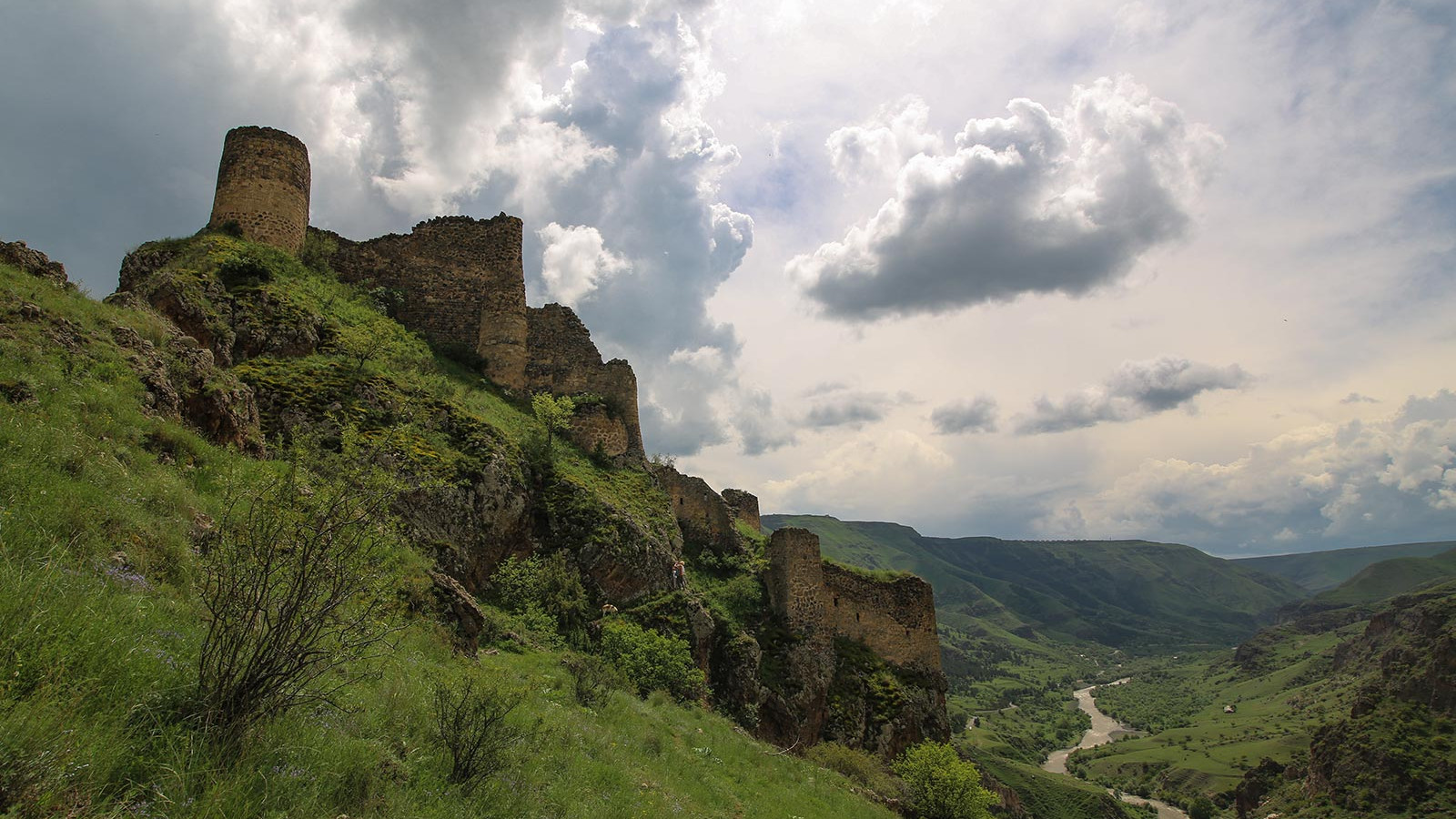 Tmogvi is a fortress in ruins, located in the southern parts of Georgia, historical Samtskhe-Javakheti, on the left bank of the river Mtkvari, in a few kilometers from the famous cave monastery Vardzia.

Tmogvi was a crucial military stronghold of South Georgia. Fortress is first mentioned in historical sources of the 9th century. In the middle ages it used to control the important route connecting Mtkvari gorge to Javakheti Plateau. In the 16th century it came under control of the Ottoman Empire who conquered Samtskhe region. Tmogvi was returned to Georgia under Russian Empire as a result of Russo-Turkish War in 1829.

Fort is spread over three hills and was encircled by defensive curtain walls, with defensive towers on each hill. A secret tunnel was providing the access to the river even during the siege. There are ruins of churches inside and outside of the fortress. One of them, the church of St. Ephrem has fragments of frescos dating back to the 13th century.