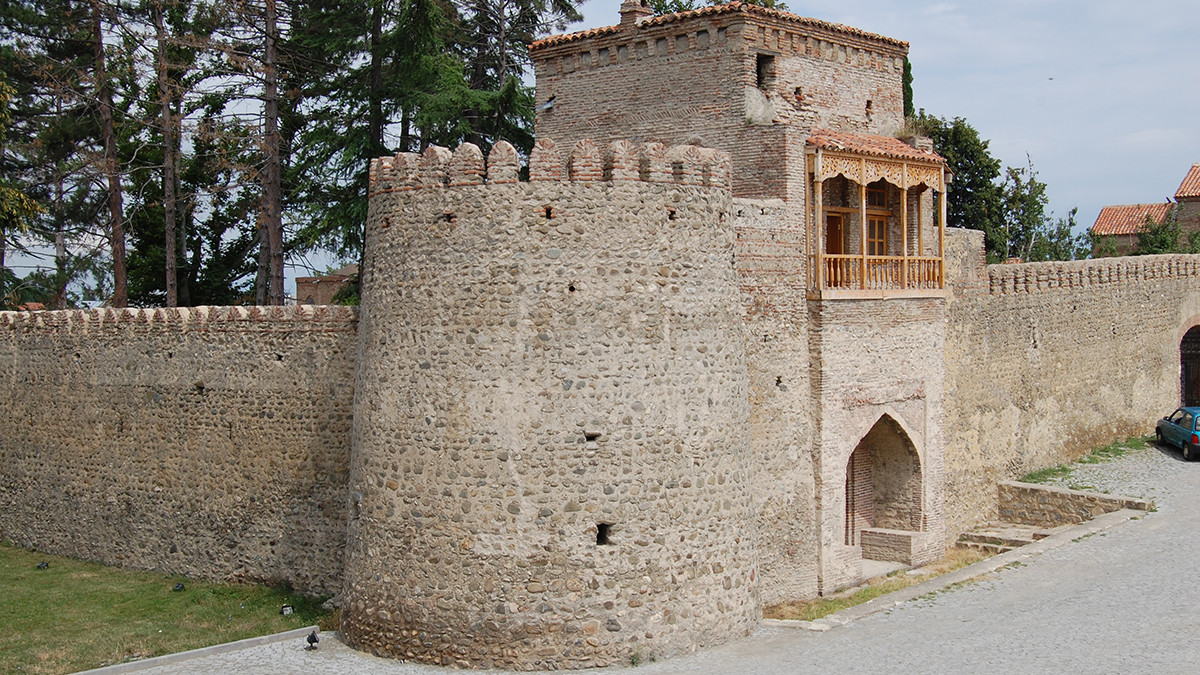 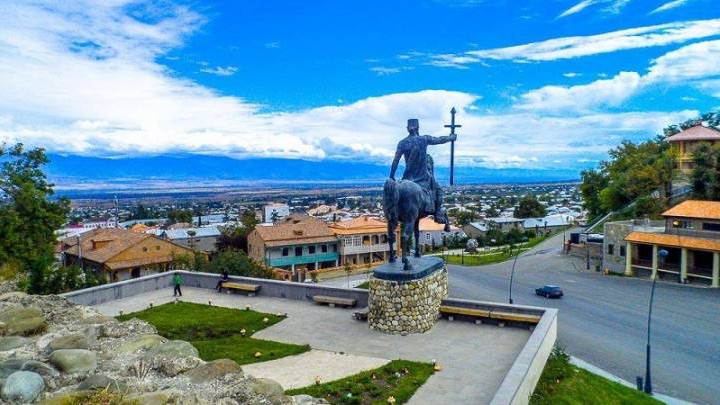 Batonis Tsikhe stands in the center of the capital of Kakheti, town Telavi. It was built in the 17-18 th century by the King Archil. Fortress used to be the most important residence for the royal family of Kakheti Kingdom.

Complex comprises two old churches, a palace of King Erekle II, and ruins of a royal bath. Outside the castle, the statue of King Erekle the Second can be seen. Despite the fact that the castle went through several reconstructions, it preserved its original face.

Russians annexed Kartl-Kakheti kingdom in 1801, Telavi castle was turned as headquarters for his Kabarda Regiment in 1802. Later, in 1805, the castle was transferred to the Russian Imperial treasury and was later used by the Russian military as barracks until 1845, when Mikhail Vorontsov, Viceroy of the Caucasus, rebuilt it. In 1865 the Georgian-born German architect Albert Salzmann (1833–1897) reconstructed the castle for the Women's College of St. Nino. In 1935, the building was adapted to its current function as a home to the Telavi Historical Museum.

In order to book the tours to Telavi and Batonis Tsikhe, please check the following itineraries:

Jeep Tour to Kakheti and Tusheti