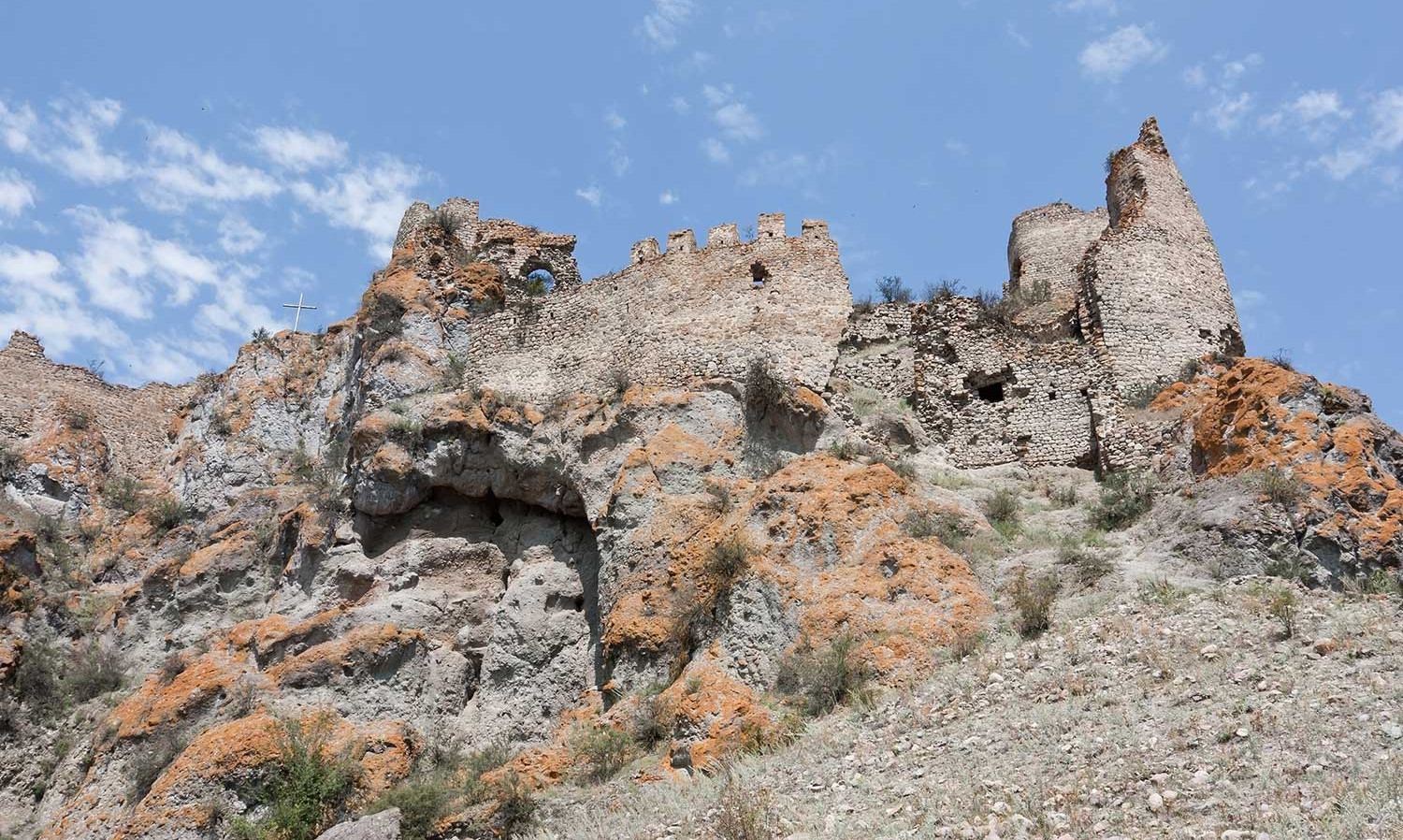 Atskuri Fortress is an example of medieval Georgian fortification architecture, located in historical Samtskhe, modern-day Akhaltsikhe Municipality, South Georgia. Fort is located in 30 km from Borjomi and 50 km from Vardzia. Such geographic location makes this historical site even more interesting, and also convenient to visit.

First historical records date the fortress back to the 11th century. Because of its location, it has been subject to numerous attacks from the south through the middle ages, mainly from Turks and Persians. From the 16th century Atskuri came under the control of the Ottoman Empire, until 1829, when as the result of Russo-Turkish war, these areas returned to Georgia who then was under the Russian Empire.

Fortification has a complex architectural design and was constructed on a rocky cliff. Rising up among the surrounding hills, Atskuri Fortress appears as a massive, rugged structure, as if it is almost a natural, integral part of the landscape.

Nowadays, fortress, its citadel and curtain walls, are mainly in ruins. Besides that, there are ruins of an old church with some fragments of the frescoes on the territory of the fort.