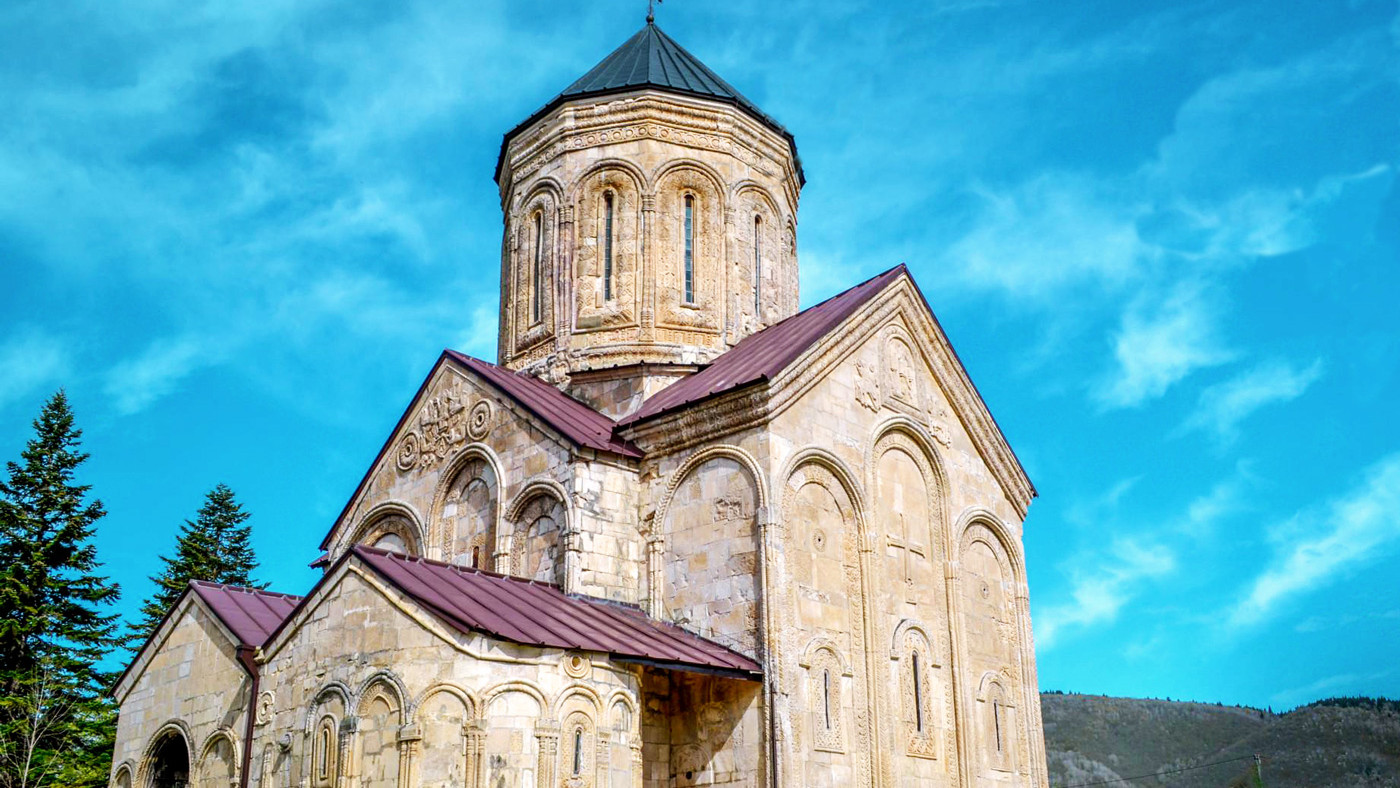 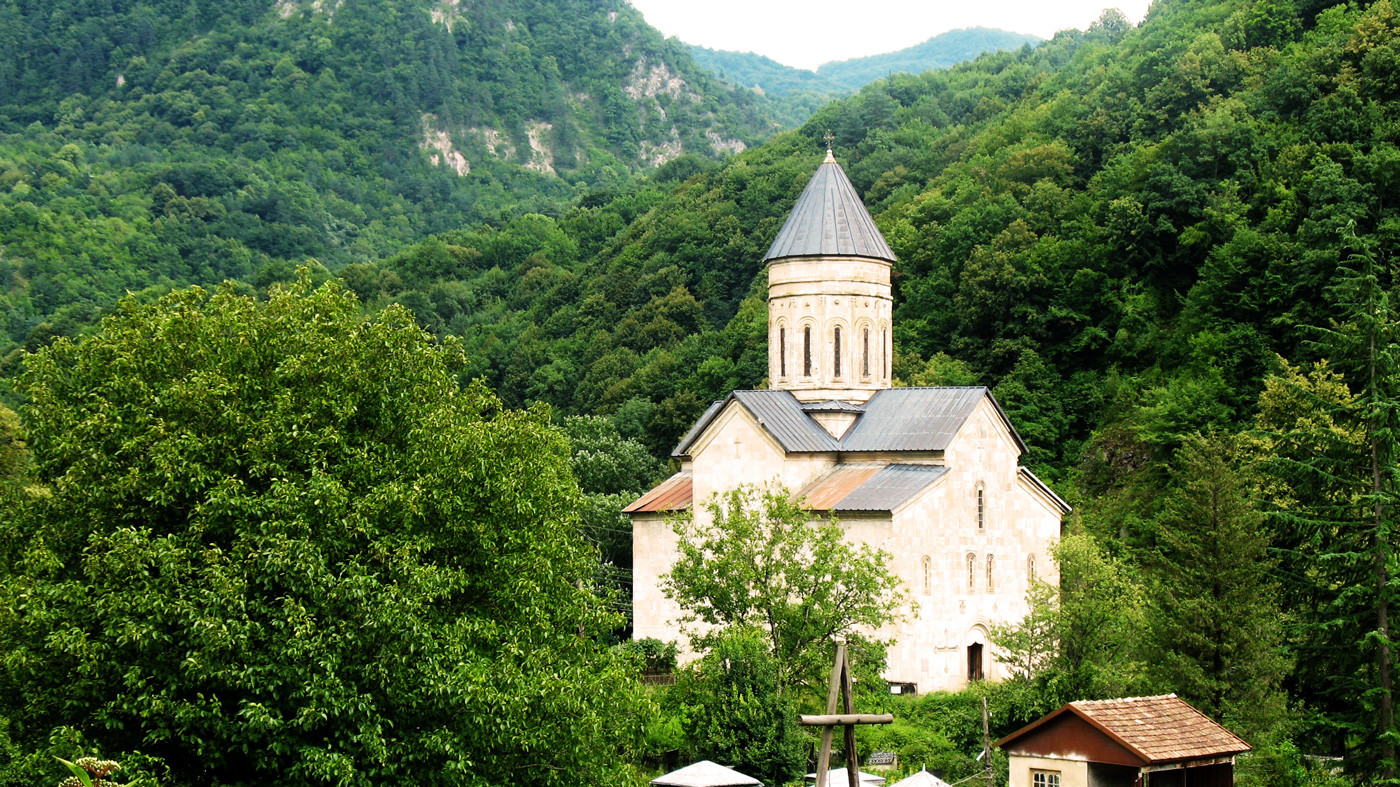 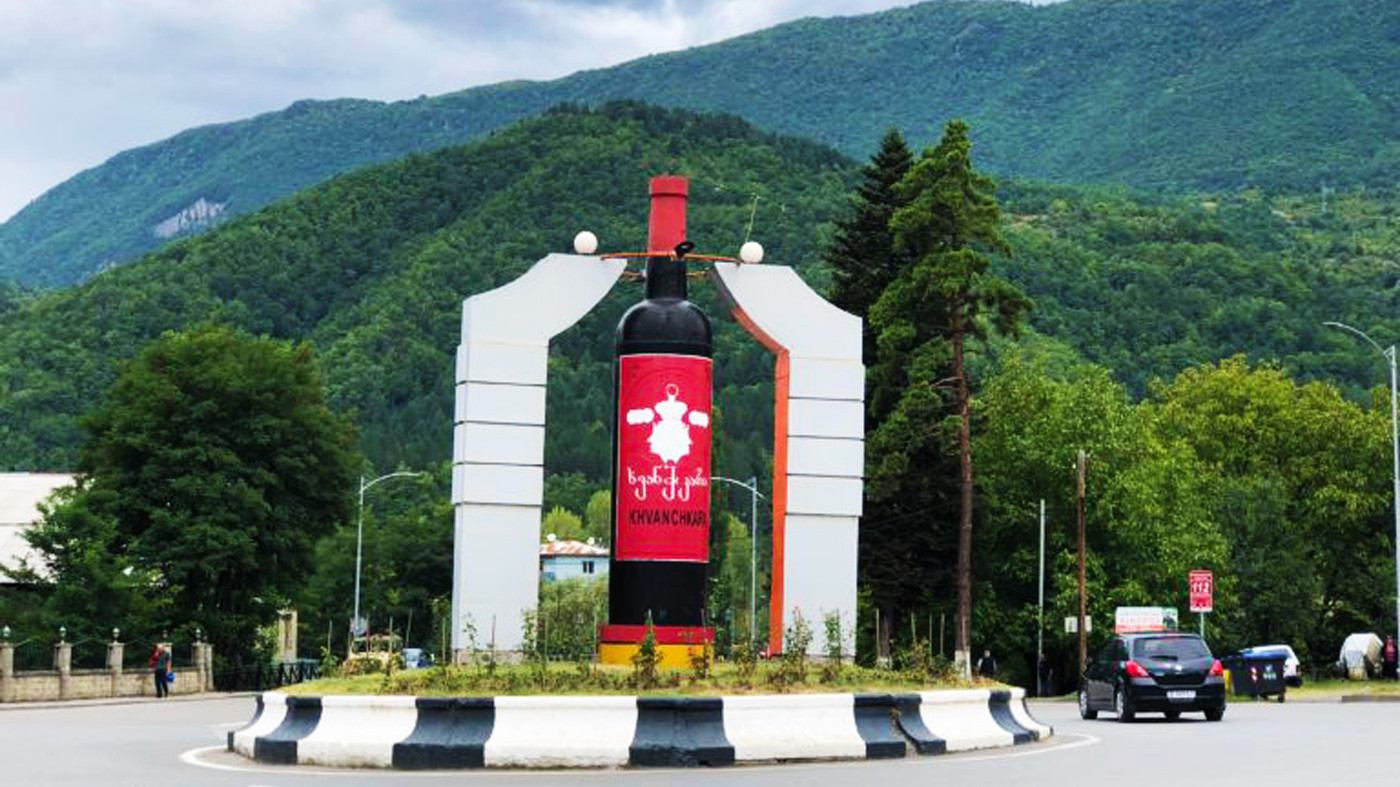 Self-governing city Ambrolauri has a population of 2,047 (2014) and is located on both banks of the river Rioni, 550 m altitude, occupying 160 ha. The town can be easily covered on foot. Local airport is within 20 minutes’ walk to the center. Airport can serve small planes carrying 15–20 passengers.

The city name was first mentioned in 1650 by the Russian diplomat Alexey Yevlev and later in 1745 Georgian Prince Vakhushti Bagrationi wrote about a Royal castle at Ambrolauri.

In 1769, Solomon I, the Great King of Imereti granted Ambrolauri to Machabeli family. After the Russian invasion of Imereti in 1810, Ambrolauri became part of the Racha. During the Soviet Period, it served as the seat of Ambrolauri district and gained the city status in 1966. In 1934, Ambrolauri was renamed Enukidze, in honour of the Soviet statesman Avel Yenukidze. After his execution in 1937, the city's original name was restored.

Today city serves as the seat of the Racha-Lechkhumi and Kvemo Svaneti regional administration and of the Ambrolauri Municipality.

Protected mild climate, fertile valleys and soil conditions around Ambrolauri, together with dedicated Rachvelians contribute to making naturally semi-sweet Georgian wines of the most exquisite character, that is considered as a National Treasure of Georgia.  The most renowned wines of the region are undoubtedly “Khvanchkara” (red semi-sweet), “Alexandrouli” (red dry), and rare for Georgia wine “Tetra” (white semi-sweet), produced in the village of the same name, 12 kilometres away. The village Khvanchkara, where the legendary winery “Khvanchkara production” stands, is a historic area for wine-making, showing its visitors that Racha region has much more to offer than just gorgeous mountains and splendid nature.

Some of the interesting sights in Ambrolauri include:

Machabeli Tower - a historical three-storey tower stands on the territory of the former summer residence of Imeretian Kings. It was built of stone and lime in the 17th century and served as an observation post.  The complex also includes ruins of a royal palace and stone hall church nearby.

The temperature in the cave stays zero degrees all year round, turning water droplets into ice in minutes.

Shaori lake - one of the most beautiful water reservoirs in Georgia is located in Ambrolauri Municipality, at the altitude of 1100 m. Its length is 7.1 km,  width 2.7 cm, depth about 1200-1400 m. Surrounded by stunning landscapes the lake is a perfect place for picnics, camping, fishing and swimming.

Tkhmori (Shareula) waterfall - besides cultural and historical sights you can visit beautiful waterfalls in Ambrolauri. One of them is Shareula Waterfall, which is a natural shower for those who want to feel close to nature.

Nikortsminda Cathedral - built in 1010 to 1014 AD by King Bagrat III, in the Racha highland region, Nikortsminda domed Cathedral is considered one of the most unique churches in Caucasus. The three-storied bell-tower next to it was constructed in the 2nd half of the 19th century. Nikortsminda is distinguished by beautiful 17th-century frescoes and exquisite exterior stone carvings, that depict biblical scenes such as the Transfiguration, the Raising of the Cross, Judgement Day, Christian Saints and other figures. The Cathedral is on the Tentative List of UNESCO World Heritage Site.

Barakoni Church of the Mother of God - this Georgian Orthodox Church is located in the village of Tsesi,  14 km away from Ambrolauri. Architect Avtandil Shulavreli built it in 1753 by order of Rachinsky Prince Rostom. Barakoni has been recognized as a significant monument of old Georgian dome architecture.

Book private 6-dayTrekking in Racha or 2-Day Racha Wine Tour from Kutaisi with us or contact travel expert here.