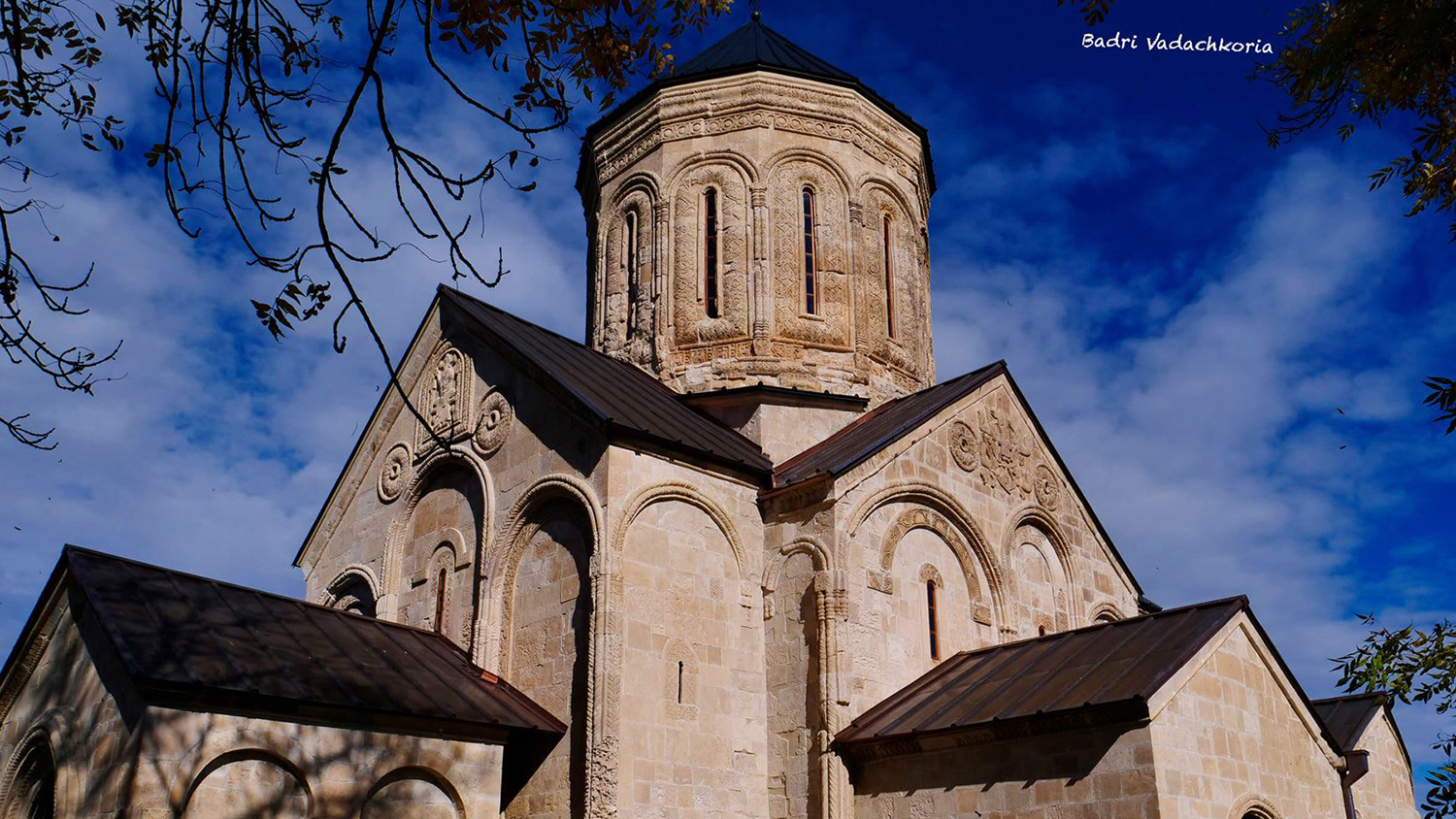 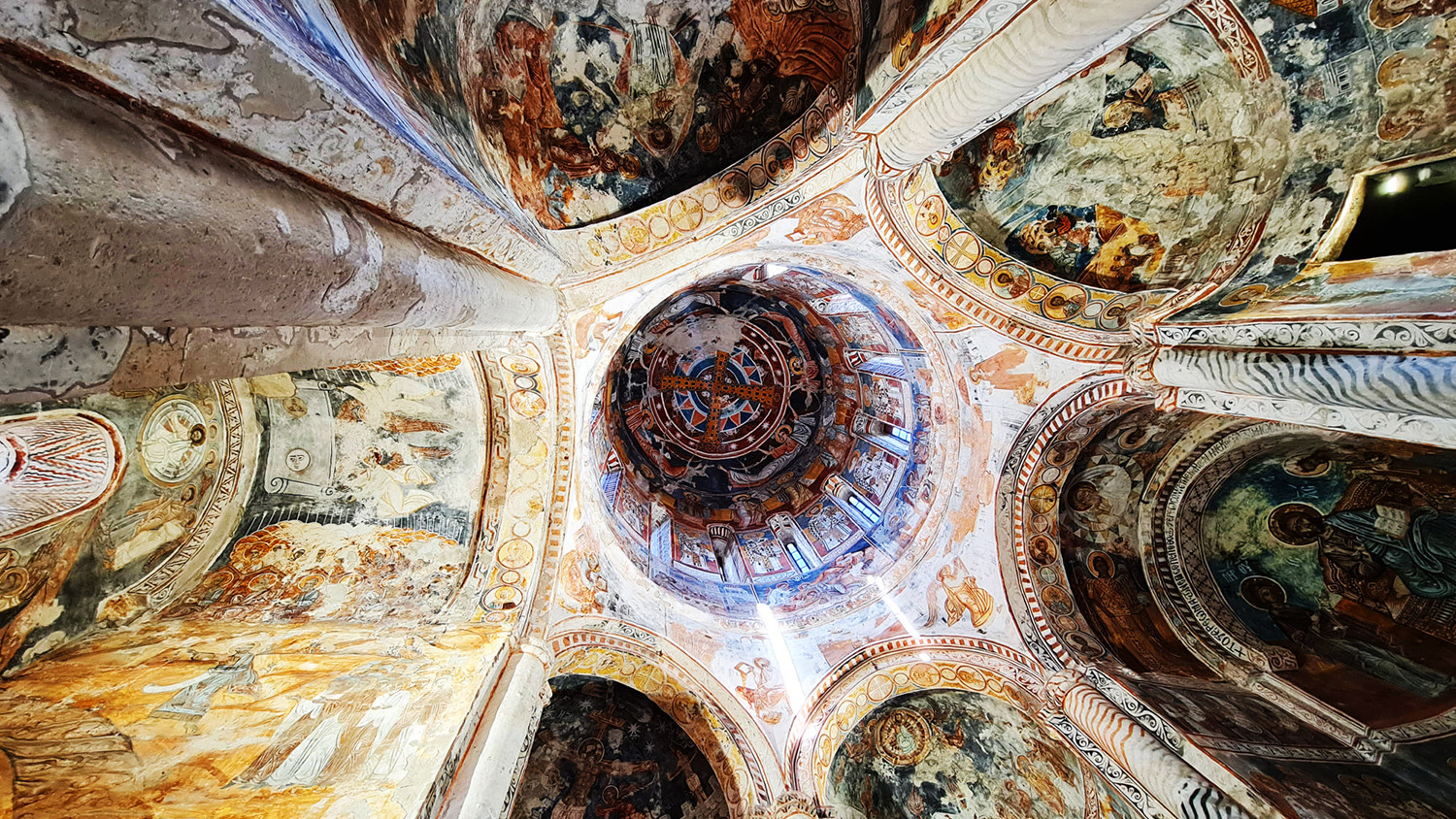 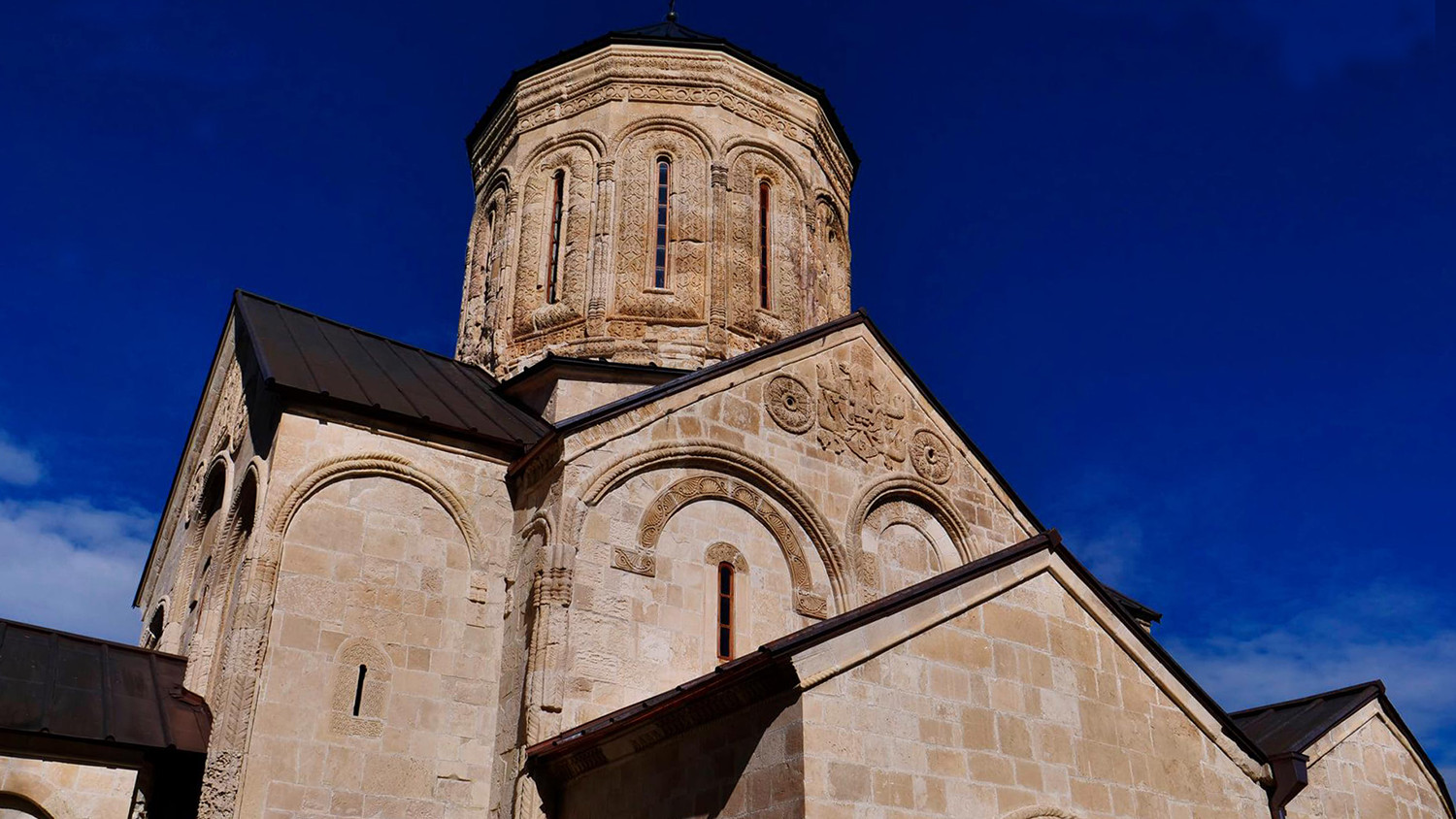 City Break to Racha from Kutaisi

Tentative List for status as a UNESCO World Heritage Site.

The first king of the united feudal Georgia Bagrat III ordered construction of a large domed temple on the foundation of old St. Nicholas church in 1010-1014 years. It became the cultural center of this Saeristavo (Duchy).

Reconstruction was done in the 16th century with the support of the King Bagrat III of Imereti.

There is a three-story free-standing bell tower in the yard, built in the second half of the XIX century.

The dome of the temple is preserved in its original form. This is a rare case, as the monument has not undergone major changes during its existence.

This masterpiece of medieval Georgian architecture, Nikortsminda St. Nicholas church has one of the most beautiful decorations. The exterior draws attention with impressive stone carvings representing different styles and depicting various biblical scenes, such as the Transfiguration, the Judgment Day, the Ascension of the Cross, saints and other figures.

Frescoes inside are dated from the 17th  century and some ornaments belong to the late-Medieval Georgian ecclesiastic art.

Day Trip To Nikortsminda from Kutaisi

City Break to Racha from Kutaisi