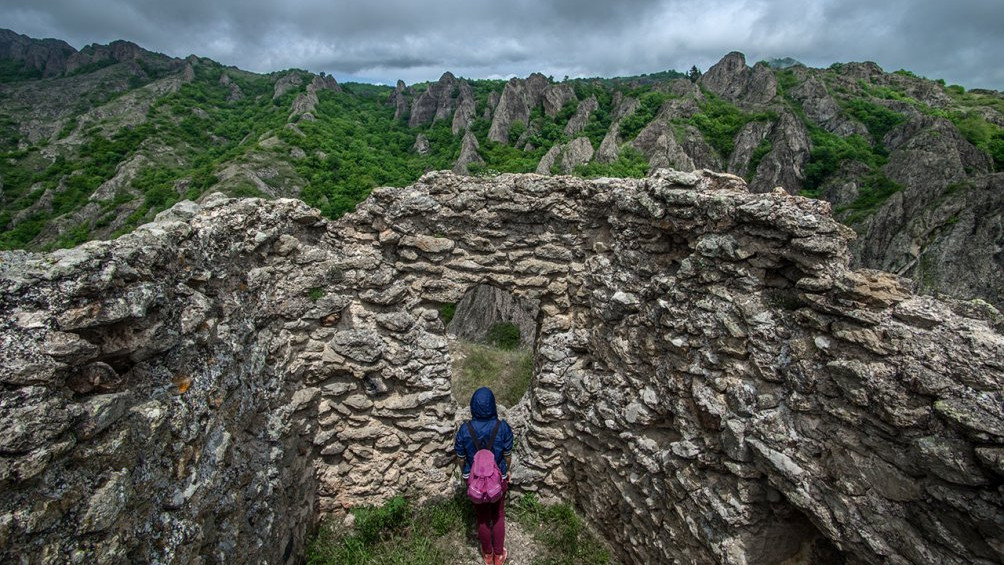 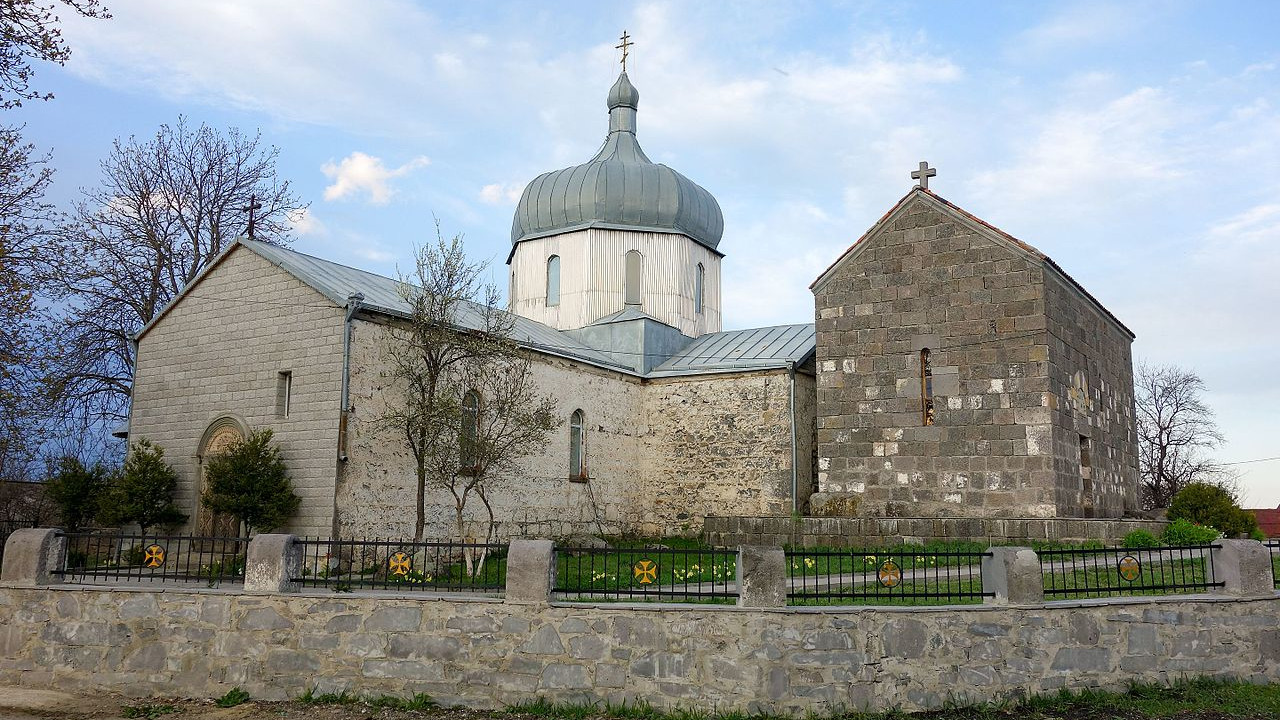 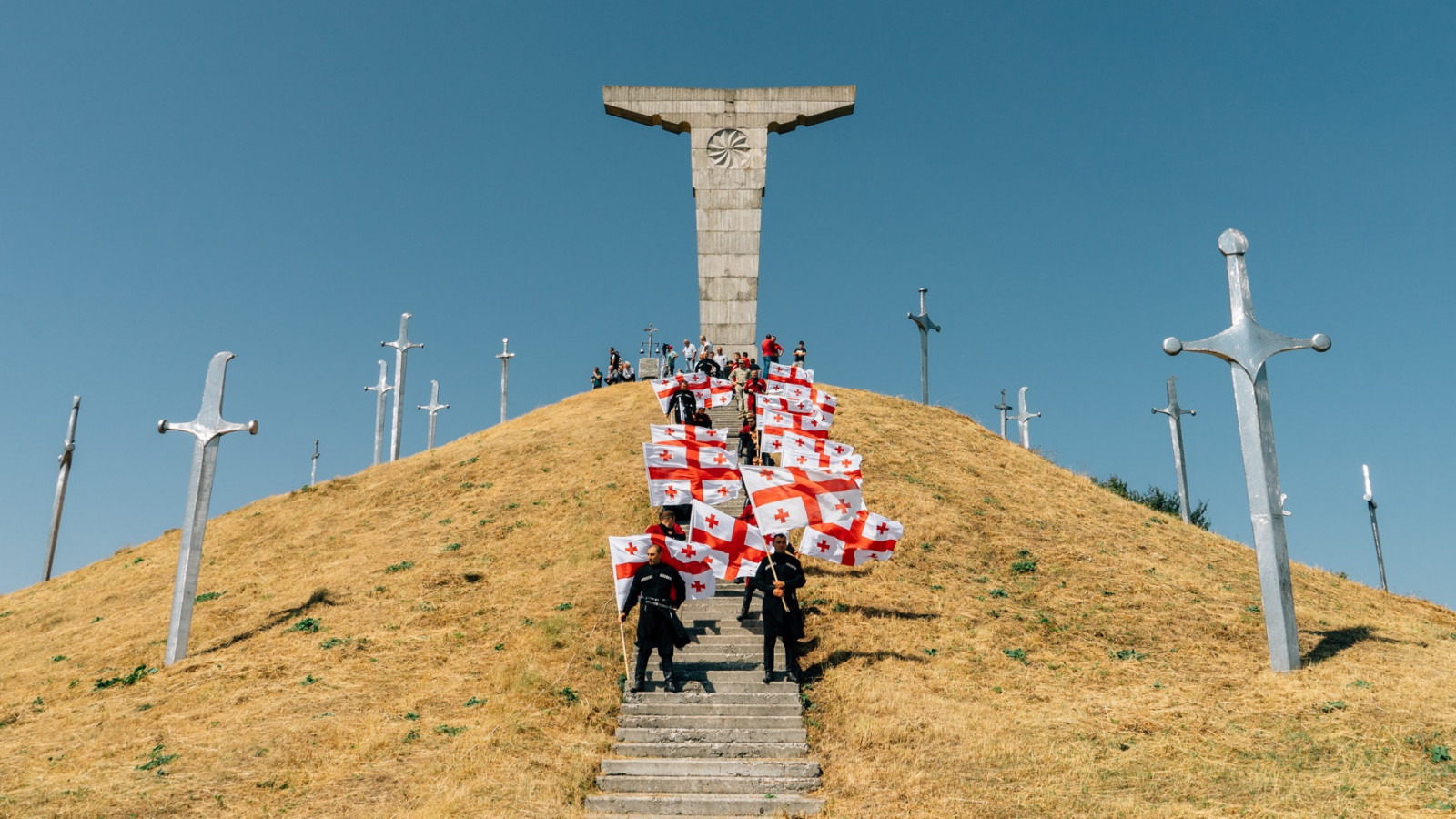 Tetritskaro is a town situated in Kvemo (Lower) Kartli region, on the slope of Gomeri Ridge, 1180 meters altitude, on the left bank of the river Chivchavi. It was called Aghbulaghi before 1940 and was translated as White Water. The population of Tetritskaro is 3093 people (as of the year 2014). Tetritskaro was founded on the place of historical village Garisi. Tetritskaro received the status of the town in 1966.

The main river of Tetritskaro Municipality is Algeti River. The Algeti water reservoir is located near the village Tbisi. Its length is 3.7 kilometers, width – 0.4 kilometers.
Algeti State Reserve was founded in 1965 to protect the Caucasian Spruce and Nordmann Fir. It was turned into Algeti National Park in 2007.

Besides fascinating nature, there are a lot of monasteries and castles in Tetritskaro Municipality:

Ruins of the medieval fortress, Birtvisi, is located near the Algeti National Park. The fortress was first mentioned in the historical documents in the 11th century. This is the perfect place for one day hiking and trekking.

Partskhisi Castle is situated on the left bank of the river Algeti, on the high hill. It was located on one of the main routes of Kartli. The oldest information about the castle dates to the 11th century, but it is considered that the castle was built earlier. Nowadays there are only the ruins of the castle.

Nadarbazevi Palace was constructed in the 9th-10th centuries and later was used as a summer residence. One can see the ruins of the palace and houses.

Khuluti Castle was built in the 18th century. There are two towers and 5 towers in the defensive walls in the castle. Khuluti Castle overlooks the river Khrami. It was able to get there using the tunnel.

Pitareti Monastery Complex consists of a monastery, a bell tower, a wine cellar, a defensive wall and several other buildings. The monastery was constructed in the 13th century.

Manglisi Cathedral was constructed in the 4th century, but the current church was built in the 6th-7th century.

A ruined fortified city Samshvde is situated near the village Samshvilde. It used to be an industrial city during medieval times. The complex is represented by St. George Church, Palata Church, other several castles and churches, residential houses.

Tetritskaro Museum was founded in 1975. There are almost 11000 exhibits in the museum – the archaeological and ethnographic materials.

The main field of economy is agriculture. It is mainly represented by animal husbandry. Marabda-Akhalkalaki Railway Line and Baku-Tbilisi-Ceyhan pipeline run through Tetritskaro. The Baku-Tbilisi-Kars railway which opened in 2017, runs along the rail line through the town.