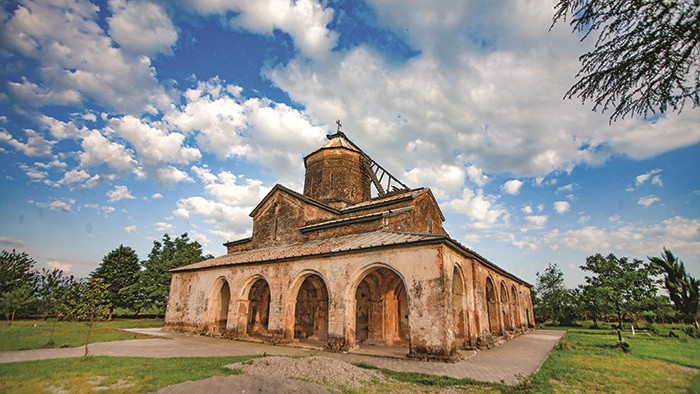 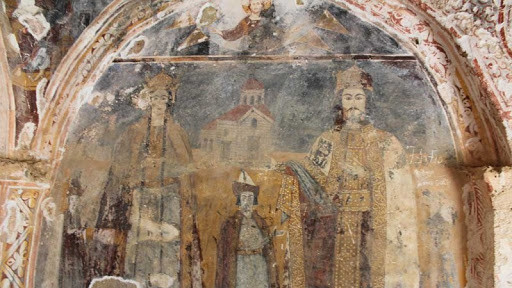 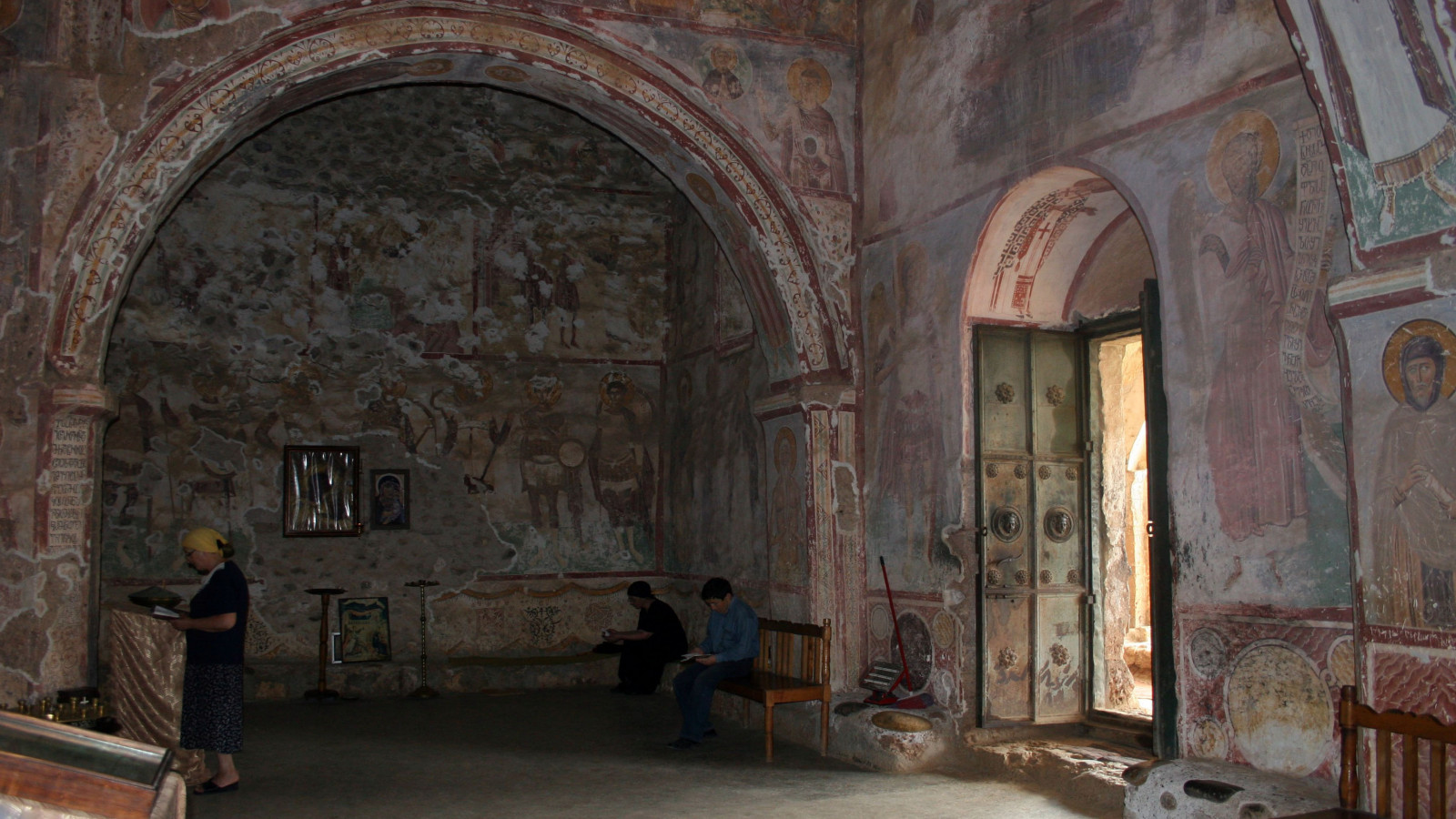 Transfiguration of Savior is a cross-dome architectural style church

Historians have varied opinions on the building date of the cathedral, however, they more or less agree that the church was built from the 10th to 13th c.c. time period. Archaeologists have also discovered the remains of the old walls on the site, which indicates that there had been a fortress before the cathedral here.

The historical parts of the complex include the cathedral church, two-storey bell tower and underground tunnel.

Cathedral was built in a cross-dome architectural style. It has three arcaded galleries. Two out of those three were used as a familial chapel of the House of Dadiani – the ruling dynasty of medieval principality of Samegrelo (Odishi). Church was repaired partially in the second half of the 20th century.

Tsalenjikha Cathedral is unique for its murals and wall inscriptions. Each wall of the church is painted by different persons during different time periods. The wall inscriptions done in Georgian and Greek languages reveal the dates of the frescoes, as well as the names of persons who either painted, or repaired them: Cyrus Emanuel Eugenicus in the 14th century, bishop Eudemon Jaiani who repaired the paintings in the 17th century. Eugenicus was a Byzantine artist who was recruited from Constantinople by Vameq I Dadiani, the duke of Samegrelo. The murals of Eugenicus are the unique examples of late Palaeologan art.

Two-storey belfry is located at the entrance of the complex, from the north of the cathedral church.

3-4-meter-high and 40-45-meter-long tunnel is another interesting structure, located to the west from the cathedral.