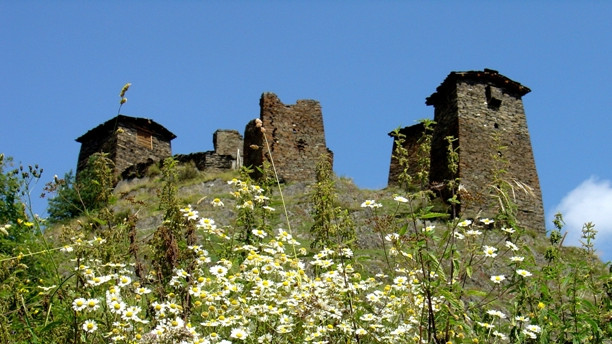 Keselo is one of the highlights fortress of Omalo, Tusheti 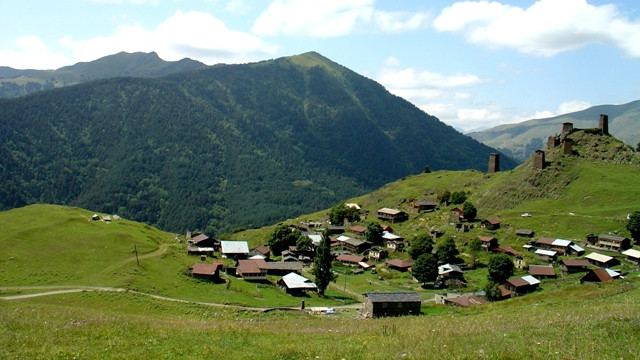 Omalo is situated on the territory of Tusheti National Park. The road Alvani-Omalo is considered as one of the most difficult roads to drive. The way goes through Abano Pass, the watershed of Great Caucasus Mountains and highest point on the road is 2850 m above sea level. After heavy snow the pass opens in summer season only. Jeep 4x4WD is essential to cover this 81 km (about 3 hr drive)

Omalo, and Tusheti in general, remain isolated for majority of the year due to harsh climatic conditions and absence of well-maintained roads.

The mountain village Omalo is located in historical province of Tusheti, Akhmeta municipality, at an elevation of 1880 meters above sea level, between the Greater Caucasus Mountain Range and Pirikita Range. According to the 2014 population census, 37 people live permanently in Omalo.

Omalo is notable for its unique ethno-cultural heritage, especially for its historical parts of the village, which is a great example of medieval architecture of Tusheti.

Keselo Fortress is one of the highlights of Omalo. It was constructed in 1230, during the Mongol invasion. Later, it also served as a defense from the raids of Northern Caucasian people. The fortress mostly remained in ruins until 2003, when it got partially restored.

Medieval residential houses of Omalo are the samples of Caucasian mountain architecture. Most of them in Omalo that survived up to this day are built during 17th-19th c.c.

To book a private tour, please, contact travel expert here or book the itineraries below: