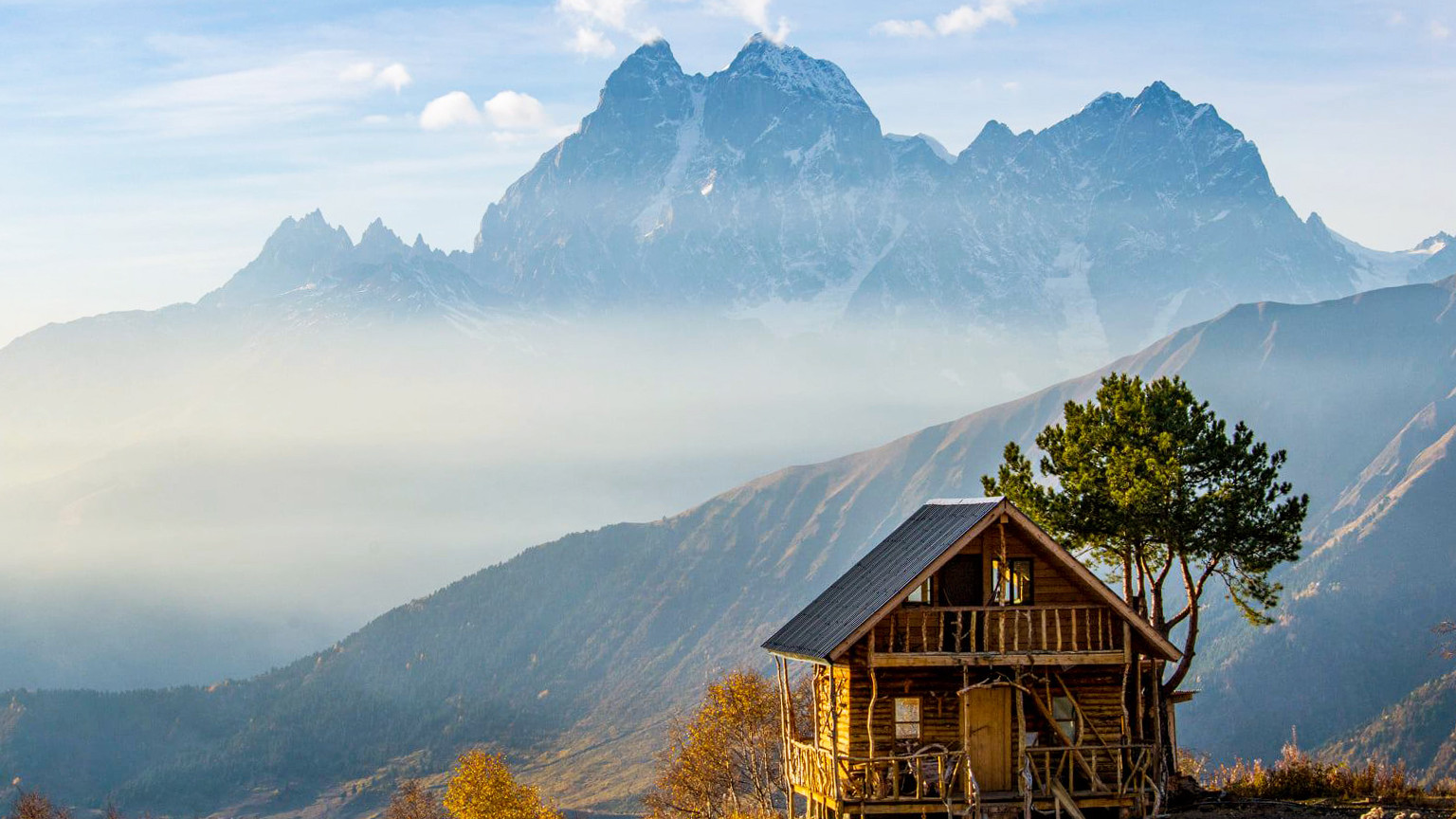 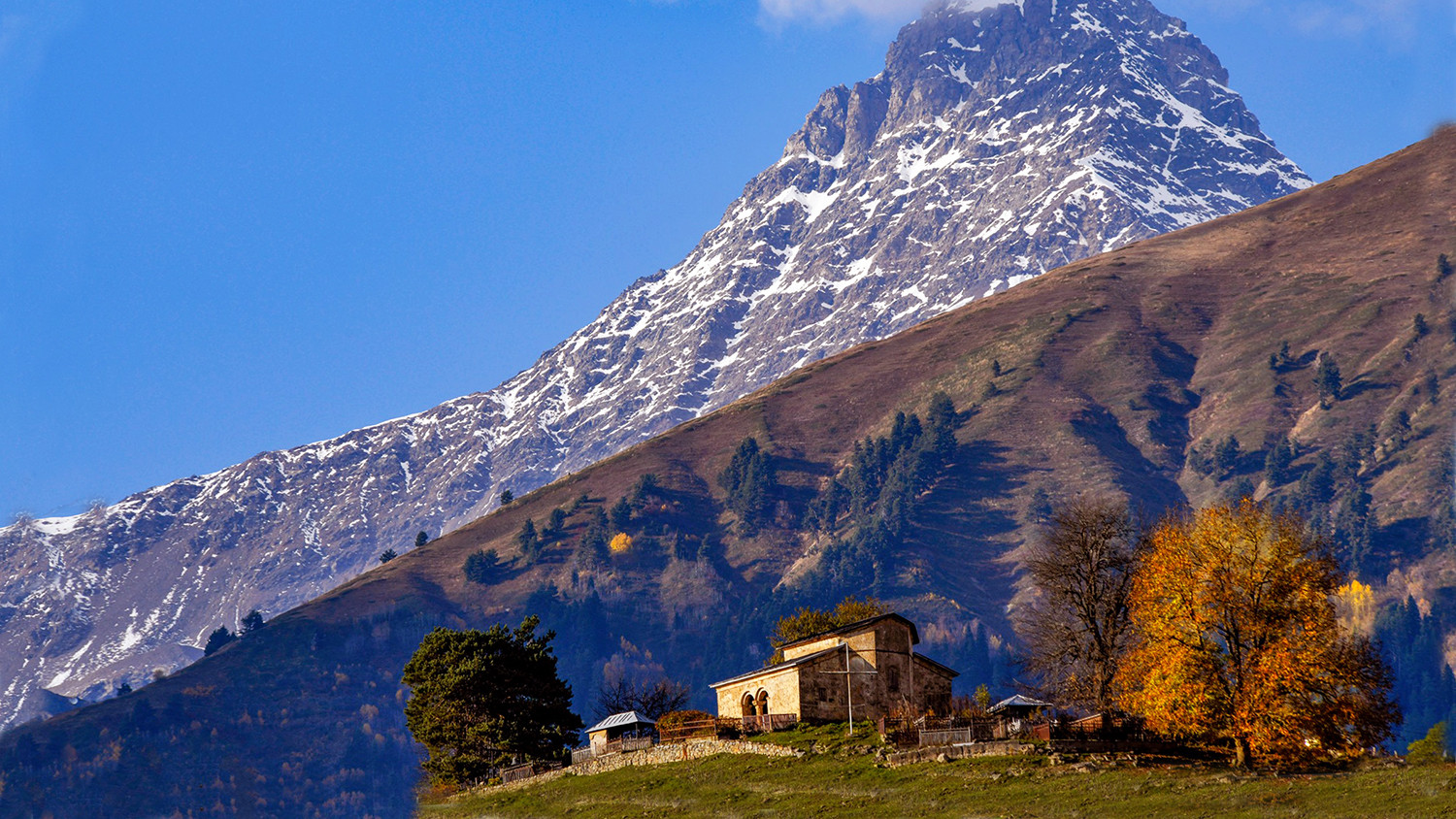 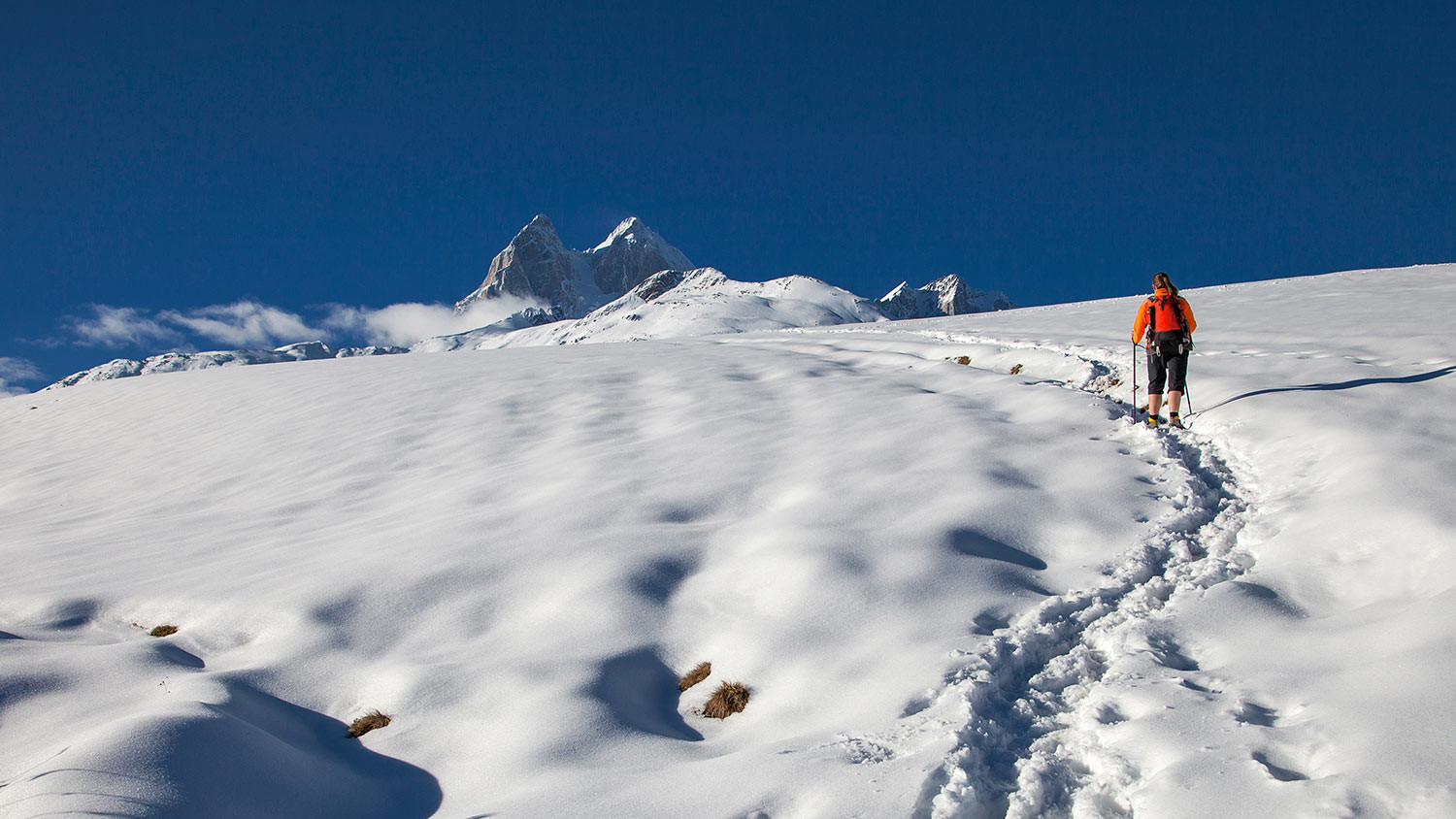 Ushba is one of the most famous and tricky peaks of the Greater Caucasus Mountains. It is located in Georgia, but one pass goes through the border between Svaneti and Kabardino-Balkaria, Russian Federation. The summit is considered as one of the most difficult ascents in Caucasus.

Ushba 's south summit 4710 m is slightly higher than its north summit 4,690 m. The north summit was first climbed in 1888 by John Garford Cokklin and Ulrich Almer, while the south summit saw its first ascent in 1903 by a German-Swiss-Austrian expedition led by B. Rickmer-Rickmers.

Ushba's north summit is more accessible than the south summit: the standard route, the Northeast Ridge, ascends from the Russian side of the range to a high plateau and thence to the summit. (Hence a summit ascent on this route technically involves crossing the border.) The route is graded French AD+ or Russian 4a. Routes on the south summit, from the Georgian side, include two routes graded French ED

To book private tours to Svaneti, please, check itineraries below or just contact us here