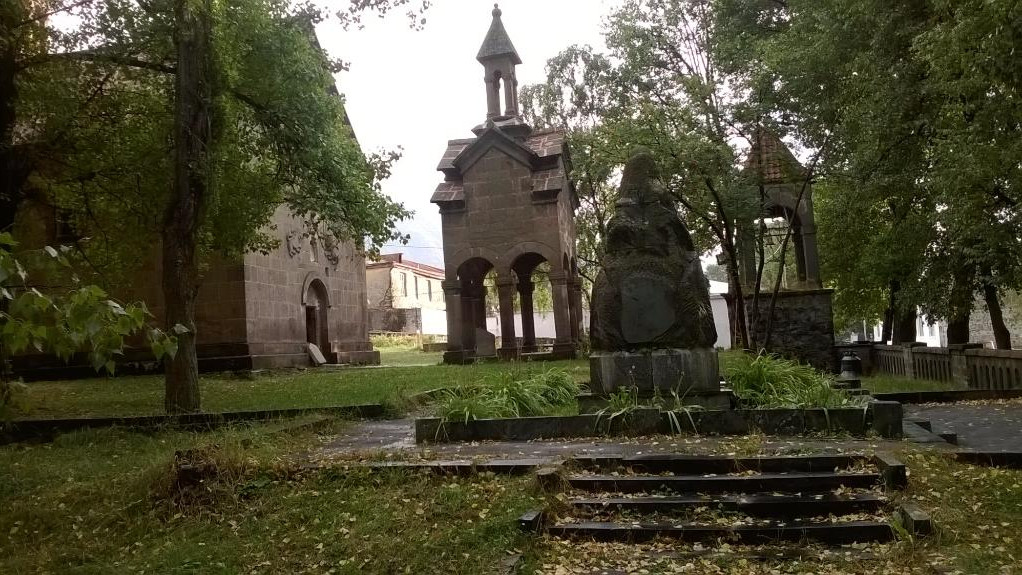 Stepantsminda translates as "Saint Stephan" from Georgian, and the place hereby was named after a Georgian Orthodox monk Stephan, who constructed a hermitage at this location according to the legend. Later on, in the 18th century, the settlement came under the control of a local feudal magnate, the Chopikashvili family, who were in charge of collecting tolls on travelers in the area. Gabriel Chopikashvili, adopted the surname Kazbegi, and the village under his control was also frequently referred to as "Kazbegi". Gabriel Chopikashvili-Kazbegi's grandson was the notable Georgian writer Alexander Kazbegi. The Museum is located in the memorial house of the author; together with the library and personal belongings of the writer, the museum houses ethnographic artifacts typical of the Khevi region; archaeological exhibits; religious relics; books, and various works from local artists.