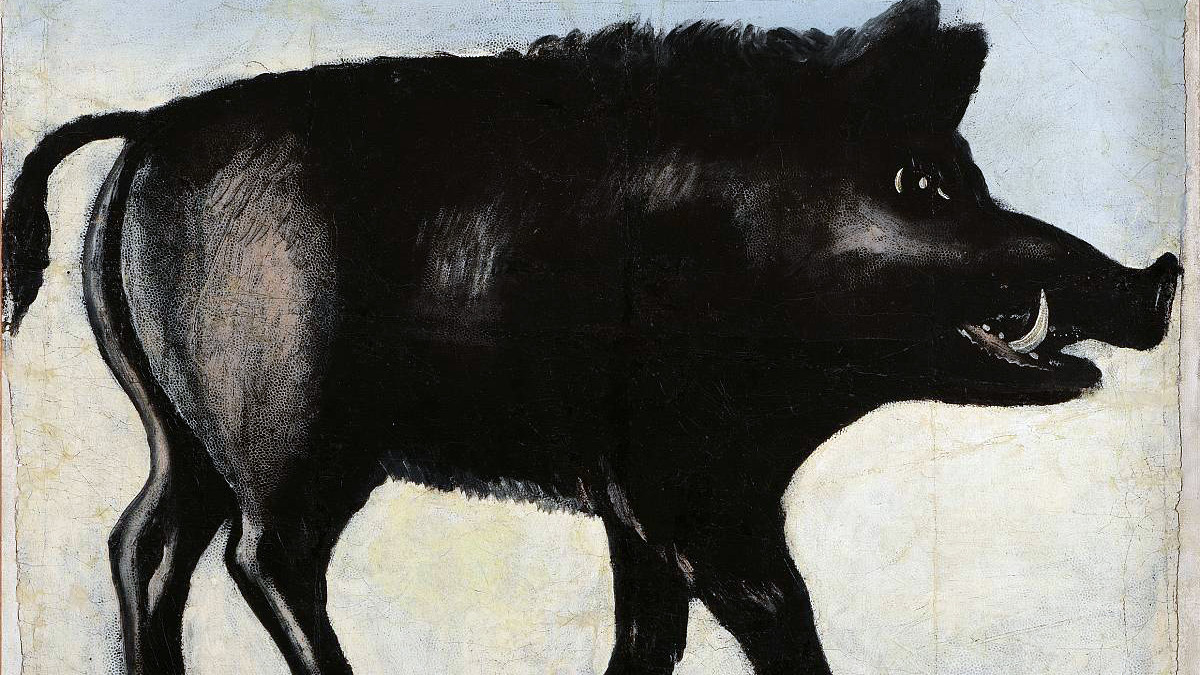 White Cow on a Black Background 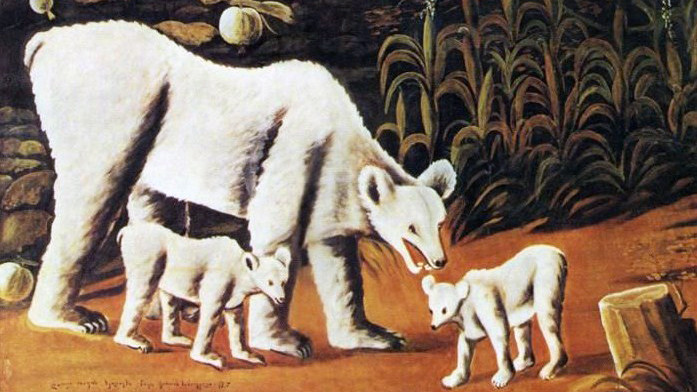 Mother Bear with her cubs 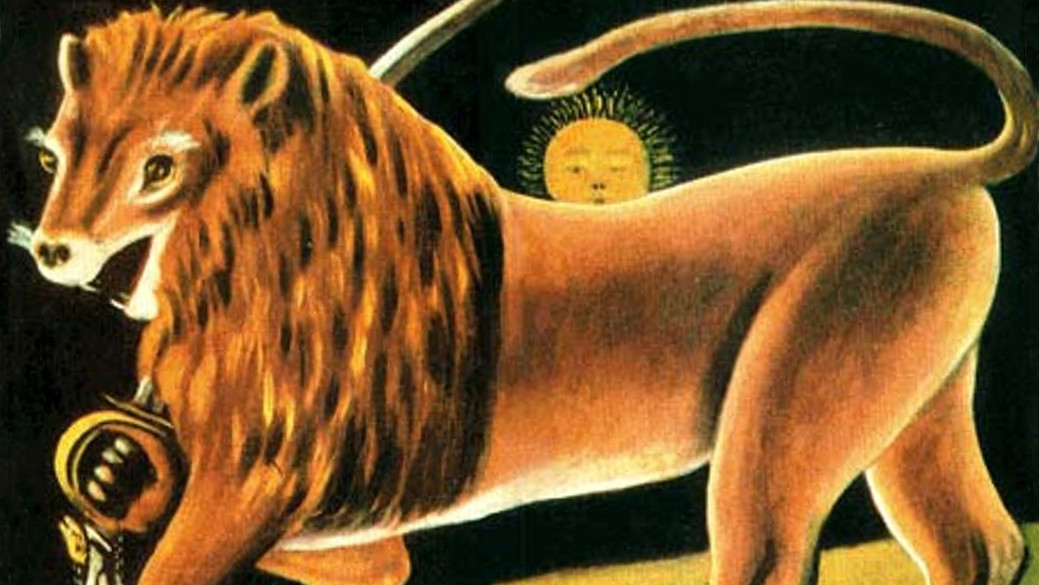 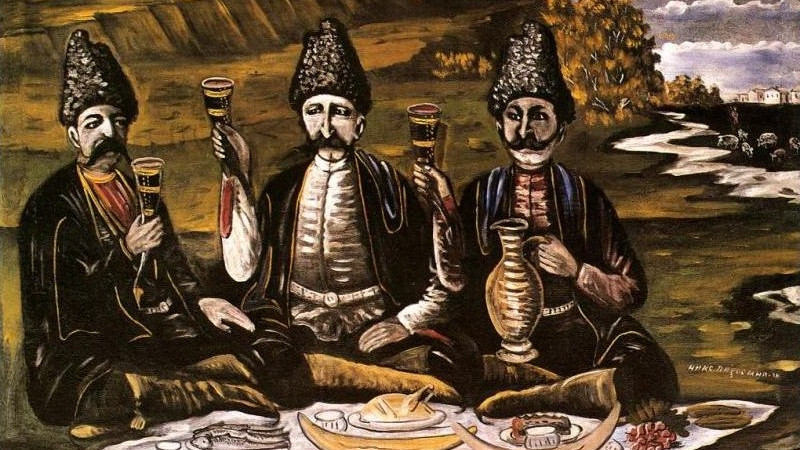 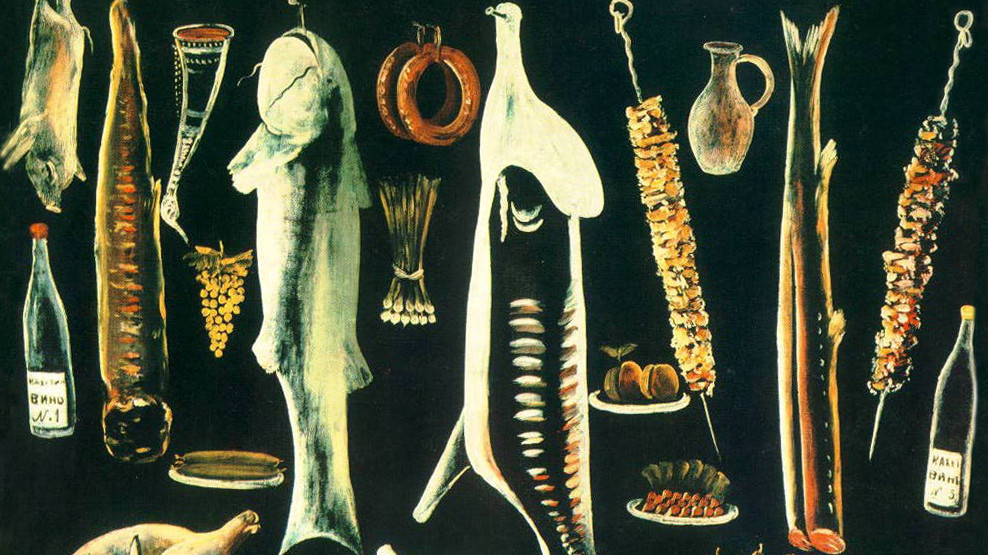 Born in Eastern region of Georgia Kakheti (1862 - 1918), a farming family in Mirzaani village, Niko taught himself to paint, creating his own kind of oils to write directly onto black oilcloth, a heavy cotton or linen cloth with a linseed oil coating.

His Naïve art depicts animals, portraits, naturmorts, battles, signboards for shopkeepers and white-washed buildings, scenes showing local feasting life. He rarely was associated with professional artists, was rarely seen within artistic circles and his art was often sold for a small fee in winecellars – so called Duqani in a poor districts of Tbilisi.

One of the most famous artworks is the portrait of a French dancer - actress Margarita (1905). Nikala saw her performance in Tbilisi Park Mushtaidi. He sold all property he owned to buy thousands of roses that were strewn in front of the hotel where Margarita lived. This extraordinary, romantic gesture was recounted in the lyrics for the Soviet Russian pop-song - A Million Scarlet Roses (1984), written by poet Andrei Voznesensky and sung by Alla Pugachova.

We know nothing about Margarita and her relationship with Niko, but she did return to Paris.

Niko continued to paint and display his work in restaurants. These later years were particularly difficult: homeless, suffered from poor health and slept under the staircase in the basements of one of the shaking houses nearby Tbilisi railway station.

9th of April, in 1918 he was found unconscious and taken to hospital. The cause of death after the several hours was stated - malnutrition and liver disease.

Pirosmani produced an immense number of paintings, many of which have been lost over time. His reputation grew when his naïve style became admired in the art circles of Paris after the end of the First World War. Niko Pirosmani artworks are considered as Georgian National Treasure.

At the same time several pictures of the most celebrated Georgian artists are presented here, in Mirzaani village, coupled with the world-famous lithograph of Pablo Picasso Pirosmanishvili Portrait.

The museum possesses also the unique collection of old handmade kilims and carpets one of which was weaved by the artist’s mother.

The museum has got rather large set of ethnographic material that clearly reflects traditional lifestyle of the historical province of Kizikhi.