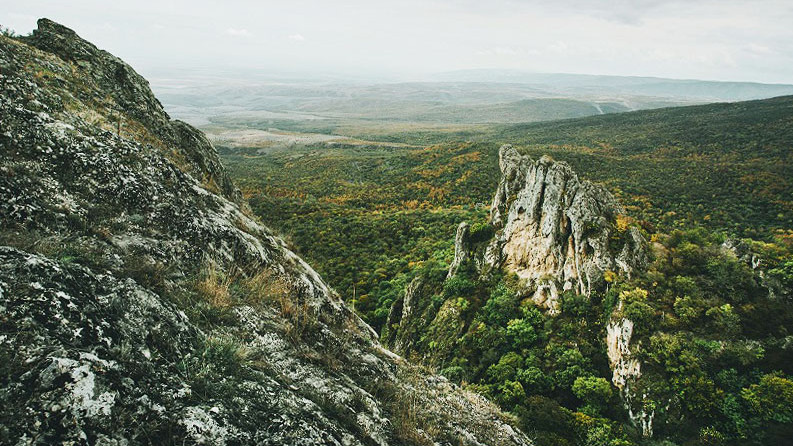 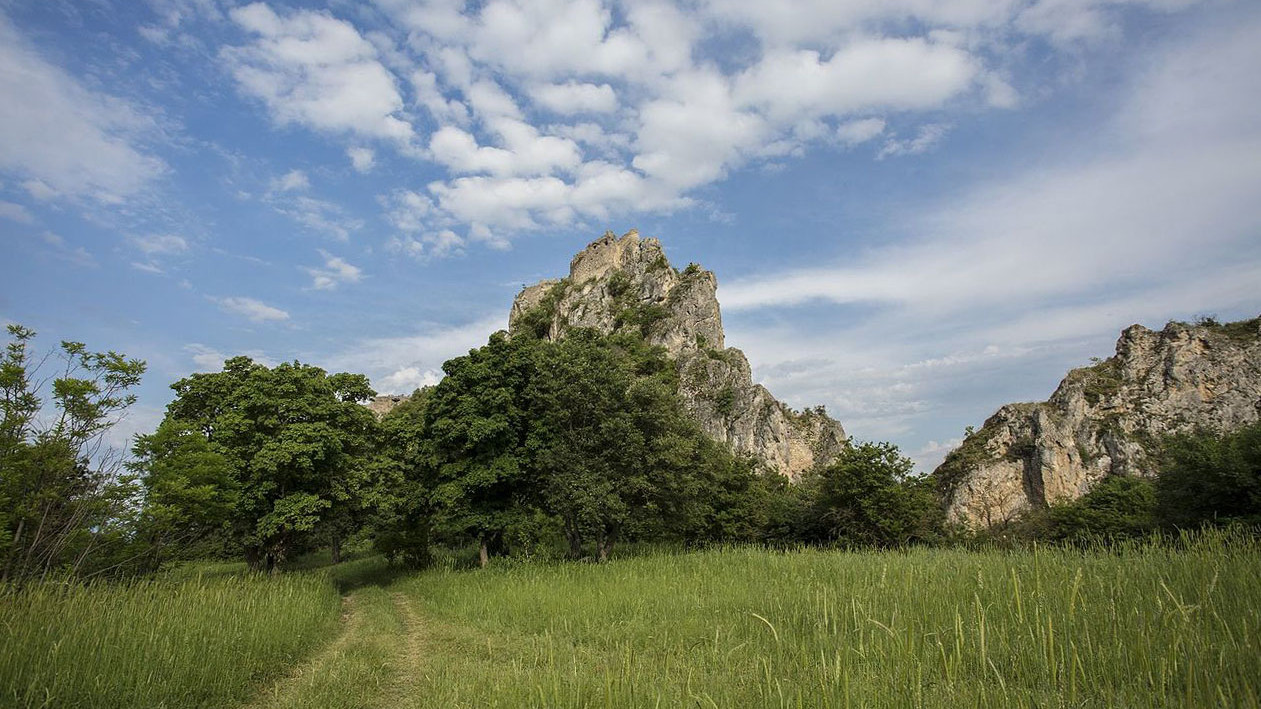 The road from Dedoplistskaro 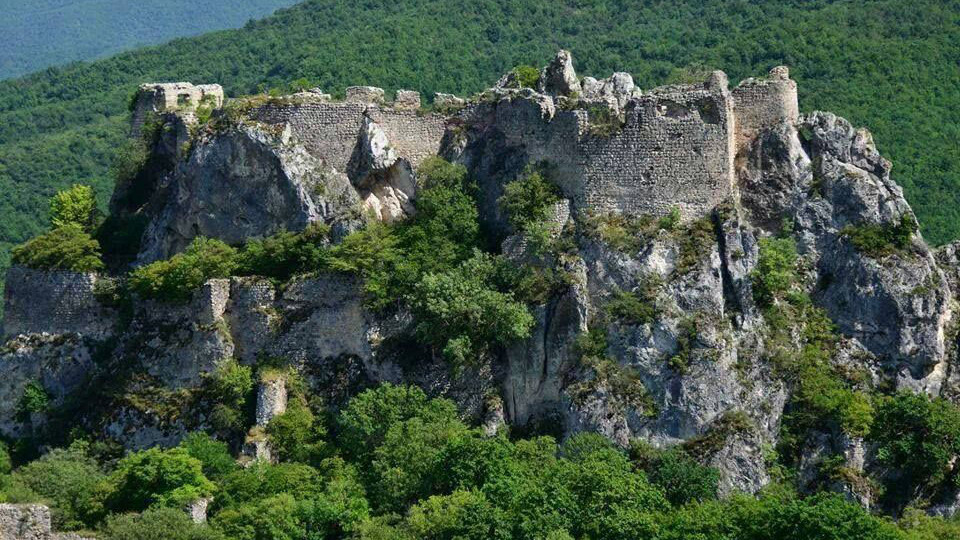 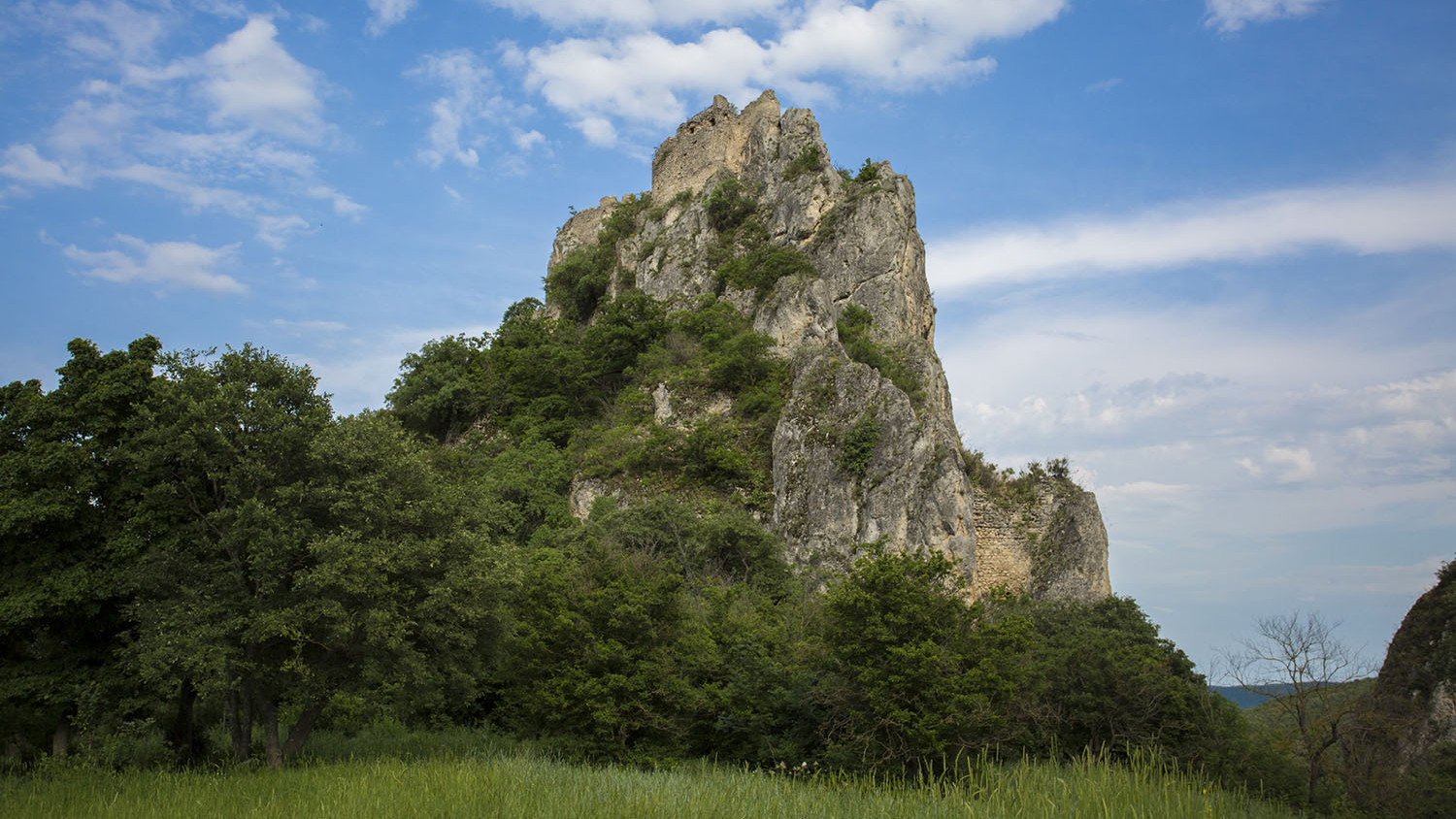 Ruins of Khornabuji Fortress is located in the Easternmost region of Georgia – Kakheti, Dedoplistskaro Municipality, near village Khornabuji and in just few minutes drive from town Dedoplistskaro.

Khornabuji was a castle-town, founded by King Vakhtang Gorgasali in the 5th century. However, archaeological excavations have found the remnants of settlements even from the pre-Christian times.

Khornabuji Fortress was standing on the eastern end of Gombori Mountain Range a historical province of Hereti, on an important strategic location controlling a trade route that leads to the south-east, modern-day Azerbaijan and Iran. Since the 13th century town was abandoned, however, the fortification kept its military functionality until the late medieval times.

Fortress was defending the road connecting Alazani river valley and Gombori hills. Road passes below the fort, between the hills, that is thought to be, at least partially, be cut artificially. Nowadays, there are ruins of the fortress walls and towers at the site, as well as several tunnels, stairs and water reservoirs.