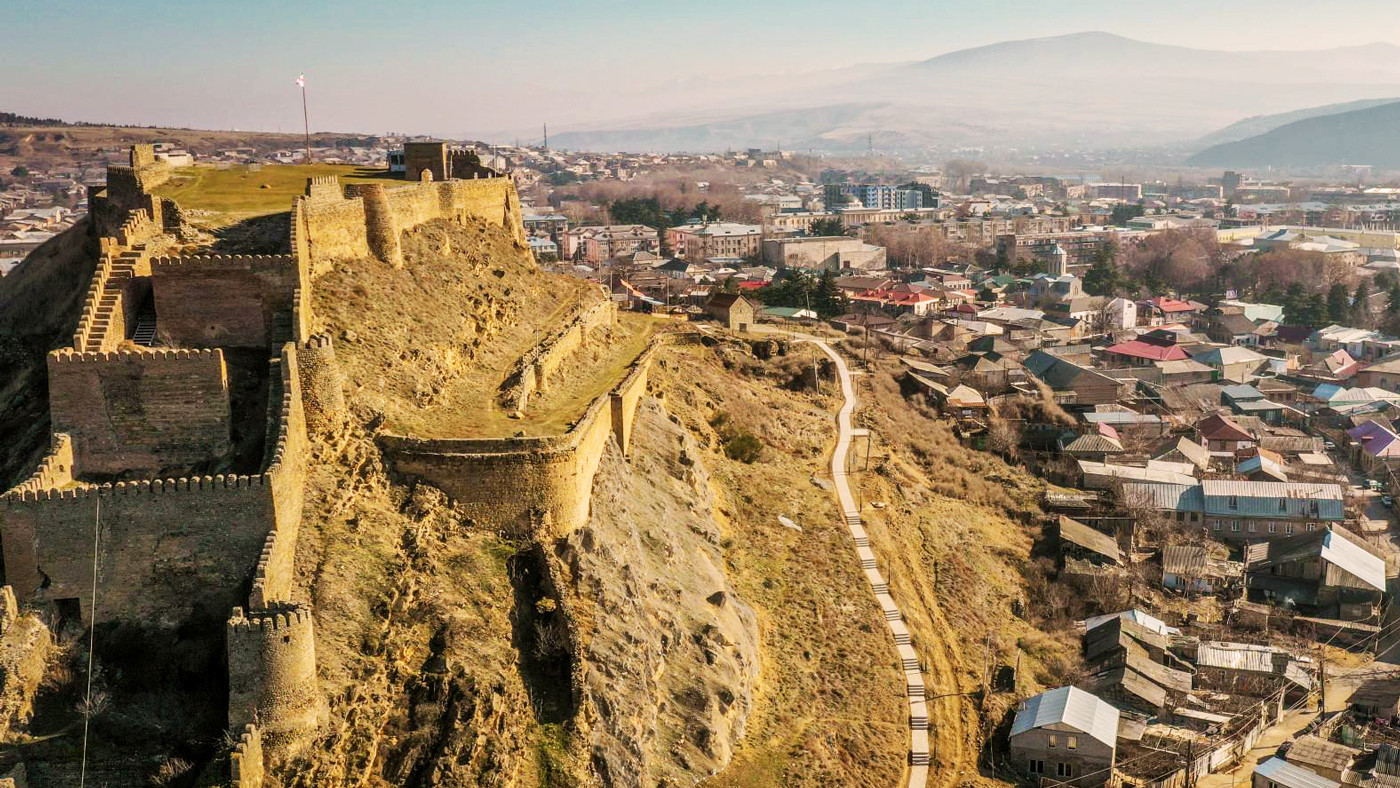 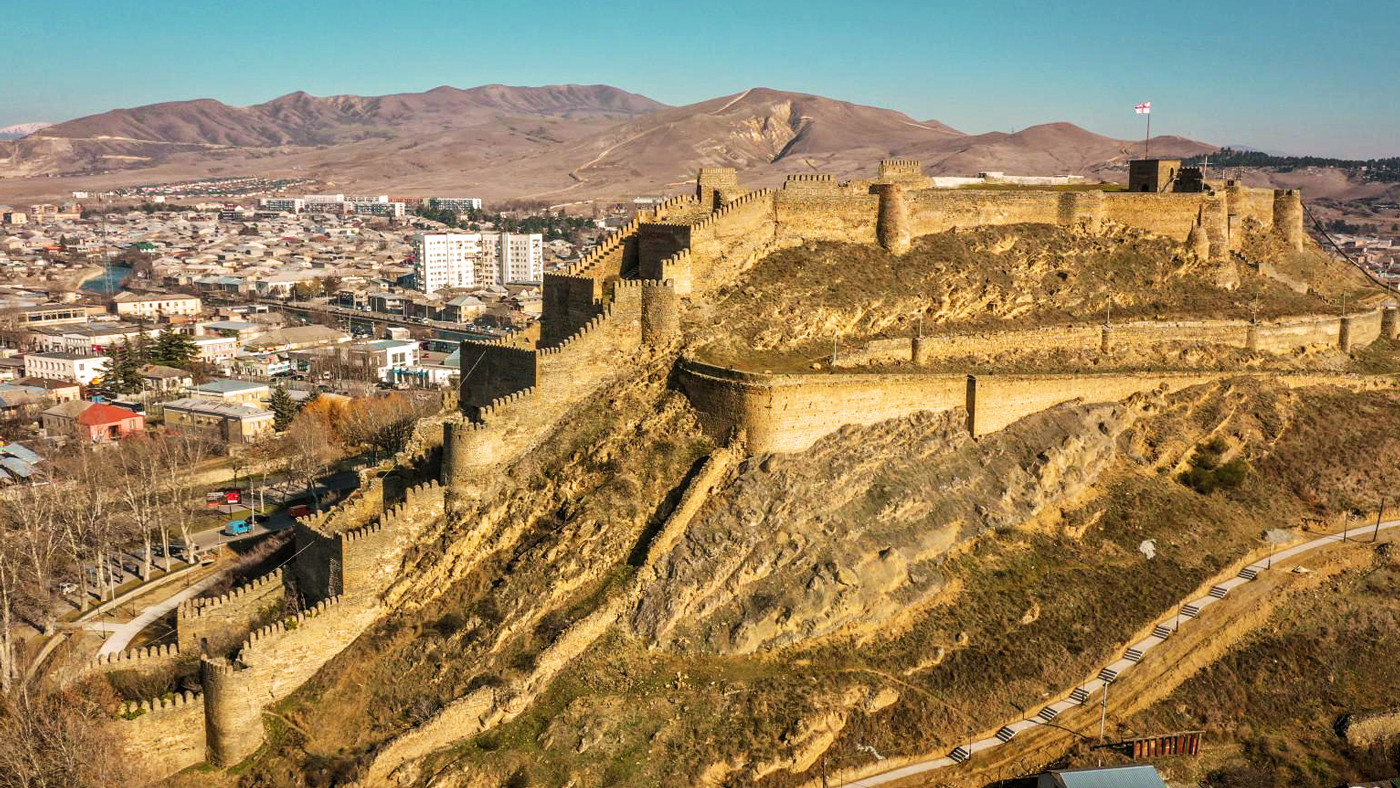 Goristsikhe is a medieval citadel standing above the town of Gori on a rocky hill, at the heart of Inner Kartli region, Georgia.

Gori Fortress first appears in the 13th century historical records, however, archaeological evidence proves that the area had already been fortified in the ancient times. Fortress had a special strategic location: it controlled major military and economic routes in Kartli region, and for this reason, often accommodated a pretty large garrison. In the 16th century Gori Fortress was captured by the Ottoman army, and then it continually changed hands between Turks, Georgians, and Persians.

Modern-day form of Gori citadel was acquired under the renovations held by the Georgian kings Rostom of Kartli in the 17th century, and, mainly, under Erekle II, in the late 18th century. Gori Fortress was seriously damaged by the 1920 earthquake. The best preserved structure is at the western part of the complex - Tskhra-kara (“the Nine-gated”), which is continued by the supplementary walls towards the south and east. There are ruins of a small church in the south-east part of the fortress as well.