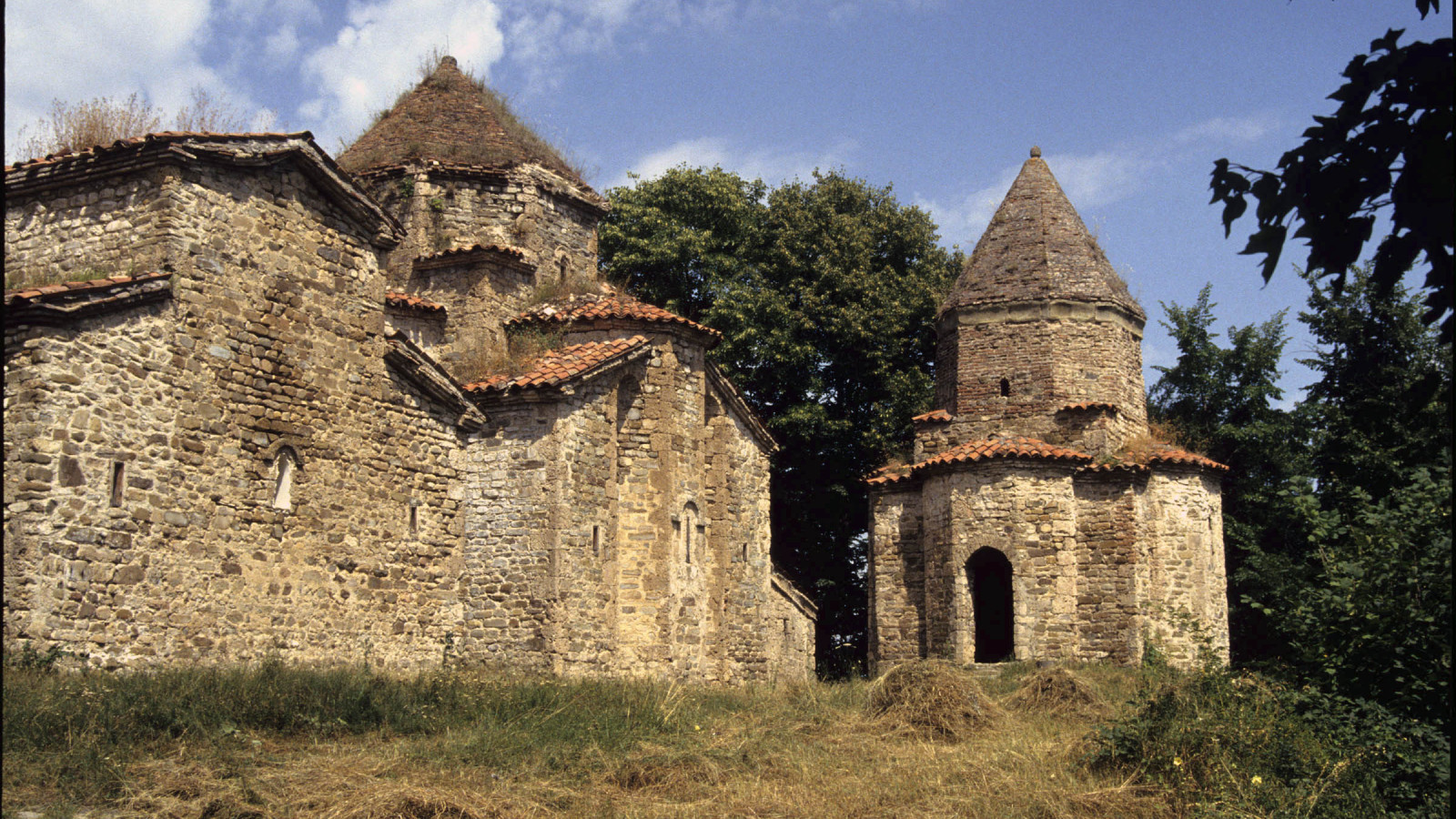 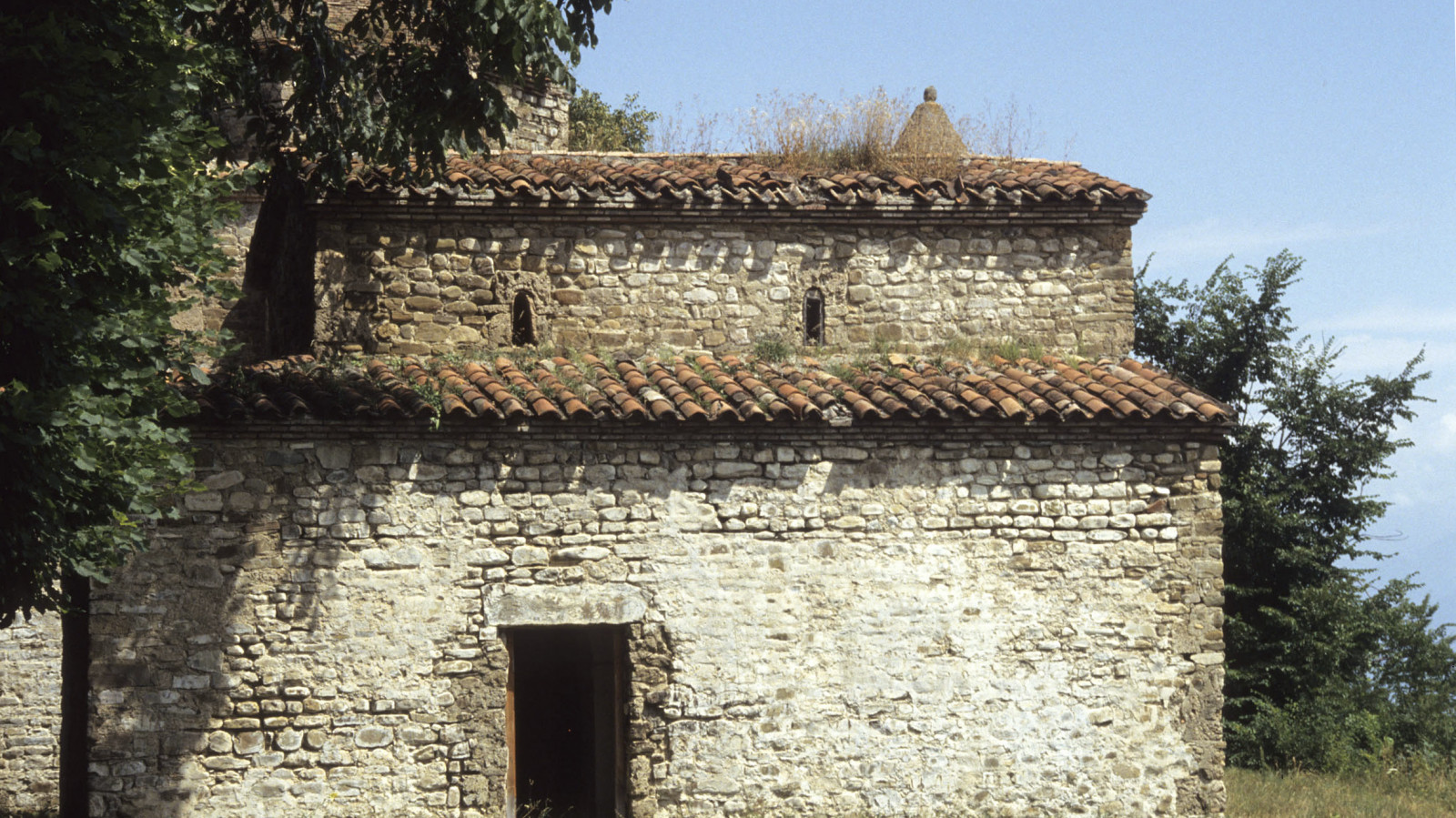 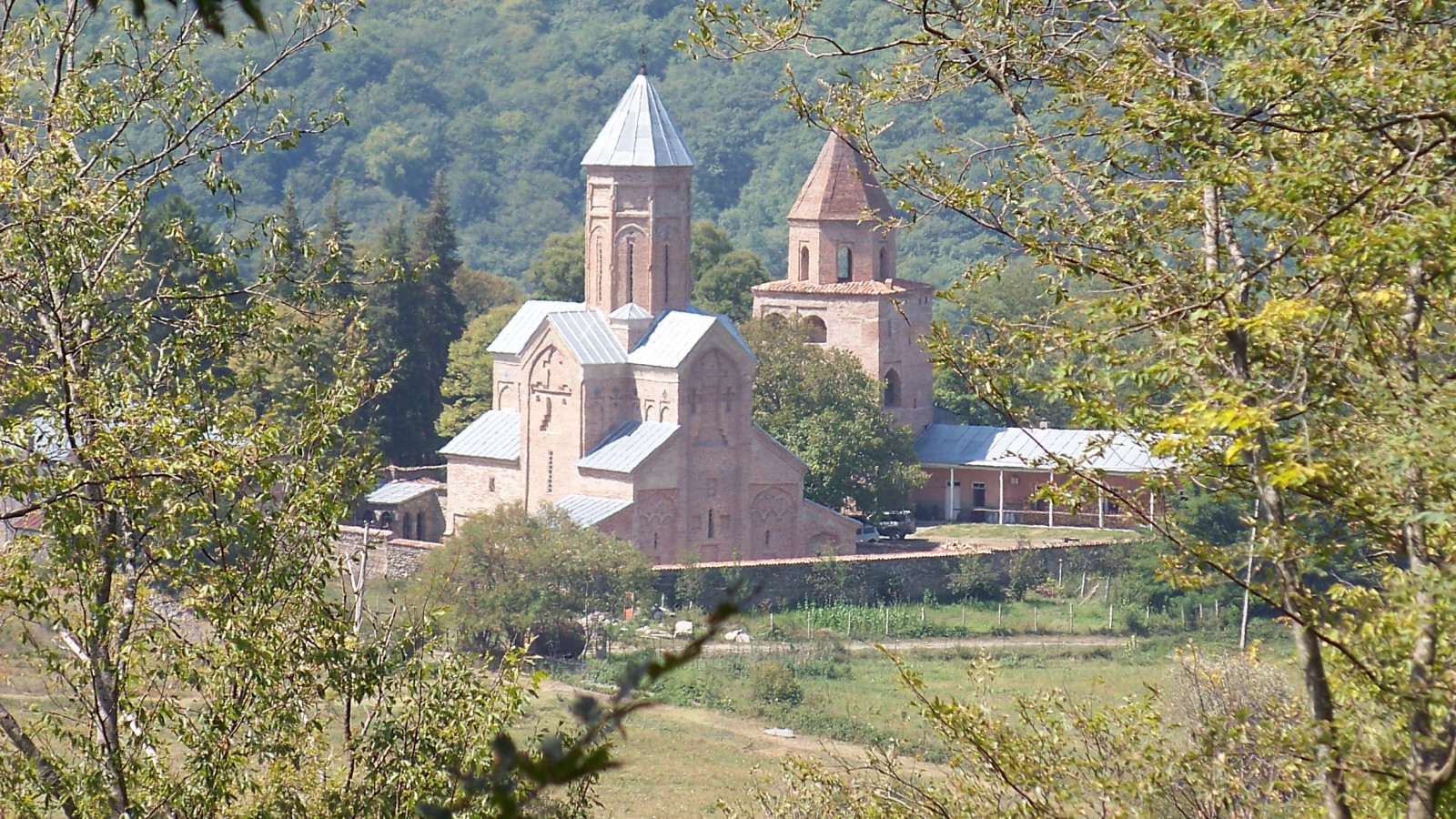 The name “Shuamta” means “between the mountains”. Early feudal architectural masterpieces of Kakheti, Old and New Shuamta Monasteries are nested on the Gombori range and are hidden in deciduous forest, near Telavi, the capital of Kakheti, at 1015 m above sea level.

The New (Akhali) Shuamta nunnery, was founded by the Queen Tinatin, the Princes of Guria,  wife of King Levan (1520-1574). The Domed Cathedral of the Virgin Mary was one of the main cathedrals in this region. A cross in plan. It is built of brick; the inner walls are decorated with 16th-century paintings and some of the portraits of the founders have been preserved. Besides the church building, there is a free standing bell tower and other outbuildings.