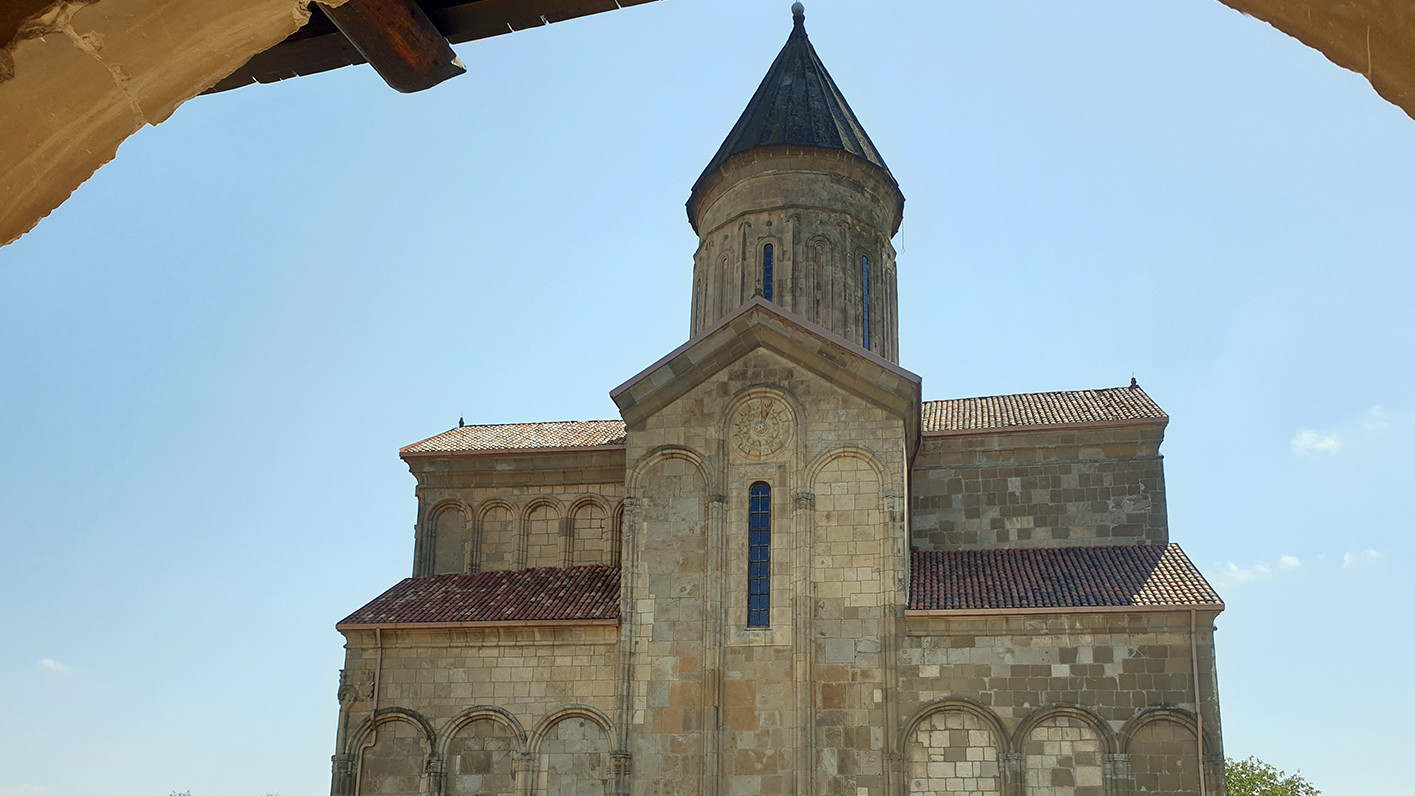 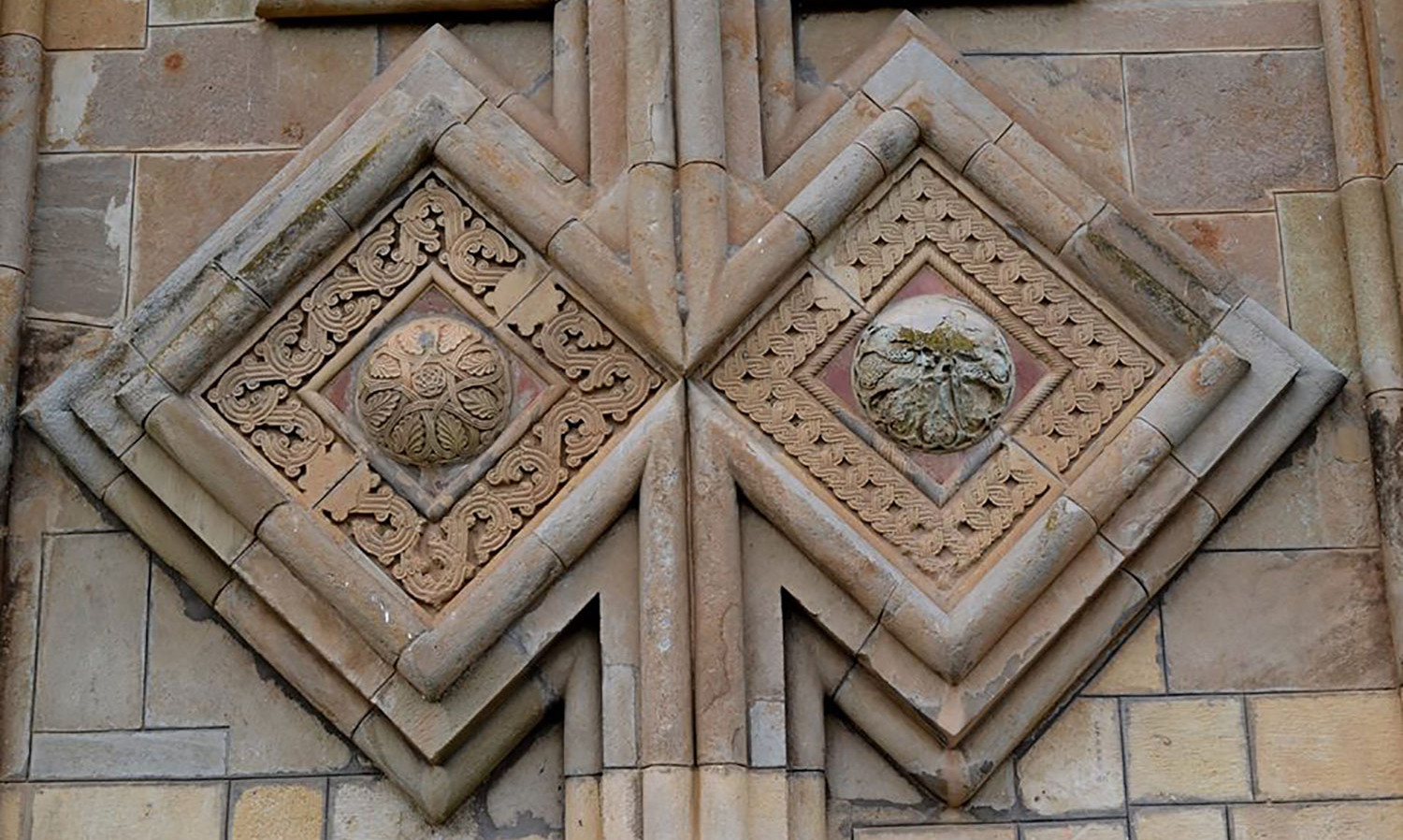 Samtavisi Cathedral (11th c) represents the pinnacle of medieval Georgian stone-carving. The Eastern facade decor style and the ornamentations developed here were used as models for later and grander churches.

Located in Kartli region, on the left bank of River Lekhura, in the village Samtavisi, the monastery was founded by Orthodox monk Isidore Samtaviseli (6th c). According to stone inscription, the cathedral was built in 1003 by a local bishop, architect Hilarion, the son of Vane Kanchaeli. This is cruciform domed church, rectangular in the basement. Several earthquakes in 14th-15th cc damaged the building. Western wall and dome were totally collapsed. Eastern wall is well preserved. All reconstructions since 15th c were held by the noble Georgian Amilakhvari family, who ruled the village until 19th c.

The exterior is distinguished by high artistic decor of five-arched eastern façade, dominated by the two niches and enlivened by a bold ornate cross motif. This style became very popular in Georgian mediaeval architecture. One can see exact copy of Samtavisi church in Tbilisi, on the Rustaveli Avenue, Kashveti church of 19th c.

The interior was badly damaged. The frescoes mainly are from later reconstructions 16th -17th cc, but some 11th c fragments still can be seen under the Eastern apse.

The Christ Pantocrator is depicted under the dome together with six-winged seraphs and evangelists, which is very rare in Georgian iconography, as mainly, according to local traditions, the dome is the place for decorative cross. Traditional  Deesis is depicted in the altar conch, Prophets and Mary with Jesus are found between the tholobates; the archangels are below the windows. Eucharist is found in the upper part of the apse, and below it, bishops with open scrolls and deacons are to be seen.

To book the tour, please, check private tour itinerary below or contact us here