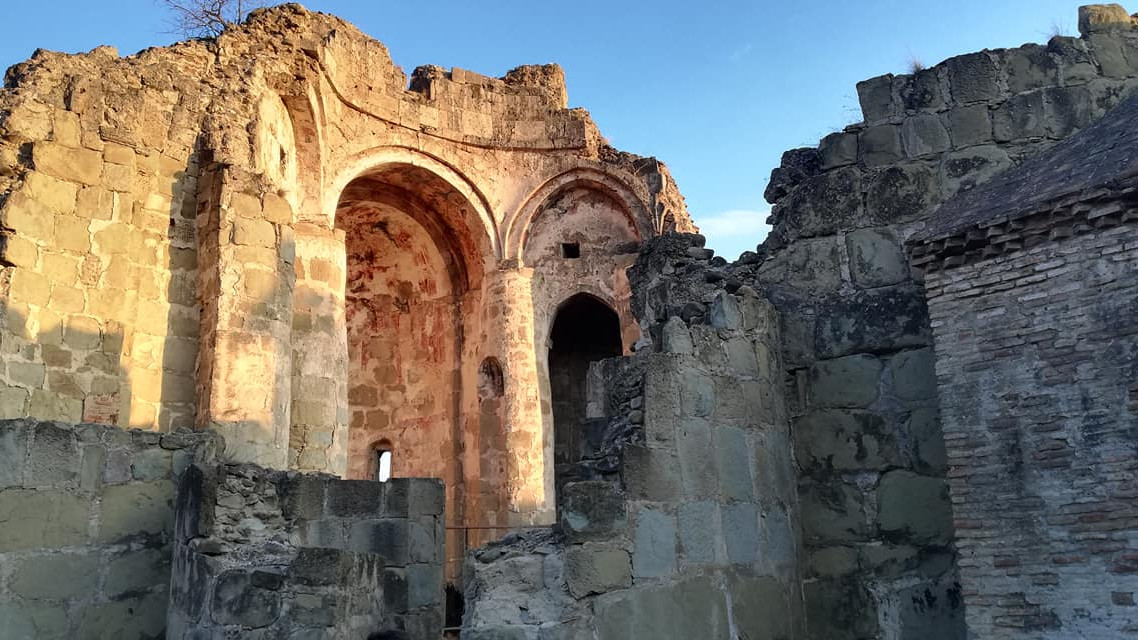 Eastern Aside with fragments of fresco 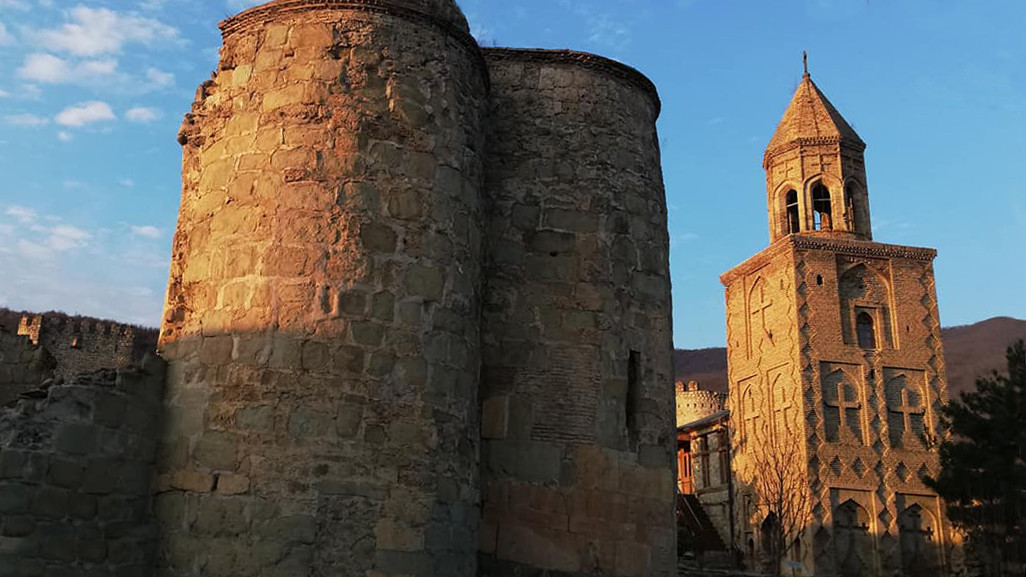 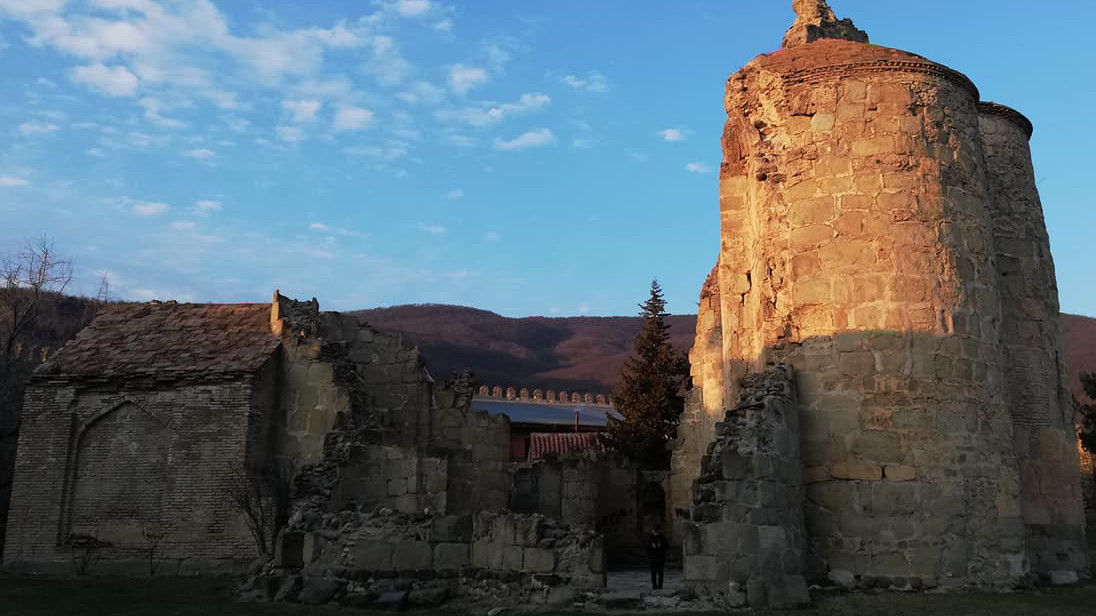 Ninotsminda Cathedral in Sagarejo, Kakheti region is one of the earliest monuments of Georgian Church Architecture dated 6th-17th cc . It is a highly important monument of Georgian architecture, as it precedes Jvari Monastery in Mtskheta, serving as a model for the transition to the Jvari-style tetraconch.

The cathedral today is mostly in ruins. The walls that were built in the 16th -17th centuries to protect the villagers from the continual Persian invasions, are well-preserved. The ruined apse has the 16th century fresco fragments of the Virgin with Child surrounded by angels. The fresco was severely vandalized by Dagestan bandits in the 18th and 19th centuries. The cathedral was destroyed during earthquakes in the 19th century. The bell tower dating to the 16th century, as well as the fortifying walls, reveal a Safavid-Persian influence. The complex is currently operated as a nunnery by the Georgian Orthodox Church.