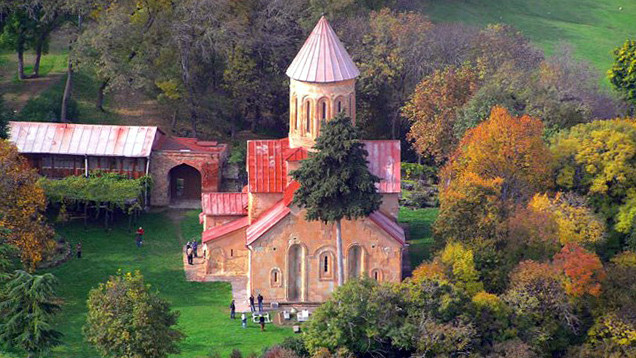 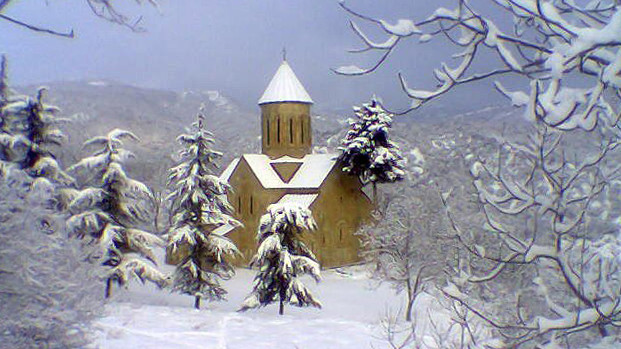 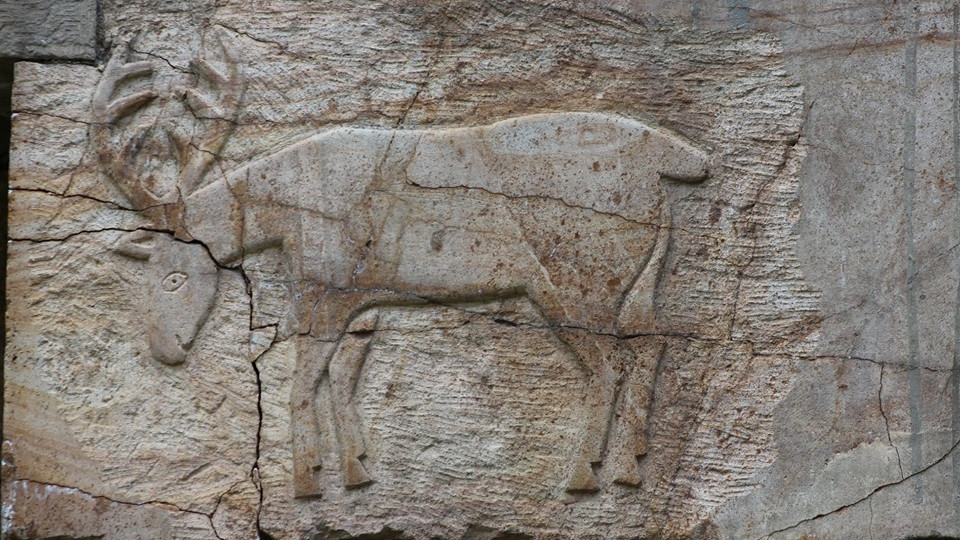 Betania Church of the Nativity of the Virgin Mary 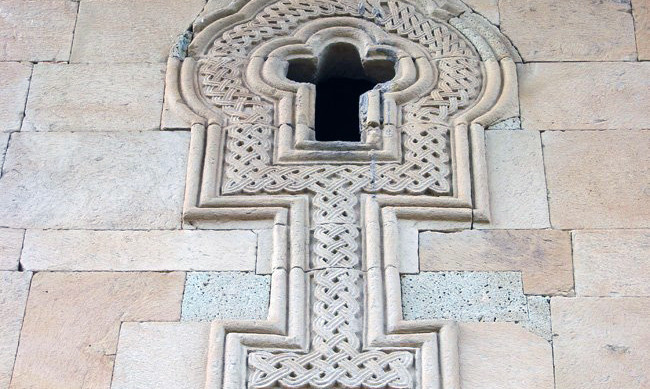 Décor around the window, Betania

Betania, Décor around the window of the Nativity of the Virgin Mary church 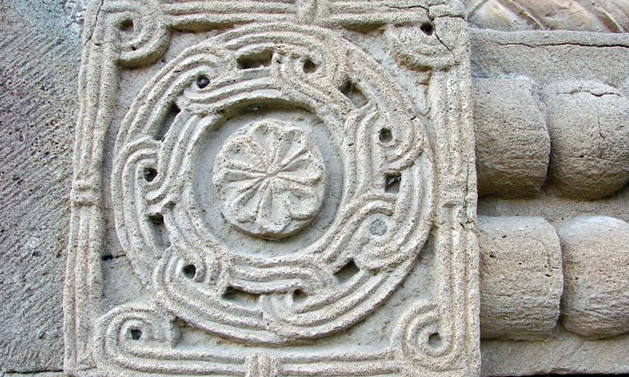 Betania Orthodox Cristian Monk Monastery is located in about 16 km southwest from the capital Tbilisi, in a forested area of the beautiful Vere river gorge. The name of the Betania monastery originates from the village Bethany in Palestine, the home of Simon the Leper, Mary, Martha and Lazarus - recorded in the New Testament.

Monastery here is thought to already be active in the 11th century. The main church building was constructed in 12th-13th c.c. Georgian historical accords do not tell much about the history of Betania, however, it is evident that the monastery and church was destroyed and restored many times. One of such notable events happened in the second half of the 19th century, when the abandoned site was discovered by Grigol Orbeliani and renovated later by his initiative. Scholars and society, in general, became interested in Betania especially after the fresco of King Tamar was found and renovated. Monastery is active since 1978 up to this day.

Main church is of a cross-dome design. Interior is decorated by early 12th century frescoes, belonging to the Georgian Golden Age.