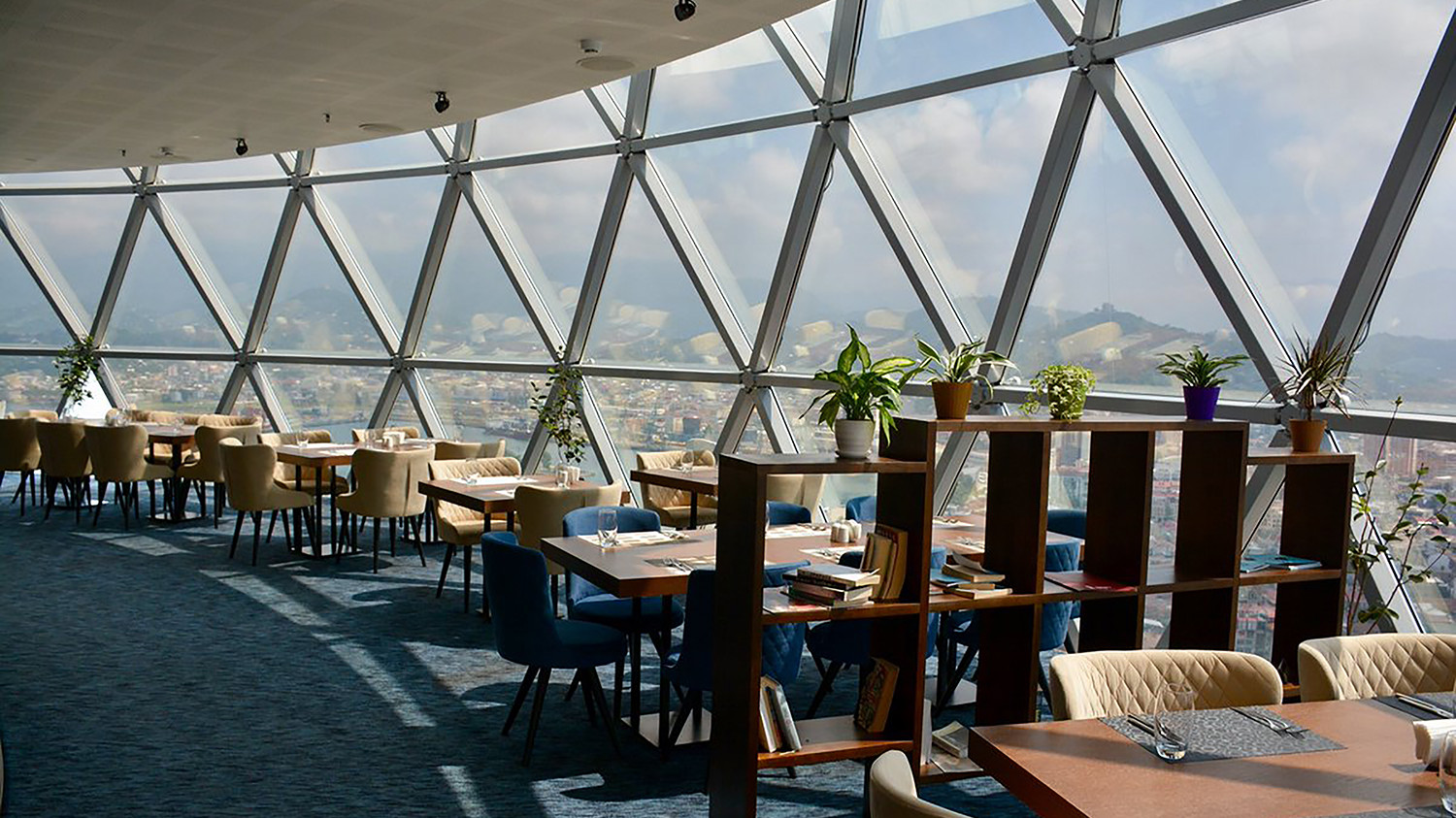 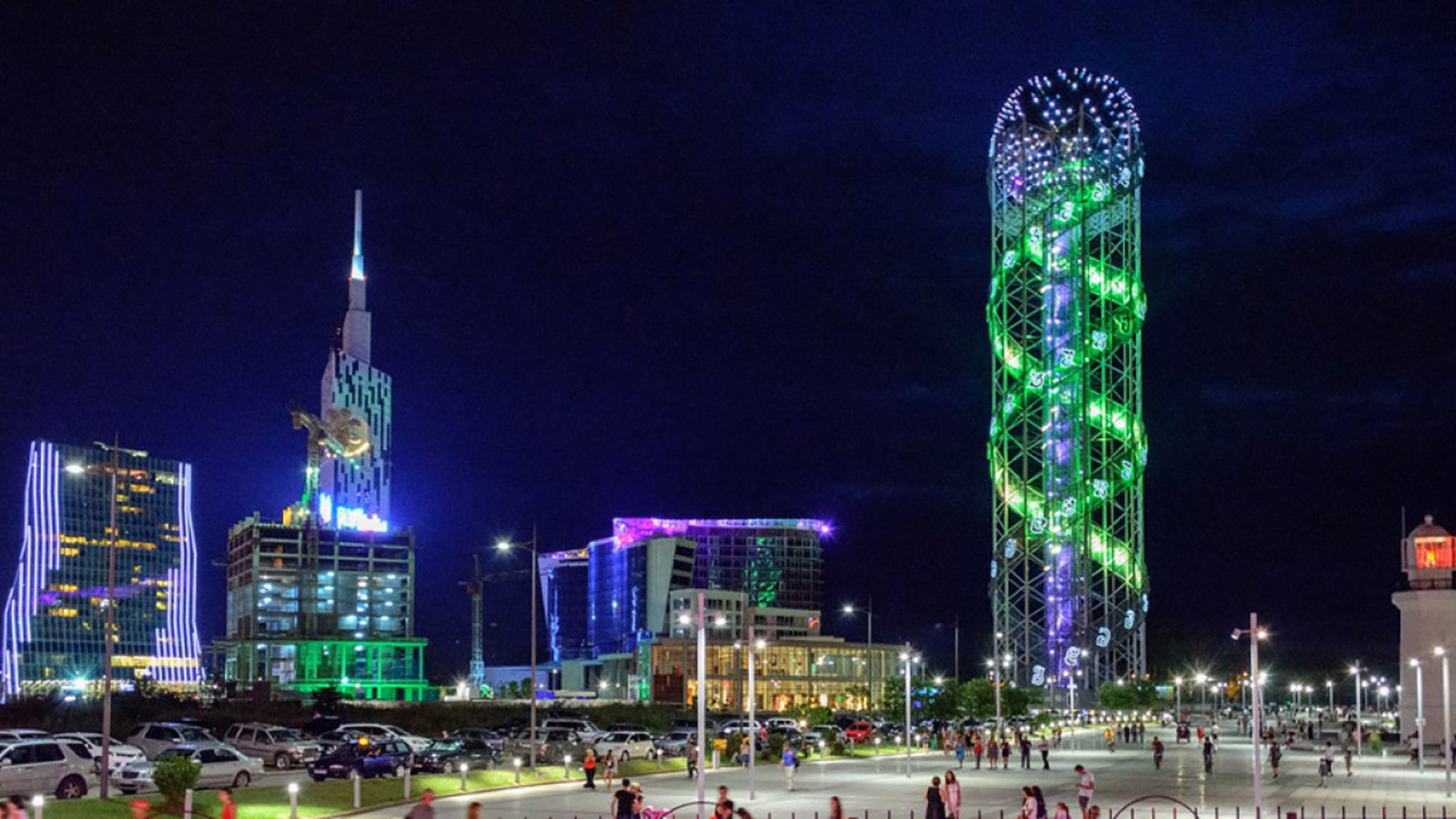 Transparent body of the Tower is beautifully lighted in the evening. The core of the building is an elevator leading up to the very top of the building, in the crown of the structure, where a colossal silver ball is located. This sphere hosts several rooms, distributed on different floors.

The first floor can be reached by the two main panoramic lifts and is called as the transfer floor. From here you can go to the other lifts.

The second floor is TV studio.

The third floor is a restaurant and kitchen, designed like a revolving ring. The ring goes around 360 degrees in an hour and during the meal visitors can enjoy a panoramic view of the Black Sea, Mountains and city.

The fourth floor has been conceived as an observatory deck, to enjoy the unique views from the Alphabetic Tower. This floor leads to the fifth one, which is designed to allow visitors see how the tuned mass damper works. The tuned mass damper is a fifty-ton device mounted in structures to reduce the amplitude of mechanical vibrations.

Alphabet Tower was constructed in 2011 by Spanish company CMD Ingenieros. The architect is Mr. Alberto Domingo Cabo, who also is the architect of the Kutaisi Parliament building.