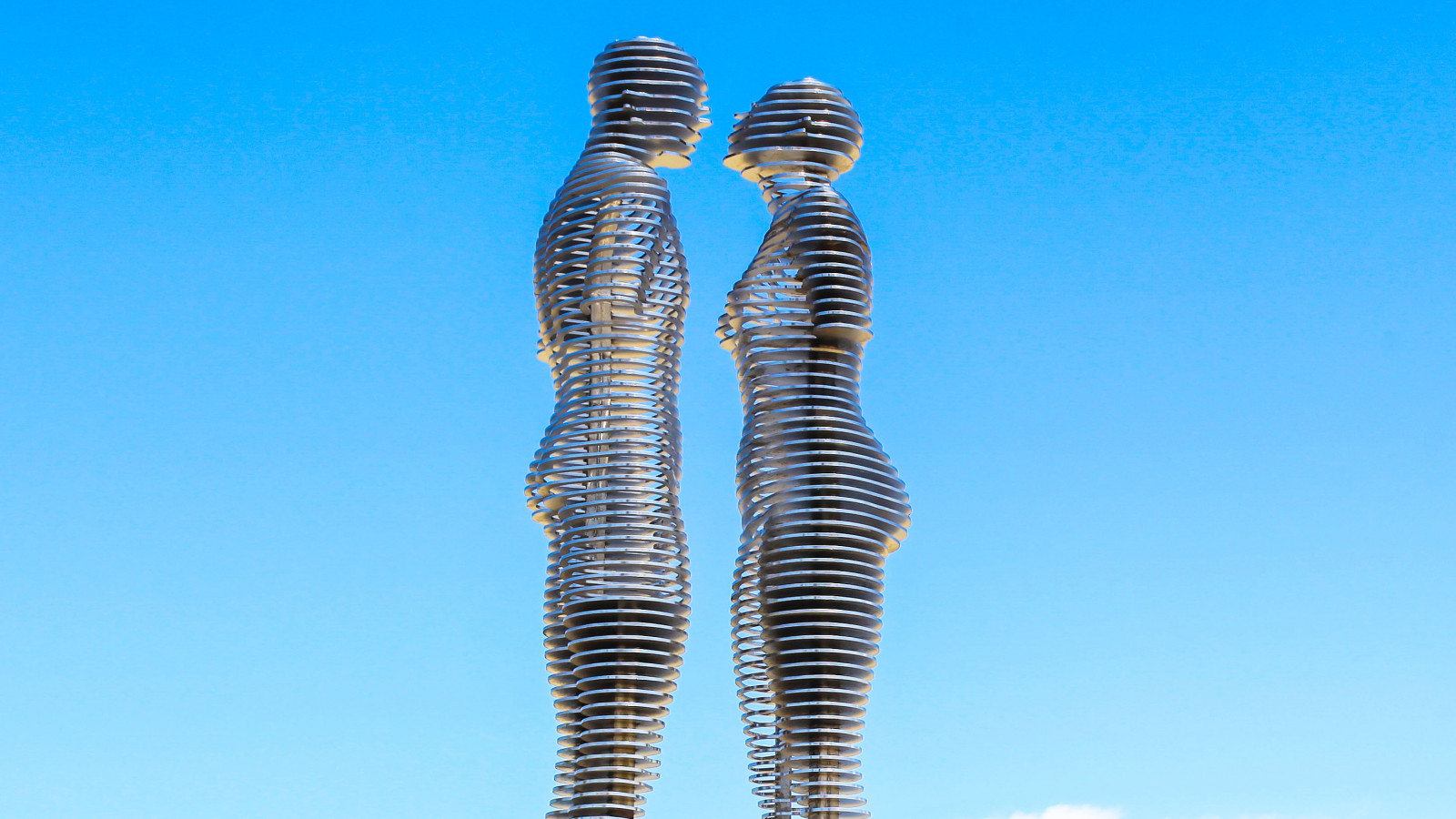 Erected on the Black Sea coast boulevard, Ali and Nino is a beautiful landmark to visit in Batumi.

The steel kinetic sculpture “Ali and Nino” also known as “Man and Woman” is 8 meters in height modern statue. The sculpture was erected in 2010. The author of the statue, Tamara Kvesitadze, was inspired by Kurban Said’s bestseller novel “Ali and Nino” written in 1937. The novel tells the love story of an Azerbaijani Muslim man Ali Shervanshir and a Georgian Christian girl Nino Kipiani. Their romance ends when Ali is killed while fighting against the Russian Army defending his motherland 1918–1920.

The statues of two lovers start to move toward each other and embrace briefly until they are still separated. The process takes 10 minutes.

The statue made its debut at the 52nd Venice Biennale, later it was also displayed at an exhibition in London.