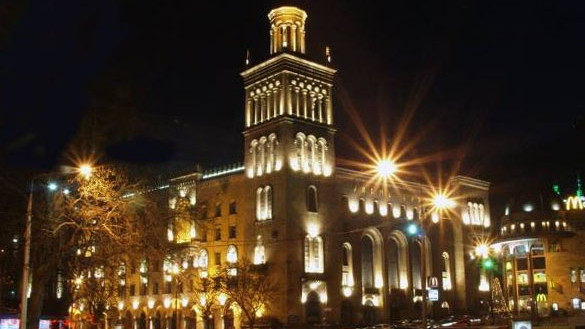 Hall in Academy of Arts, Tbilisi 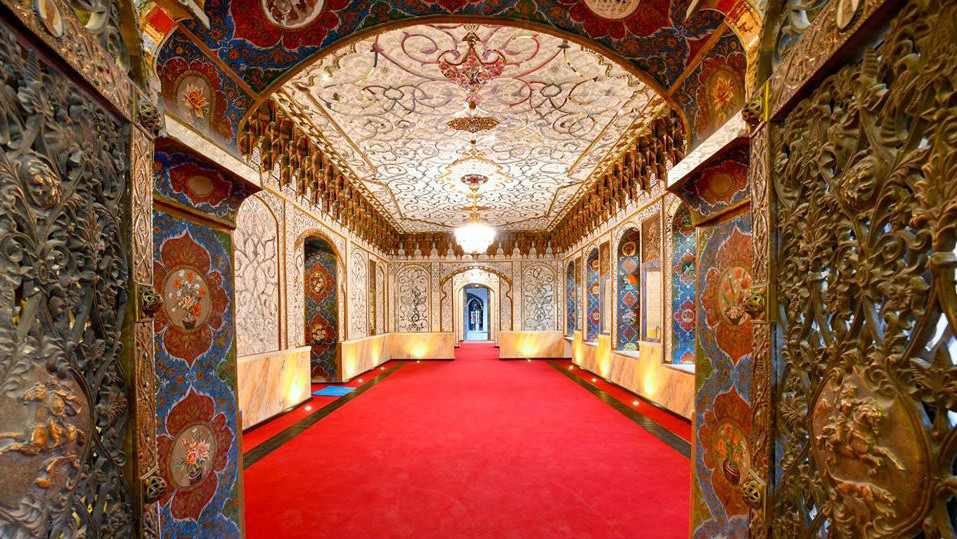 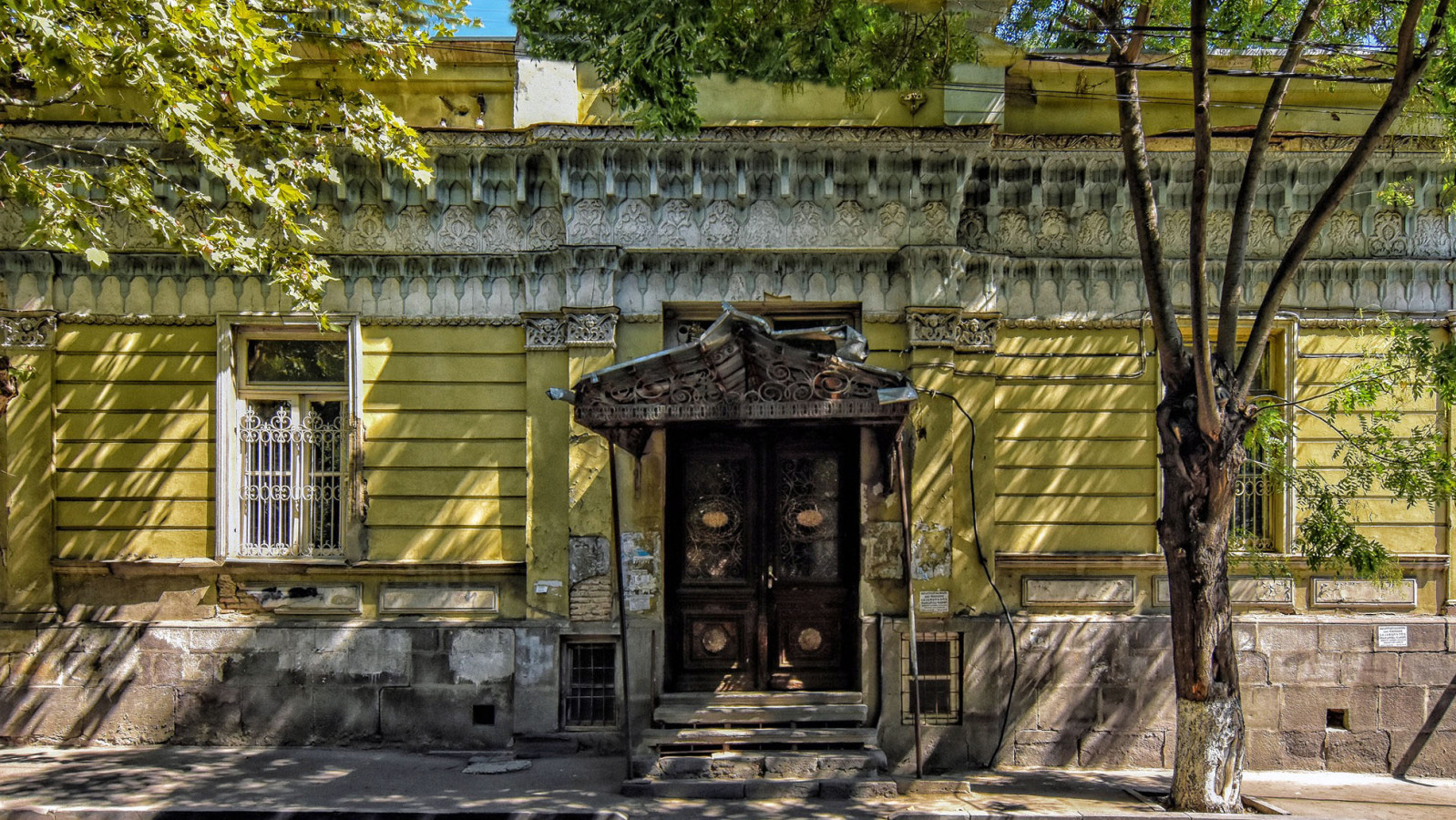 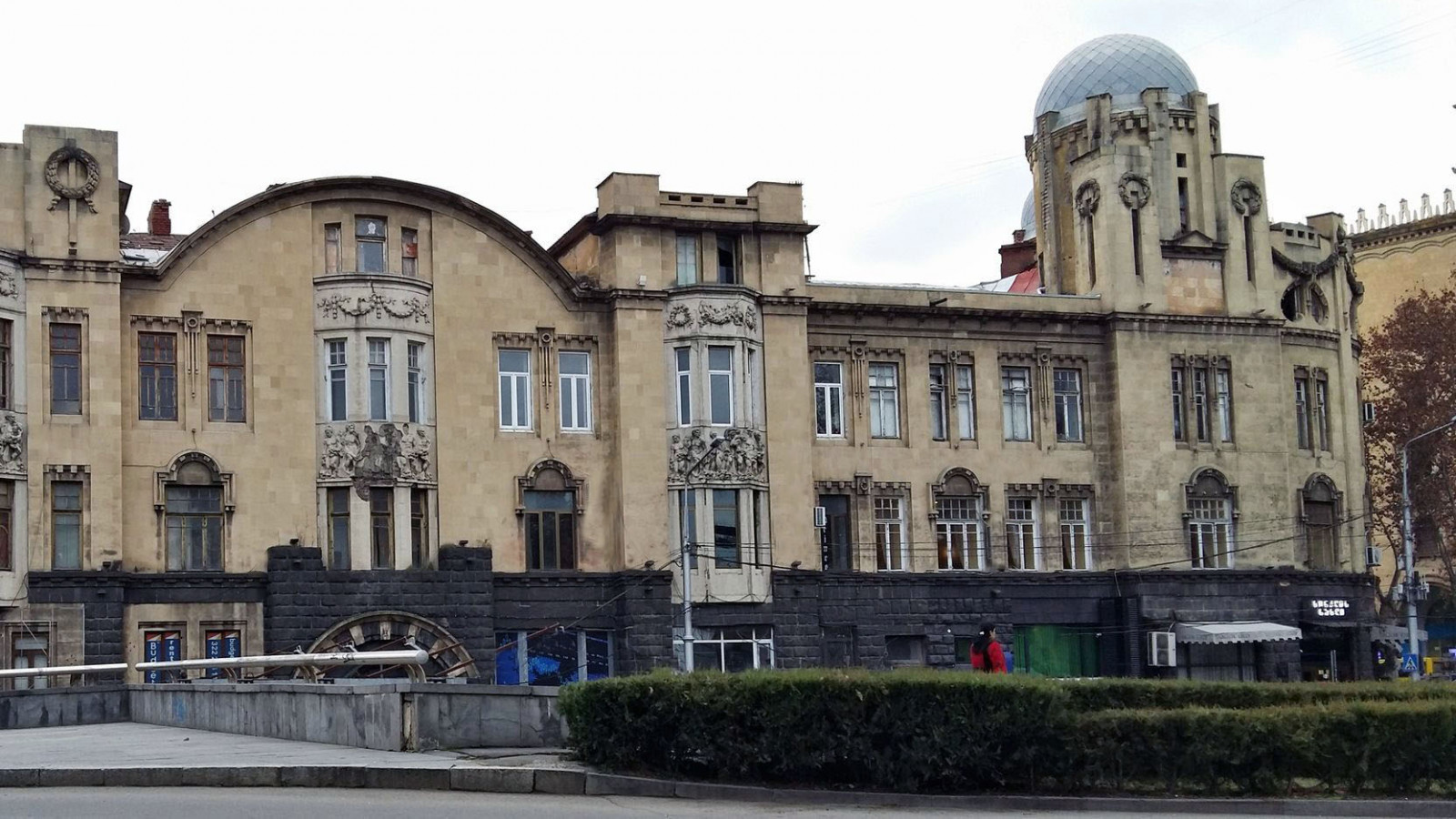 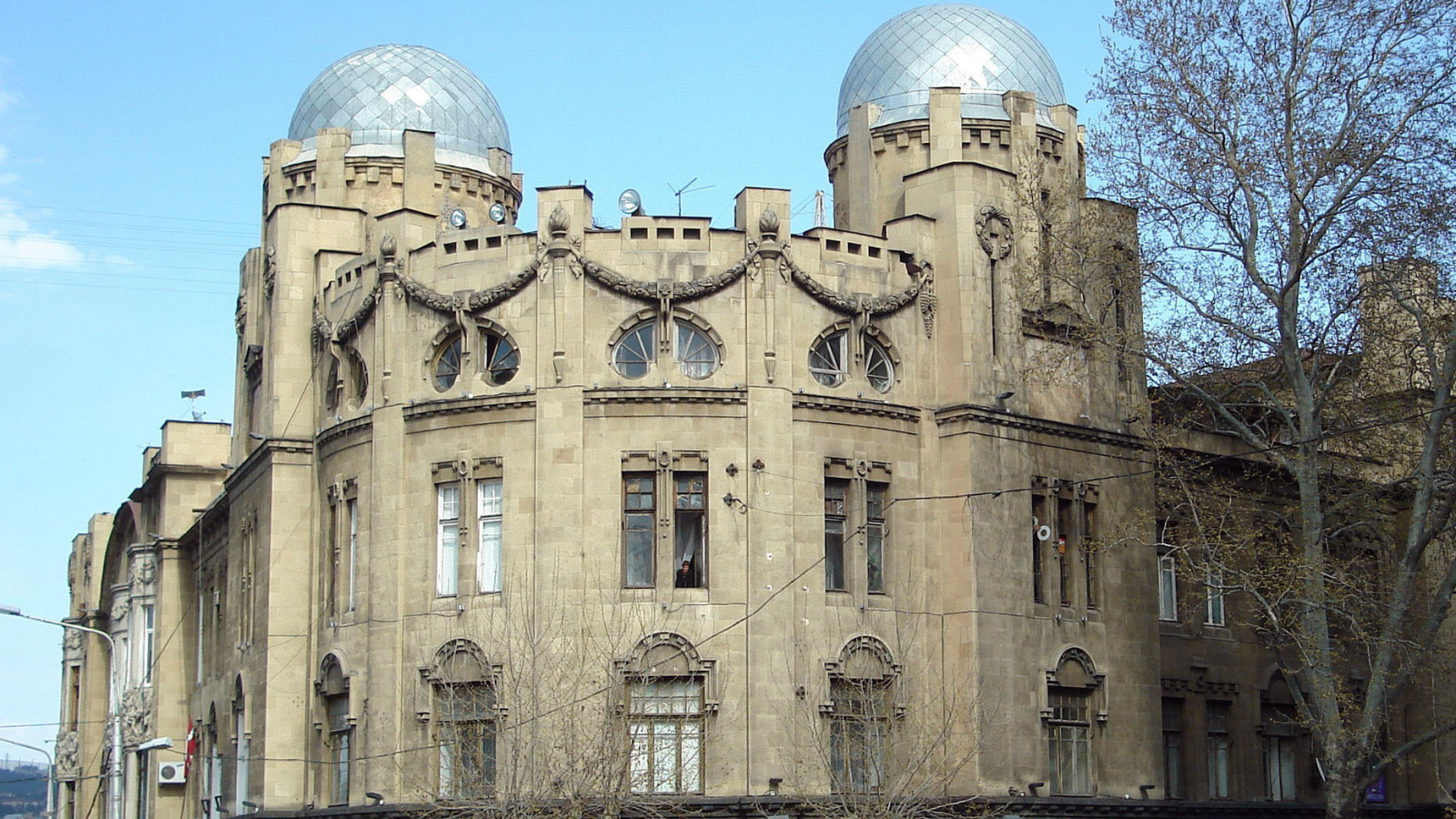 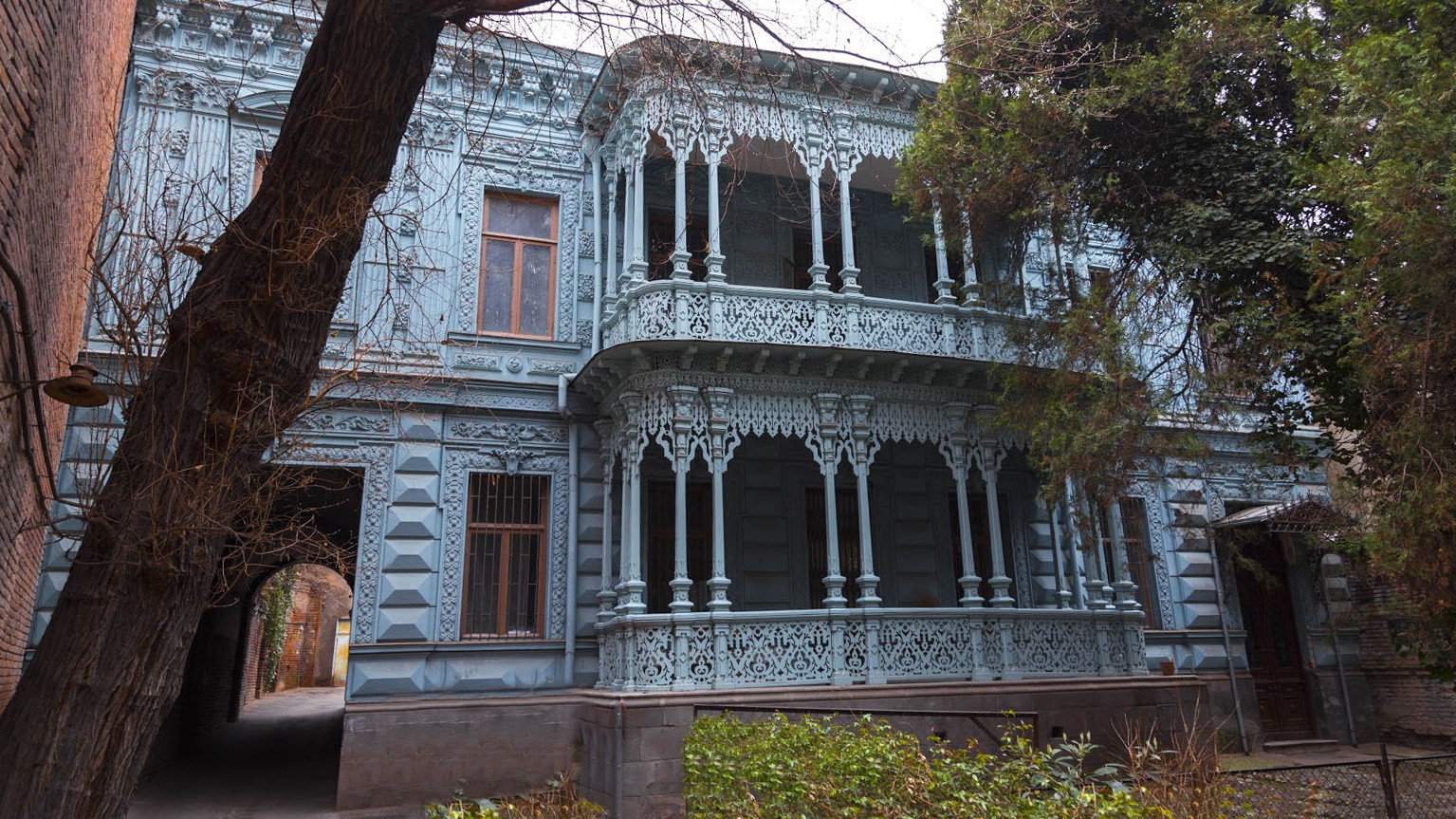 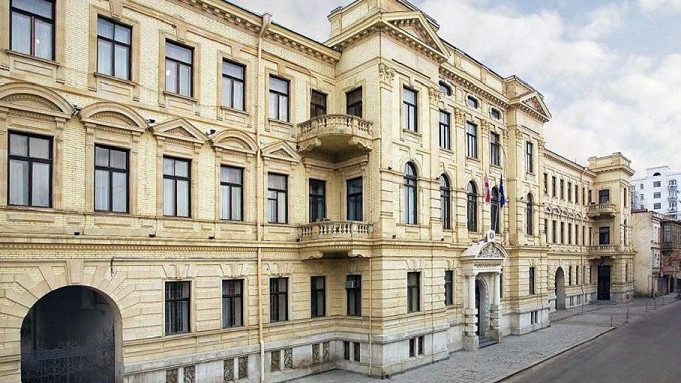 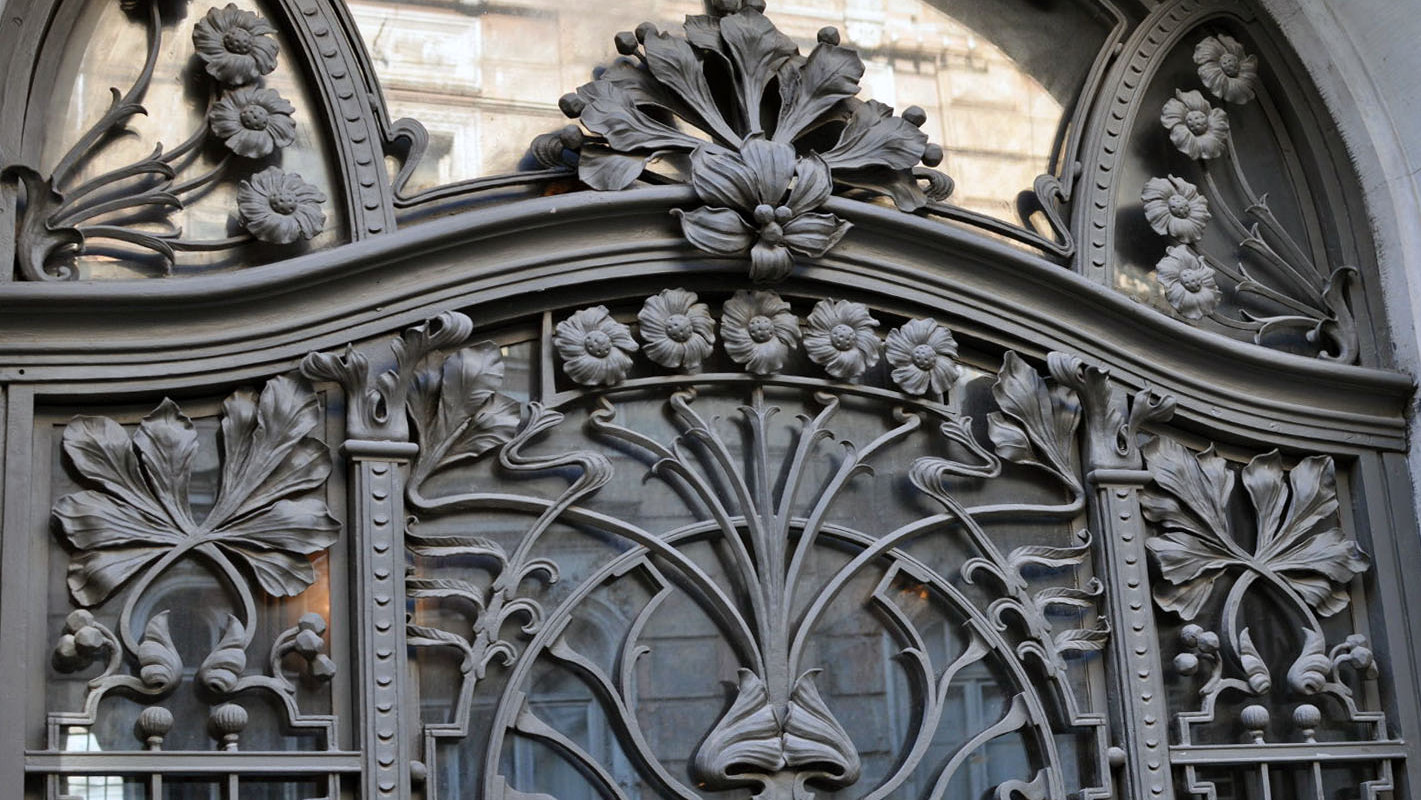 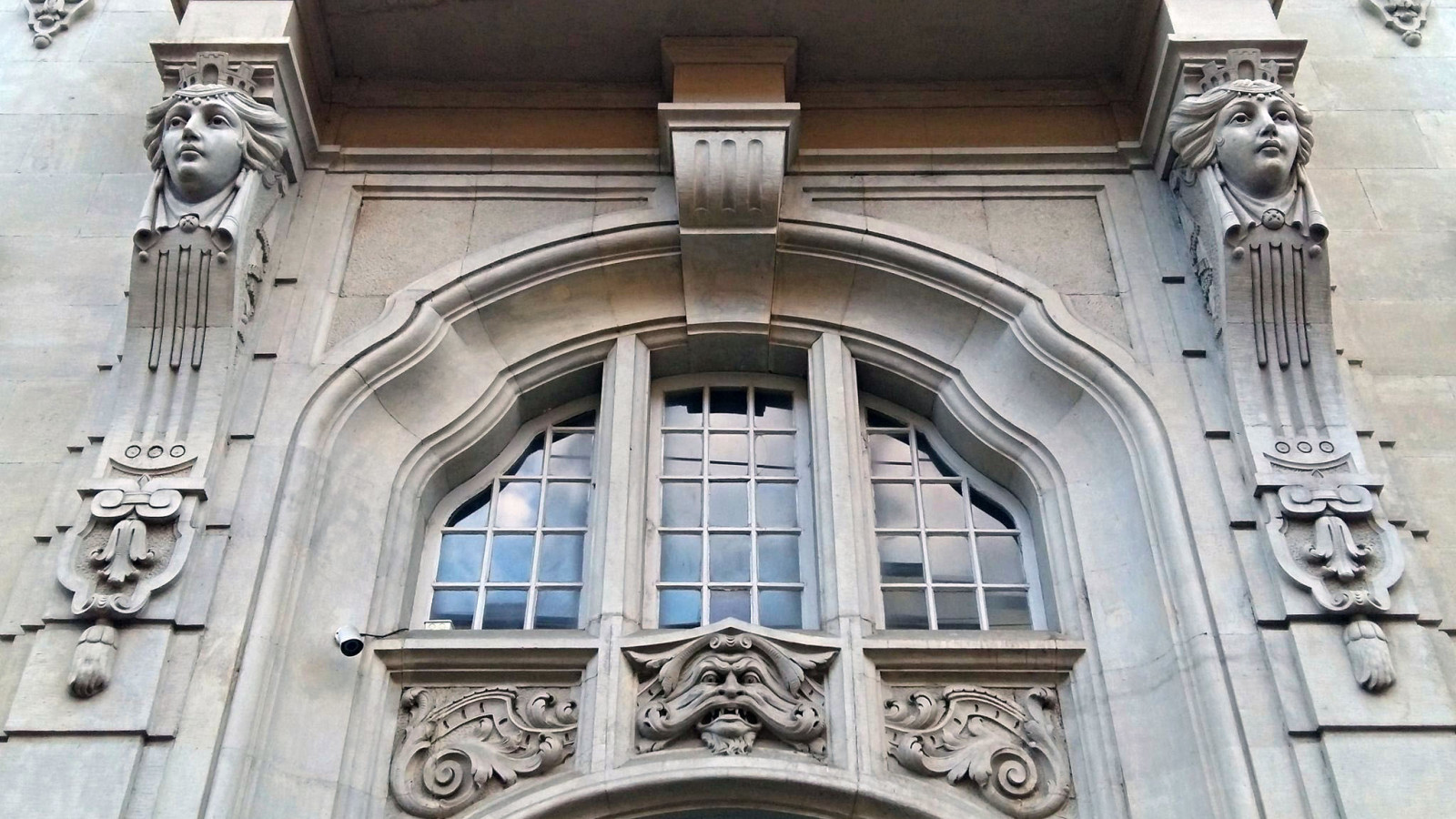 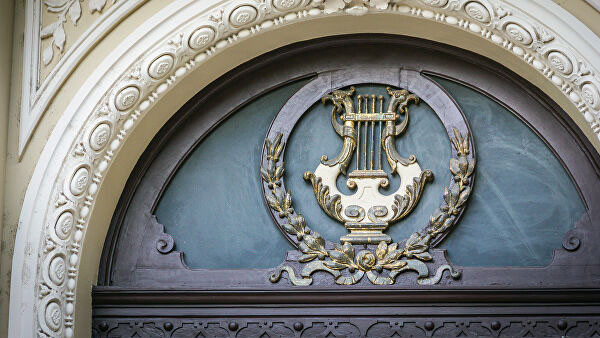 Walk Up to: Metro Freedom Square

Available: Every day, all year

Discover hidden secret stories of unknown places in Tbilisi and the reasons for its transformation as a main city in Caucasus: wondering along the 18th c streets, small traiding squares, where camels and donkeys brought the goods from Asia. This 5-hour walking tour introduces visitors Art Nuevo architecture of the city created by German, Russian, Persian and Armenian architects.

Have a wonderful day!

Meet your guide near the Rustaveli Metro station.

Start the tour from the statue of Shota Rustaveli, author of Georgia’s national epic “The Knight in the Panthers Skin’’ written in the 12th century. The main avenue (1.5 km) of the city ends on this spot. Lead the arch to Kostava street and discover the first house that once belonged to Evgenia Shkhiants’ (wife of architect Mikail Aramiants) with the beautiful adornment of staircases. Some original decorative elements are still preserved and give an impression of how the Tbilisi yards looked like.

Return back with the same route to explore Melik Azariant’s house, built in the second decade of the 20th century, distinguished as modern type architecture (Art Nuevo). Move to the yard located behind the Cinema House and discover one of the typical examples of Tbilisi architecture, a house that once belonged to an economist and lawyer Vasil Gabashvili, completed at the end of the 19th century. However, its two-tier wooden balcony has no analog model in the city’s. A round fountain is still preserved in the house yard. Follow Griboedov street (named after Alexander Griboedov Russian diplomat, poet) and come across to several fascinating buildings: Tunibekov’s house belonged to a successful merchant at the beginning of the 20th century, rooms curved in rococo and Moorish style.

Conservatoire building – represented the highest college of European type music for years in the Caucasus region. Continue excursion bypassing the Supreme Court of Georgia on Zubalashvili street, and later coming across to the House of Cheka on Ingorokva street. Explore Persian consulate house – another very interesting piece of architecture built by Mirza Reza Khan. The palace is named as Diamond Palace, but today it is in despetare condition.

After reaching Leonidze street our attention will be drawn by Ferdinand Oten's house, a famous German pharmacist who settled in Tbilisi at the end of the 19th century, bought land on Sololaki district, built 3 storey house and used the first storey as a pharmacy. Explore David Sarajishvili’s House on Leonidze street, who established the first classical Georgian brandy making technology. Come across to Kalartanov’s house on Asatiani street, dated back to the beginning of the 20th century, notable for its beautiful entrance adorning details and a ceiling. Explore Persian consulate house – another very interesting piece of architecture built by Mirza Reza Khan.

Afterward, visit the typical “Tbilisi Yard” with its twisted staircases, and modern-style houses on Chonkadze street (Bozariant’s house).
Continue down to Chitadze street and finish the tour near the Liberty Metro station.

- 50% of the total cost of tourist product in case of tour cancellation 2 days or less prior to the tour;

- 100% of the total cost of the tourist product due to the Tourist's failure to appear.