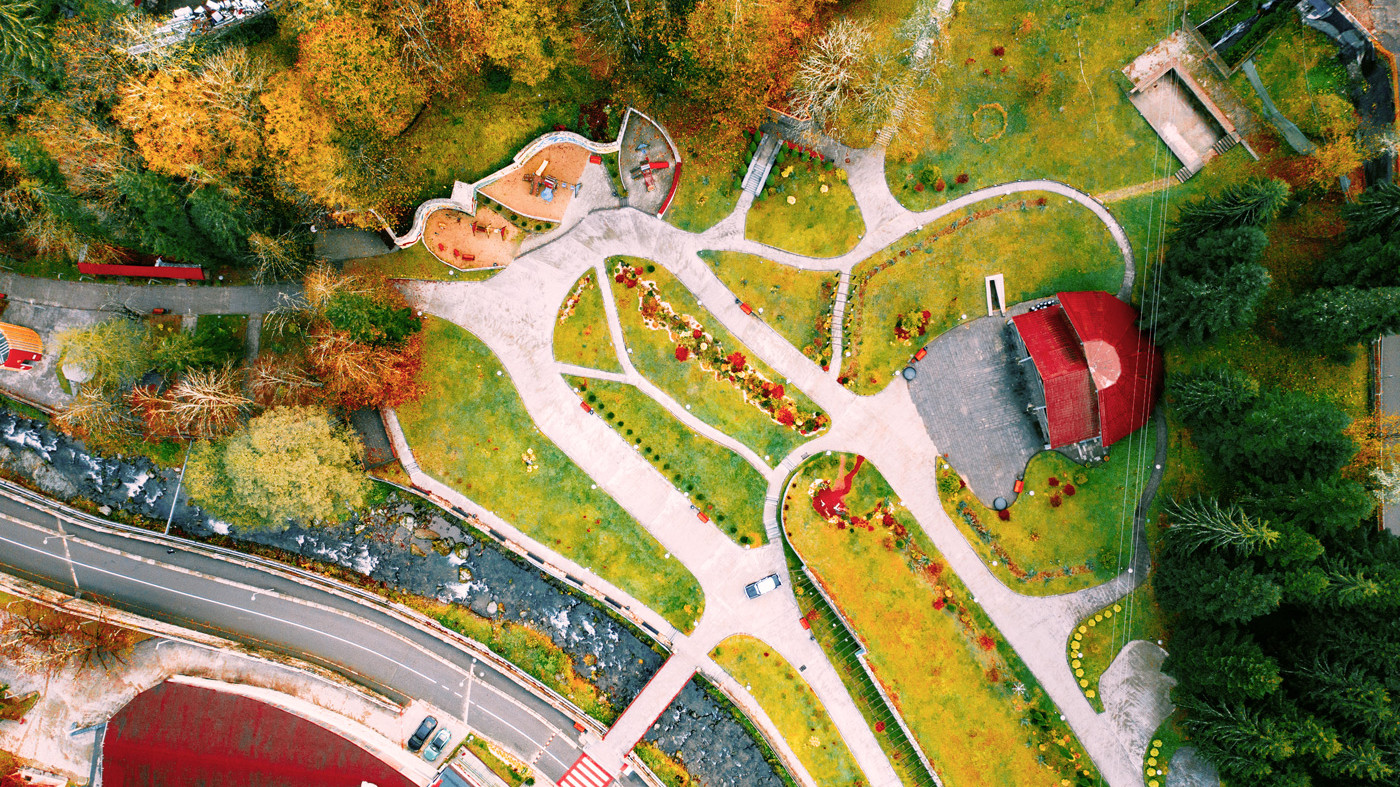 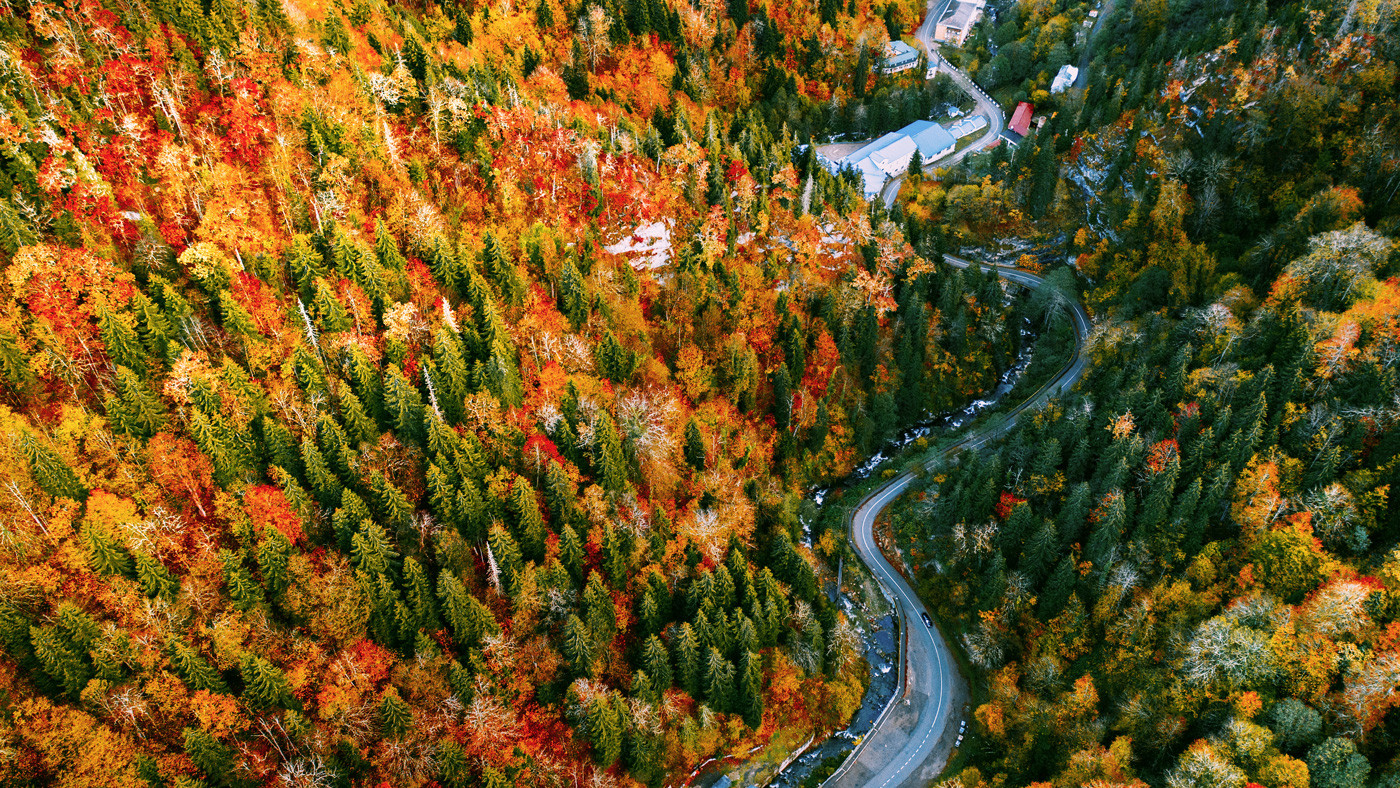 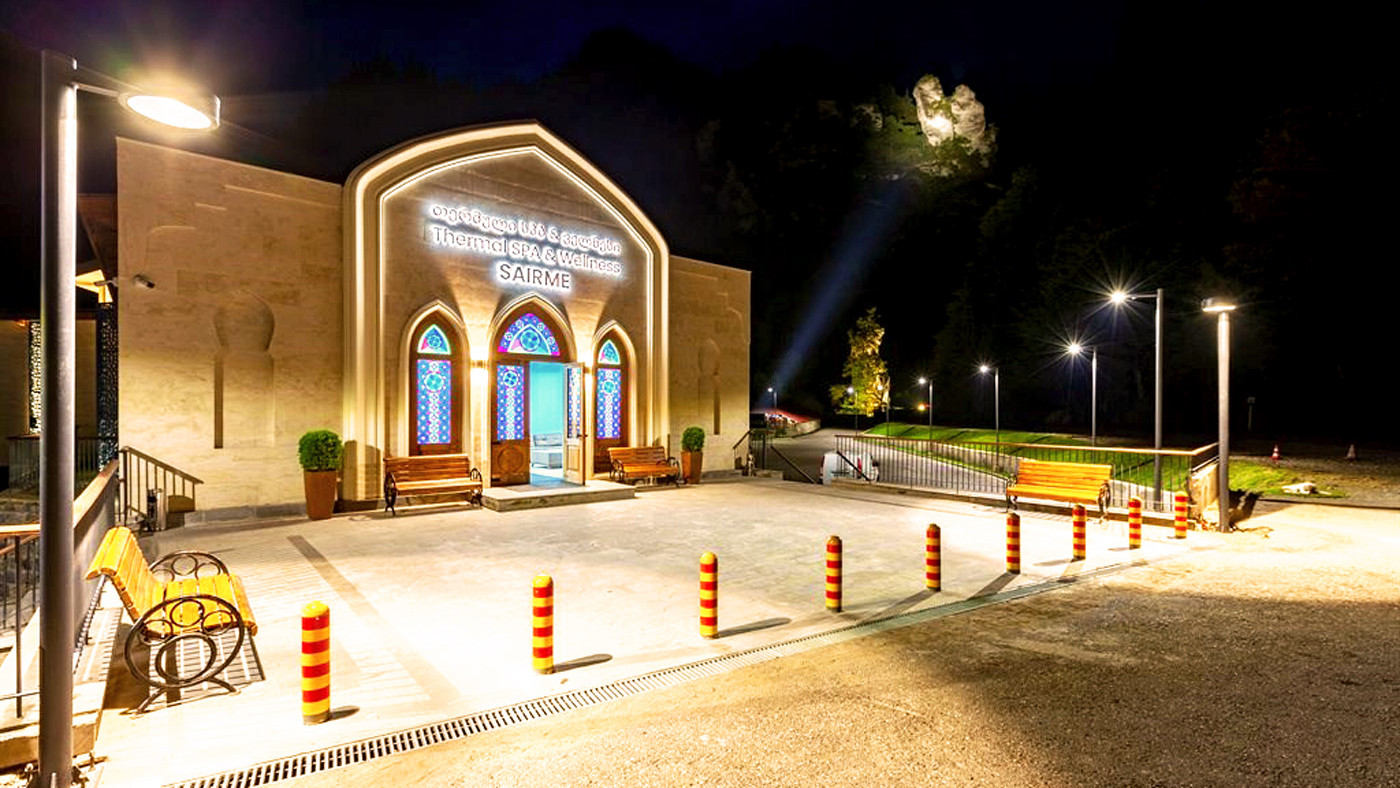 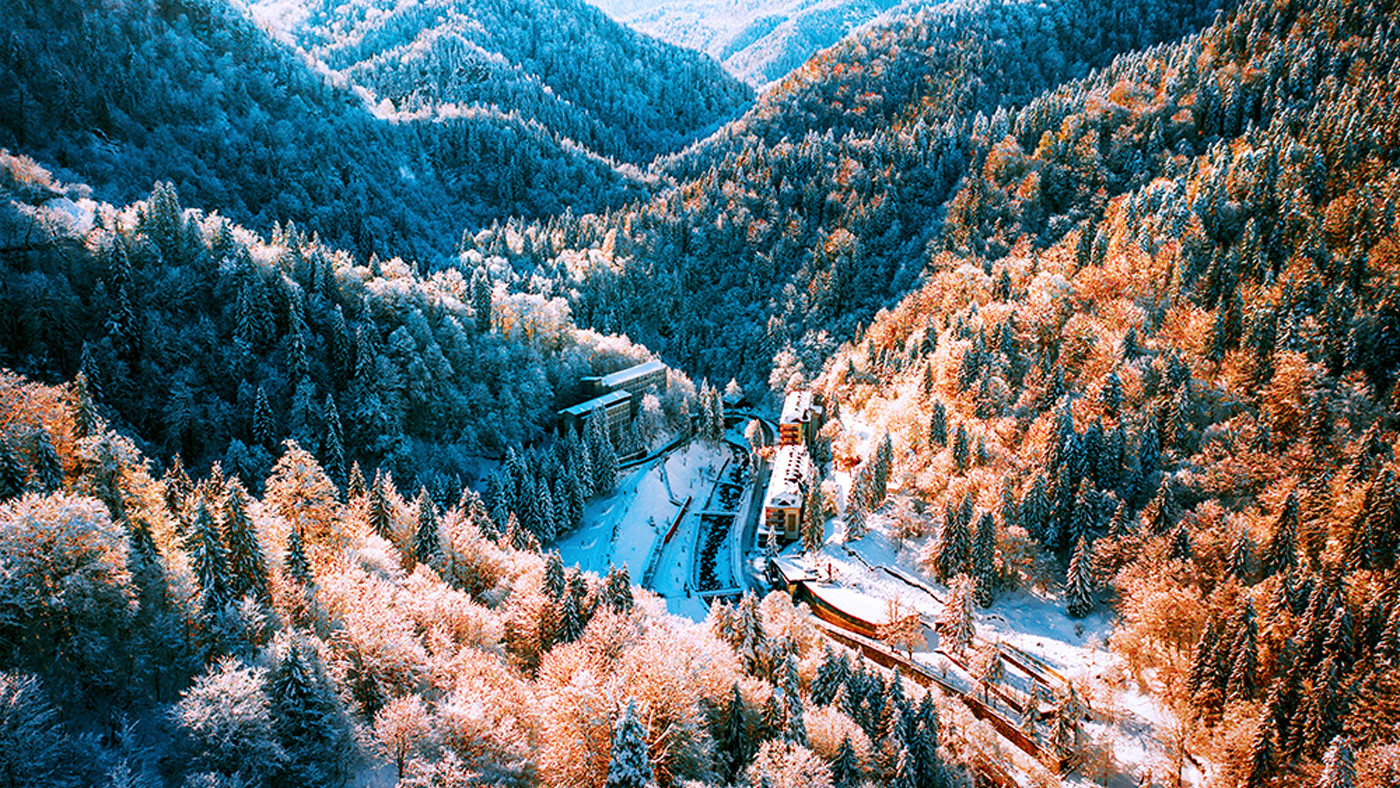 Sairme water was discovered by hunter brothers, who followed the footsteps of a wounded deer. The spring flowed on the reddened stones with rust, and everything around was whitened by salt. Hunters noticed that deer often visit a same place constantly. The place was granted a name Sairme as deer translates as iremi in Georgian (Sa-irme – deer's place).

The shepherds also noticed that a certain area in about 3 km away from the Sairme streams was always green, there was no snow cover in winters, and the land was dry for a few minutes after the rain. The secret of the "magic field" was unveiled in the 1920s, when geologists discovered hot mineral waters below the ground.

Sairme is located in the mountainous zone of the subtropical belt, Baghdati municipality, Imereti region, Georgia. Resort is situated on the northern slopes of the Meskheti mountain range, in the gorge of the river Tsablaristskali, on 950 m above sea level, 25 km from Baghdati,

Notable for thermal waters, the first information about these waters can be found from the 90s of the XIX century. In the 1930s, Sairme was officially granted resort status. The first sanatoriums were built in soviet era. Infrastructure maintenance has also started. In the 1940s, the construction of a highway that connected the resort to the city of Baghdad (then Maiakovsky) was completed.

Sairme has the capacity to receive 150,000 visitors annually. The resort is connected to Borjomi-Kharagauli National Park from the south-east. Zekari is a relatively small resort nearby.

In the depths of the coniferous-deciduous forests of the Sairme Mountains, in the valley of the river Tsablarastskali, natural filtration of hydrocarbonate calcium-sodium mineral water passes through centuries-old rocks and natural water "Sairme" is formed in the surface rocks by mixing with ground water. It flows from an altitude of 2000 m above sea level and undergo natural mineralization.

Carbonated mineral water is suitable for regulating the balance of metabolism. The product is saturated with calcium bicarbonate, which strengthens the skeletal system and helps stop the inflammatory process. Carbonated mineral water is used to restore impaired functions of the liver, urinary tract, kidneys and gastrointestinal tract; Promotes the release of harmful products resulting from metabolism.

Medical indications: Chronic diseases of the urinary tract and digestive organs.
What diseases does it cure:

The secret of this magical place was the hot thermal water discovered by geologists in the depths of the earth. The sources were studied in the 19th century and after chemical analysis, all of them were identified as unique and healing possibilities:

Thermal Spa and Wellness at the Sairme resort

"Thermal Spa and Wellness" presented at the Sairme resort is equipped with the latest equipment. The complex offers visitors any type of recreational procedure. The spa center has an indoor pool, salt rooms, which are best for cleansing the airways and lungs, a wet and dry sauna, as well as various treatment and wellness treatment rooms. It should be noted that all procedures in the spa center are done with thermal springs. There is also an outdoor swimming pool, which is filled with a 41-degree thermal spring rising from the ground.