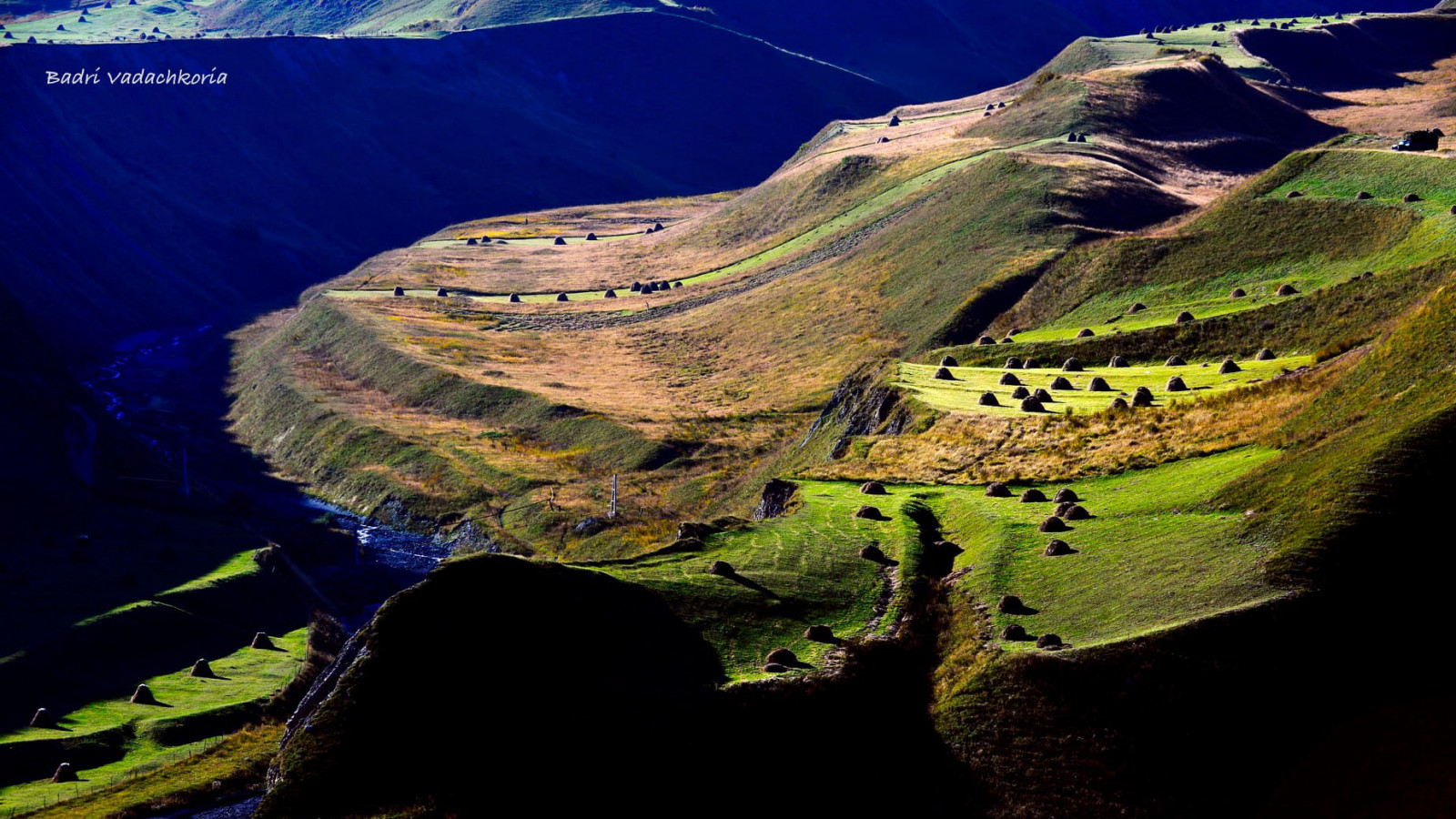 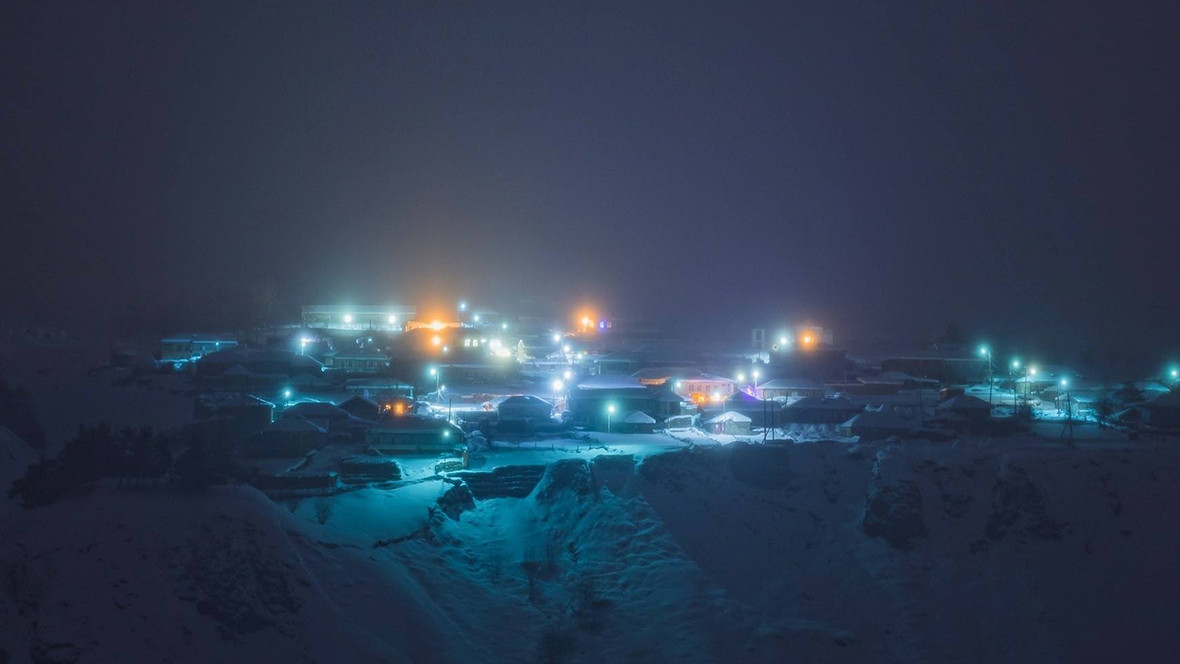 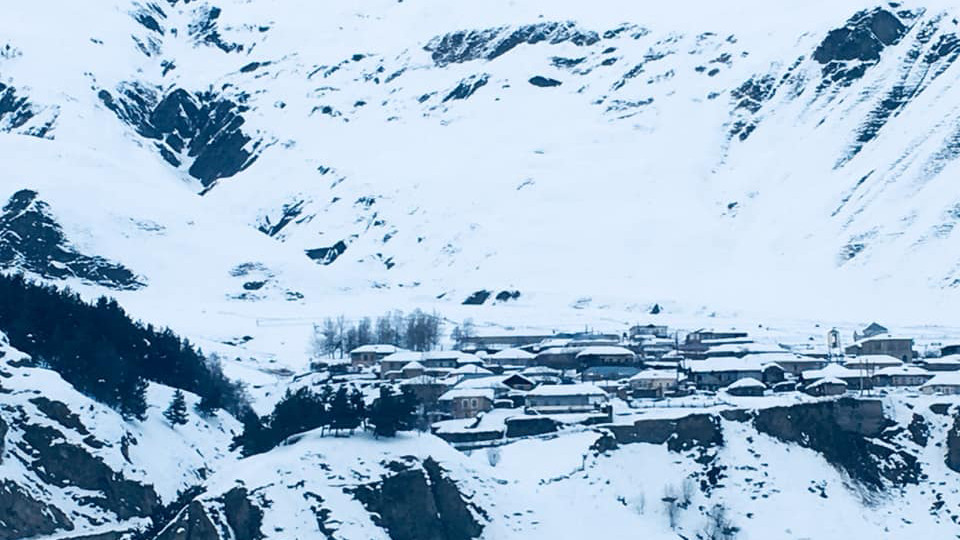 Kanobi is a beautiful village in Georgia with population of 86 people (2014), situated in a ravine, between the mountains. Weather is quite warm in summer and very cold in winter, with heavy snowfalls. However, even during the snow, the spruce and pine trees remain green in the surrounding forests.

The village is located on the left bank of the river Tergi (Terek), in Stepantsminda district, Mtskheta-Mtianeti region, on 2040 meters above sea level, in about 17 km from Stepantsminda. It is quite difficult to stay here for the whole year, as the linking road to nearby town Stepantsminda gets unpassable during the winter. Locals are known as Mokheves, with unique traditions, folklore and local legends.

The village is mentioned in historical sources from the XIV century - since 1398. The village and its area used to belong to Svetitskhoveli Cathedral. The village is also mentioned in the "Chronicle of the Trinity" of the Trinity Cathedral (1439). The document reveals that despite the rule of the ,,Khevisbers” (translated from Georgian as "the elder of the gorge" - elected leaders of Georgian traditional highland communities, usually not integrated in the feudal system), although, the  royal authority extended firmly over the village. According to the 1781 census, with its 17 households, the village used to be the part of the Dutchy of Aragvi. Remains of the old settlement are preserved on one slope of the peak "Khabarjina" that is located on the opposite side of the village "Asakhedi". Locals considered this settlement to be the early settlement of the village. In 1903, a one-class school was opened in the village, which was later converted into a 6-year school.

Village Kanobi has several sacred places and shrines around:

"Chirdila" is a family hotel located in the village of Kanobi, Kazbegi district, the distance to the Kobi ropeway is 5 kilometers. The facility is located in a cozy rural area. Guest can enjoy lovely evenings around the bonfire if they wish. The hotel has four double rooms, all rooms have central heating and it is possible to book a separate room as well as the whole hotel. The areas around the hotel are popular among hikers.