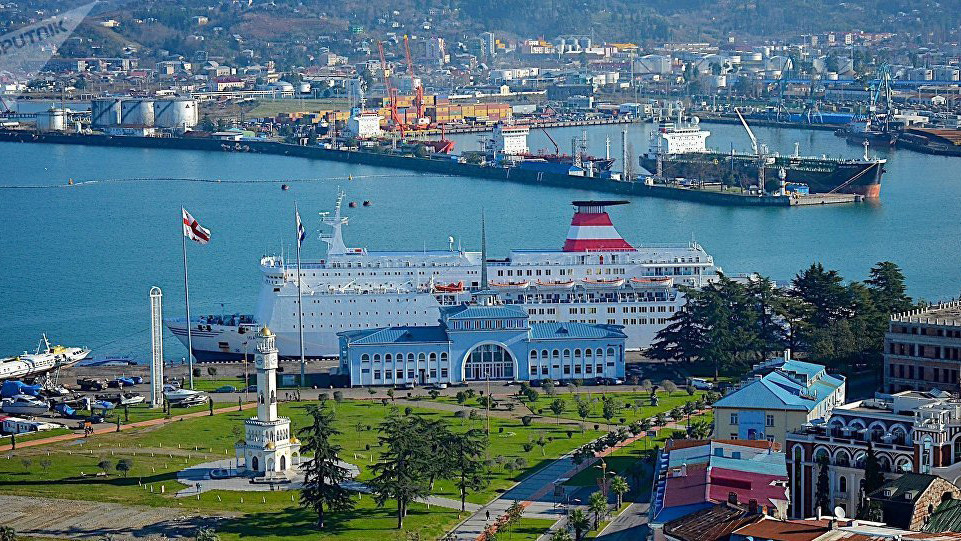 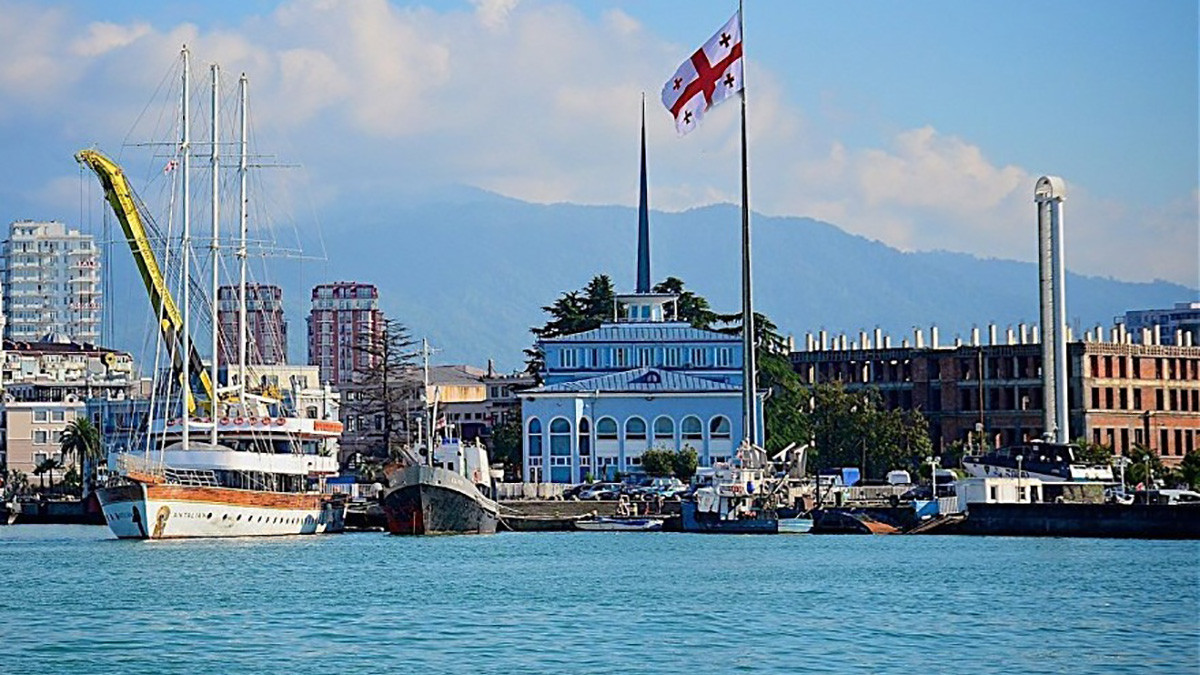 Batumi Sea Trade Port is a modern, high-tech container, ferry, and general cargo port in Batumi. It is located at the Black Sea coast, on the West side of Batumskaya Bukhta, about 20 km North from the Turkish border. The port is protected by two moles, consists of an outer and inner roadstead and two basins with five terminals: Passenger Terminal, Oil Terminal, Container Terminal, Rail-Ferry Crossing, and Dry Cargo Terminal. These terminals are equipped properly, hence they fully meet customers’ requirements and high expectations. A wide range of petroleum, crude oil, and petroleum products are handled. The bulk cargo includes grain, green sugar, scrap metal, and ore; general cargo includes steel pipes and wood products. Ro-Ro, railway ferry facilities, and a container terminal are also available.

Batumi port is considered an important junction of Eurasian transport corridor and a major transport facility of international importance. It is connected to Caucasus, Russia, Turkey, Central Asia by road and railway line. History of the port dates back to the Roman Empire when Batumi Sea Port was one of the important points of the Roman trades network. It had several geostrategic advantages, such as:

- Being located in a natural deep-water area, big ships and vessels can be received here.

- No need for a channel to enter the port, hence no need for shipowners to pay a fee

- Well protected from the coast.

Because of the mentioned advantages, the port was declared as a Port-Franco (Free Port) in 1878, for the period until 1885.

In 1873 Robert Nobel-the eldest son of Emmanuel Nobel arrived in Baku. He was encouraged by thriving oil business and spent 25,000 Russian gold rubles for purchasing of Baku oil refinery. As a partner in the oil business, Nobel choose Baron Rothschild, who on his part got acquainted with the sea broker F. Lanes and a merchant M. Samuel. They first came up with an innovative idea to create tankers-ships for oil transportation.

On 5-th January 1892, the design of a tanker was approved in United Kingdom. Noticeable growth of exported oil volume from Baku to Batumi by the railway line contributed to further development of port infrastructure, that would meet high standards. In 1885 this project officially took a start. Authors of the plan were the first head of Batumi Sea Commercial Port, Admiral Greve, and engineer Georg Alkovich.

The first British tanker “Murex” left the English port of West Hartlepool in 1892. It headed to the port of destination-Batumi. And from there, filled with oil, continued to Singapore and Thailand. The same vessel, loaded in Batumi port, opened tanker traffic along the Suez Canal on August 23 of 1892.

In 1900, the construction of Baku-Batumi first oil pipeline in the world was completed.

By the beginning of the 20-th century, Batumi Port became one of the leading ports of the Black Sea in importance and cargo turnover. Later, 5 more berths for tankers and dry cargo vessels were built. The cargo turnover of the port increased range of processed goods expanded.

In 1923 during the Soviet period, Batumi seaport was transferred to the register of ports of the highest first category, which further accelerated its development. At that time, it was one of those ports of the Soviet Union, whose cargo turnover exceeded 1 million tons. The Marine Station was built in 1959-1962. By 1967 the port could already take large-tonnage vessels on an external roadstead.

The current Marine Station was built in 1962 by the architects Novakov and Kremlyakov. It is equipped with a modern navigation center. The architectural building of the Seaport is considered one of the symbols of Old Batumi.

There is a famous "Miracle park” and a yacht club near Batumi Sea Port, where you can take a boat ride and enjoy a mesmerizing sea view from Batumi.