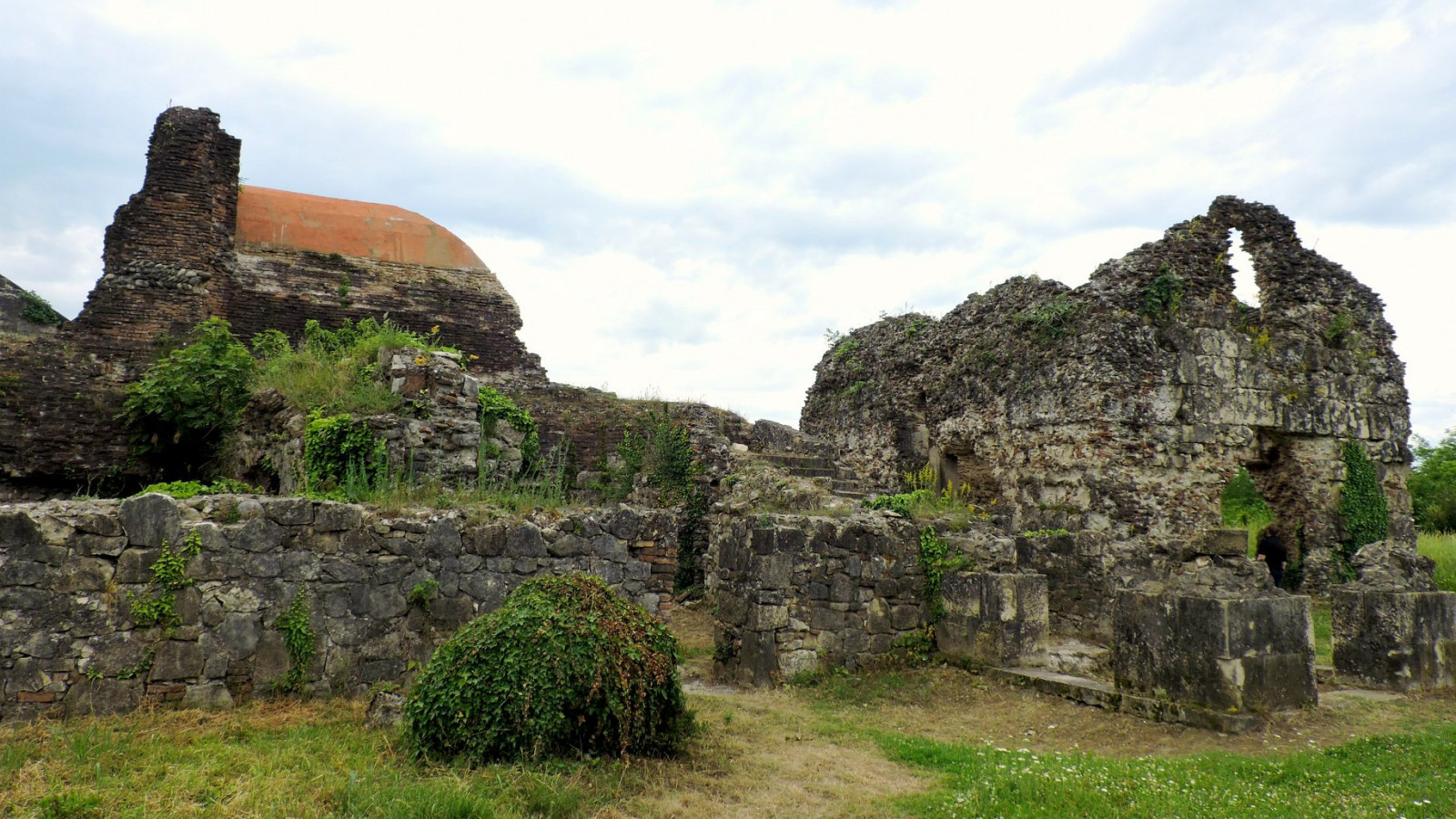 Geguti Complex ruins remain 12 km south of the city of Kutaisi and occupy the area of over 2,000 m2 along the Rioni River. The principal part of the Palace displays a four-tier brick edifice built on three-metre high stone plinth, with a cruciform central hall mounted by a 14m Diameter dome. The oldest section – one-room building with a large fireplace – dates back to the 8th-9th century. The entire building is fortified with massive pillars embracing the entrance doorway. Additional structures and a palace church, located in the Western part, belong to the later period of 13th-14th century.

The Royal Palace dates back to the 12th century, although the surviving layers of the building preserve fragments of the 5th-6th centuries. The scientists have been able to restore the original appearance of the palace. A square-shaped construction consisted of 21 rooms, equipped with baths and a water supply system, surrounded by oak forest, where Georgian kings used to hunt.  In front of this structure, there was a pool covered by a tent. One could reach the palace through an entrance in the north wall where two pillars embraced the doorway. The vestibule led past a bathhouse to the right and domestic quarters to the left. The throne of the king stood in the Southern part. In the South-Western corner of the hall were Royals’ chambers and a bedroom, with two treasuries placed on the right side, in the southeastern corner. Next to the eastern side there was a hunting lodge also used as a kitchen. Series of archaeological studies carried out in the 1950s, reveal that the walls of Geguti were covered with frescoes and the windows had panes of glass.

Historical records frequently mention the Royal Residency of Geguti as a beloved place of the Georgian royalty and a major cultural center, where many public affairs used to be settled. The earliest surviving depiction of the palace is by Timothy Gabashvili - the eighteenth-century Georgian travel writer, cartographer and diplomat. In his Imereti map drawn in 1737, he portrays the palace and its adjacent church by the river.  Juansheri-the eleventh-century Georgian historian mentions Geguti in his book “the Life of Kartli”, as the place where Georgian kings like David the Builder and Queen Tamar used to stay for special occasions, hunt around and live here. Here in 1178, King George III announced his daughter as a co-ruler. It was also the place where during the reign of Tamar in 1191, her former husband, Prince Yuri Bogolyubsky, was crowned by rebellious nobles against the queen.

Vakhushti Bagrationi - the eighteenth-century Georgian royal prince, geographer, historian, and cartographer of the Kartli Kingdom of Kartli compares the palace to mosques and states: “to the west of Ruini river there is Geguti which is a winter palace. The building looks like a mosque having many small or large rooms made of hewn stone”.

Several other textual sources have also called Geguti  “the King’s Winter Palace” as well as “The Throne”.

Geguti Royal Palace Complex has been cleaned and reconstructed several times in the past years. However due to bad preservation conditions, it needs restoration again.