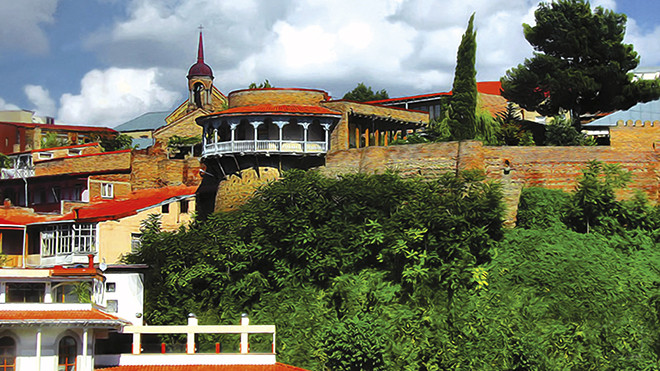 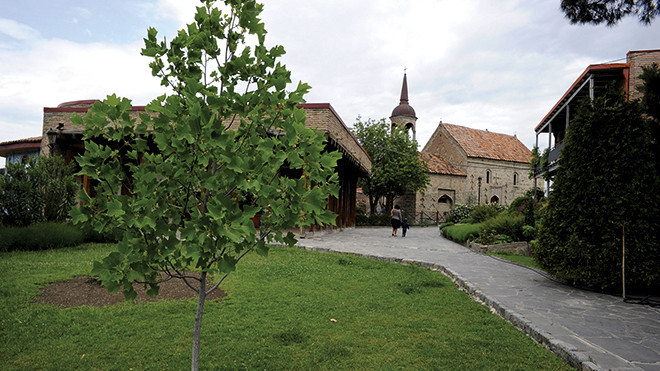 The court church of the palace Sachino was constructed in the late 18th century and was renovated in the 19th Century. It is three nave basilica with brisk and field stone facade. The bell tower is attached to the western entrance and can be seen from downtown.

The word “sachino” means distinguished, eminent. The court church was called the church of St. Erekle and Daria (the Georgian Royals 18th c). King Erekle constructed the church for his family use – his third wife, Queen Darejan (Daria) granted him 23 children.

The buildings were damaged during the invasion of Iranian Agha Mahmud Khan in 1795, though they were repaired at once, and the queen lived in that palace till 1803. After the deportation of queen Darejan to Russia, Russian exarch Teopilakte obtained both the palace and the church and disposed the theological seminary and parish schools in it. A bit later, the church was sanctified as the Christ’s Transformation church and a monastery was founded in it. During the Soviet regime the place was left deserted while in 1991 it was turned into a nunnery.

To book private tour, please, check itineraries below or contact us here.