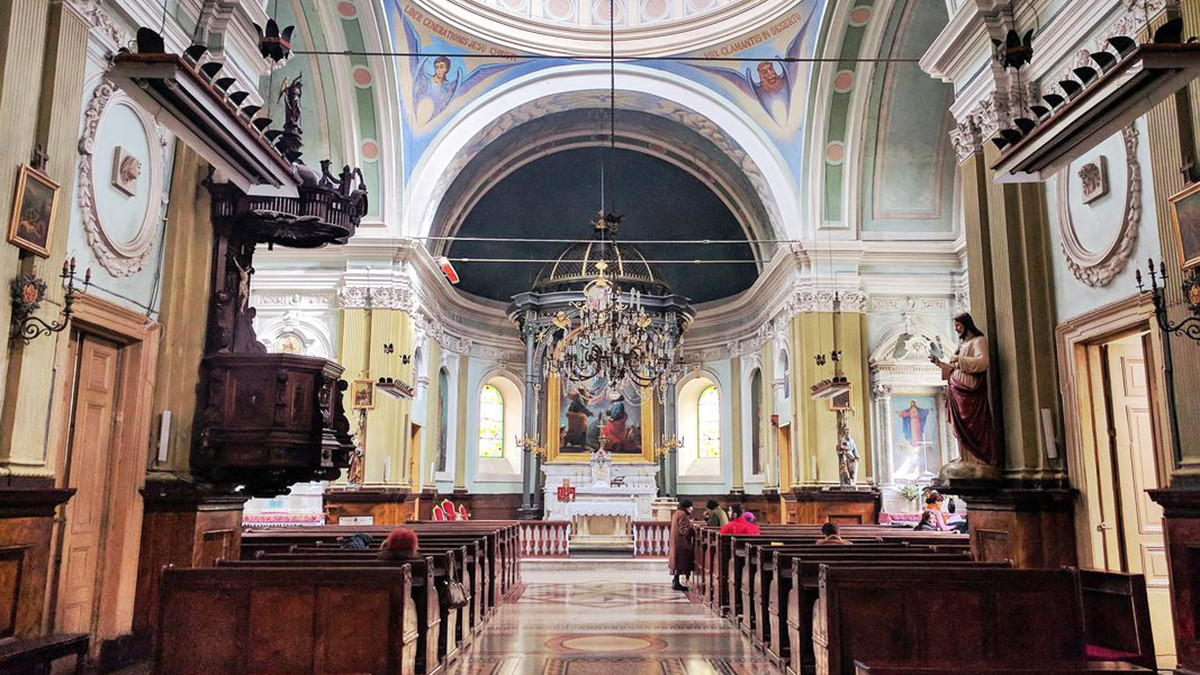 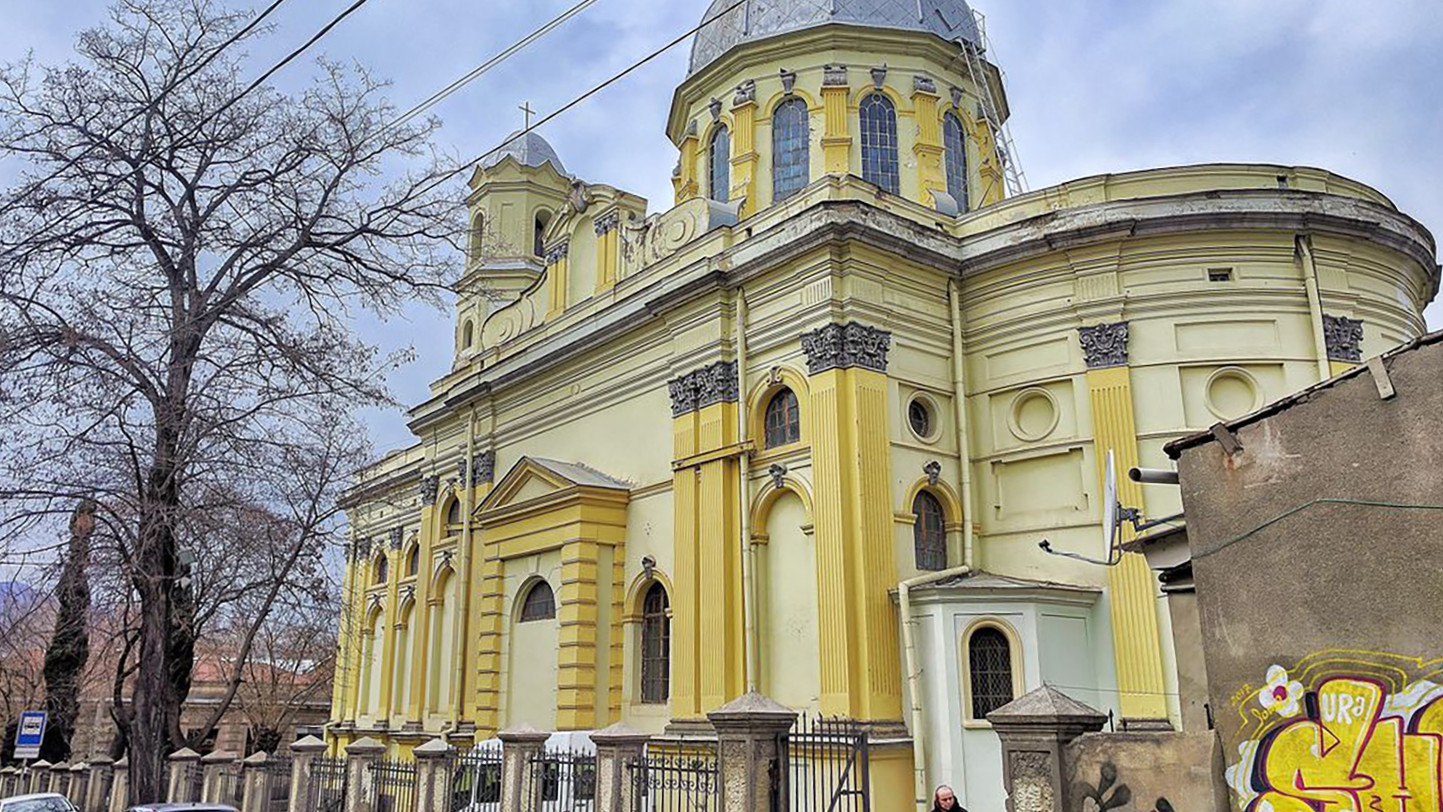 St. Peter and Paul the Apostles Catholic Church is located near David Agmashenebeli avenue, on Ivane Javakhishvili street. The church project was designed in 1861 by German architect Albert Zaltzman and construction works completed between 1870-1877, under the sponsorship of catholic Georgian businessman and philanthropist Konstantine Zubalashvili.

The church underwent a minimal renovation, so it still looks almost as it did in the beginning. Its architecture is based on Roman Barocco style church - "Il Gesù" in Rome and radically differs from others. The facade is divided by pilasters and arches of a more intense yellow of Corinth than the rest of the structure, completed with two tall towers and a big sphere dome.  The entrance is from the West. Interior consists of various attractive elements such as the mosaic floor, majestic arches with rich murals, and wonderful altars, that were constructed of Italian and Georgian marble. Above the central altar hangs a picture of Jesus and his two apostles, Peter and Paul. But the most noticeable feature is a great big dome, covered by silver metal.

It is notable that the Church has never stopped accepting parishioners, even in times of severe persecution. Pope John Paul II celebrated Mass there, during his visit to Georgia in October 1999.

St. Peter and St. Paul’s church is one of two catholic churches in Tbilisi. Service accompanied with organ music is conducted every Sunday.