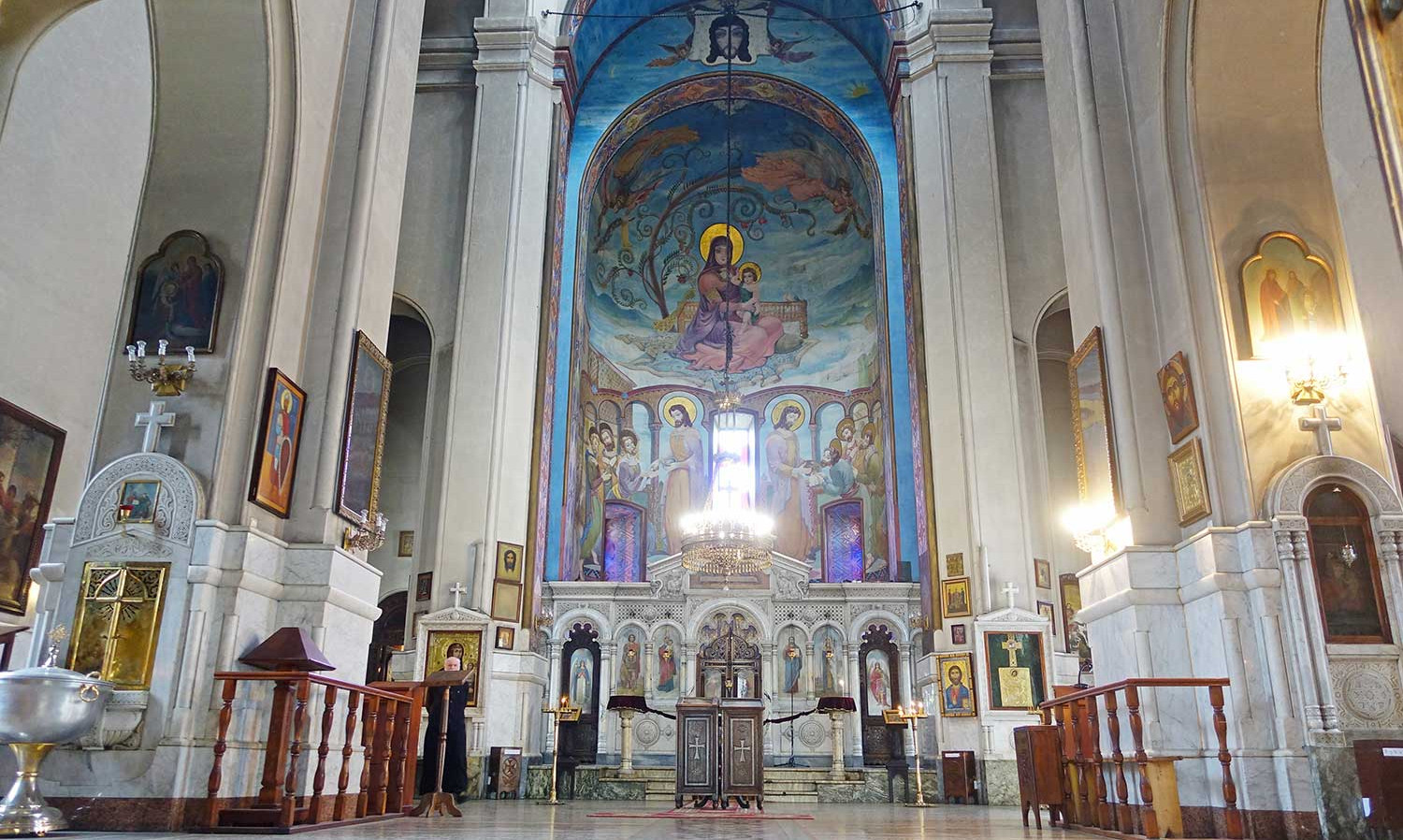 The name is derived from a miracle by Sant father Davit Garejeli, who was one of the 12 Assyrian monks living and performing their duties in Georgia in the 6th century. The story tells that the fire worshippers were against him, so they bribed a woman, who accused the saint of impregnating her. As prophesied by David, the lie was revealed when the woman gave birth to a stone. Hence, the name Kvashveti is derived from this occasion (giving birth to a stone). The first wooden church, but later on the stone basilica was built here in the 6th century.

Between 1904-1910, in place of the old damaged church a new one was built according to the project of the architect Leopold Bilfeld, who based his design on the masterpiece of Georgian mediaeval architecture Samtavisi Cathedral.

The frescos in Kvashveti eastern semicircular apses were painted by an outstanding Georgian painter of the 20th century Lado Gudiashvili.