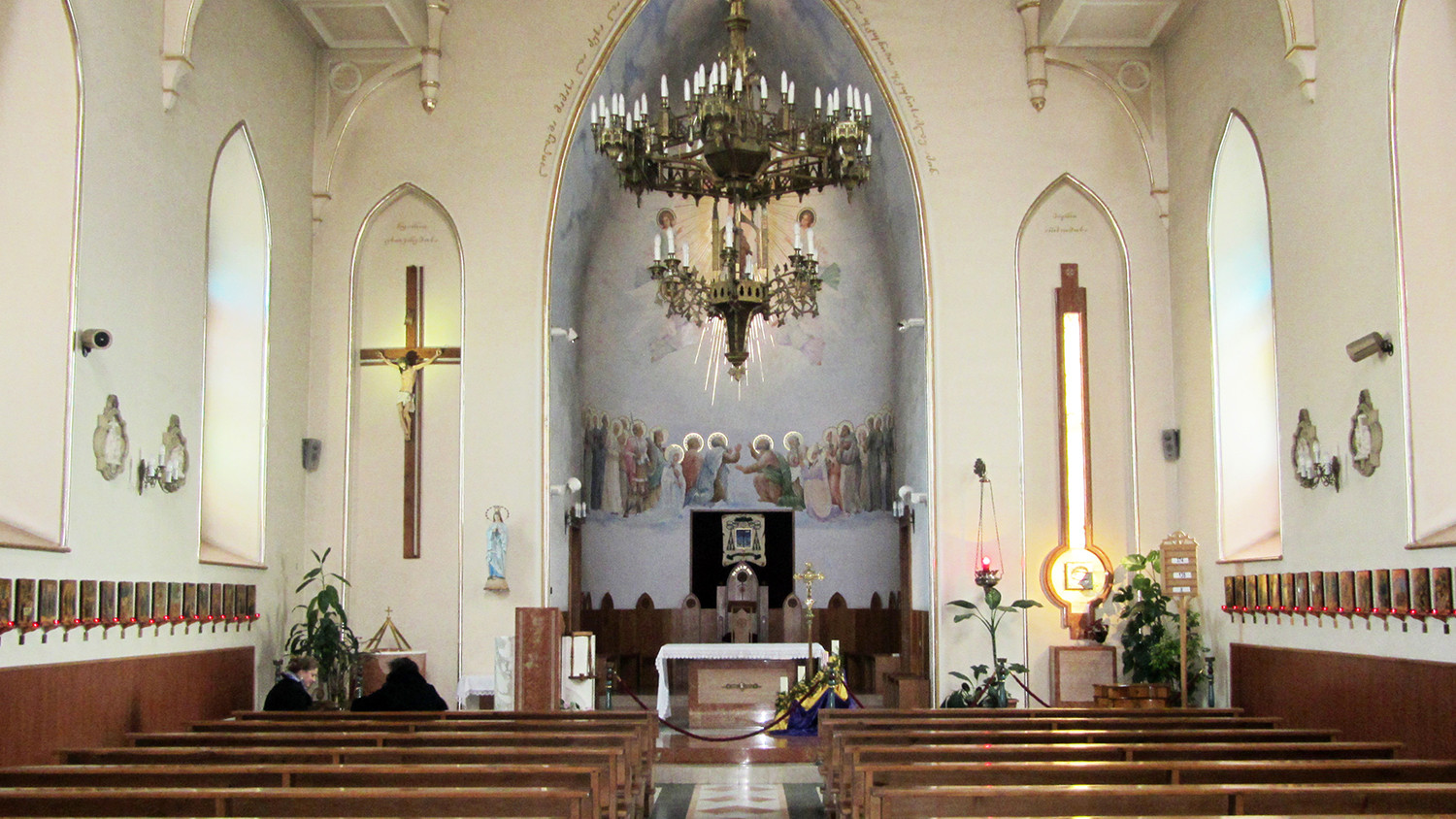 Cathedral of the Assumption of the Virgin, Tbilisi

St. Mary Cathedral Church stands on one of the oldest streets of Tbilisi.  Earlier in the 13th century, this territory was settled by Catholics.  Despite missionary activities, the Catholic eparchy had no church building until the 19th century. In 1240 the Dominicans founded a monastery. In 1328 a cathedral named after St. John the Baptist was built and Tbilisi became an Episcopal seat. During the 17th century, Catholic missionaries returned to Georgia. The monk Philipo Foranian, with the support of the prefect of the city Francesco Paduel, built the current cathedral between 1805-1808.

The Catholic Church of the Ascension of the Virgin Mary was closed in the 1930s by the Soviet government, as well as many religious buildings on the territory of the USSR. After Georgia regained its independence the temple was consecrated and opened to the congregation in 1999, during the visit of Pontiac John Paul II.

Stained-glass windows at the main entrance show images of archangels. The facade and main gate of the church are decorated with images of saints.  Before the main entrance stands statue of the Virgin Mary holding Jesus in her arms. Inner walls of the temple are covered with gold and paintings. Huge double-decker chandeliers hang from the high ceilings.

St. Mary Cathedral Church celebrates an English Mass every Saturday from 17:30 - around 18:30.