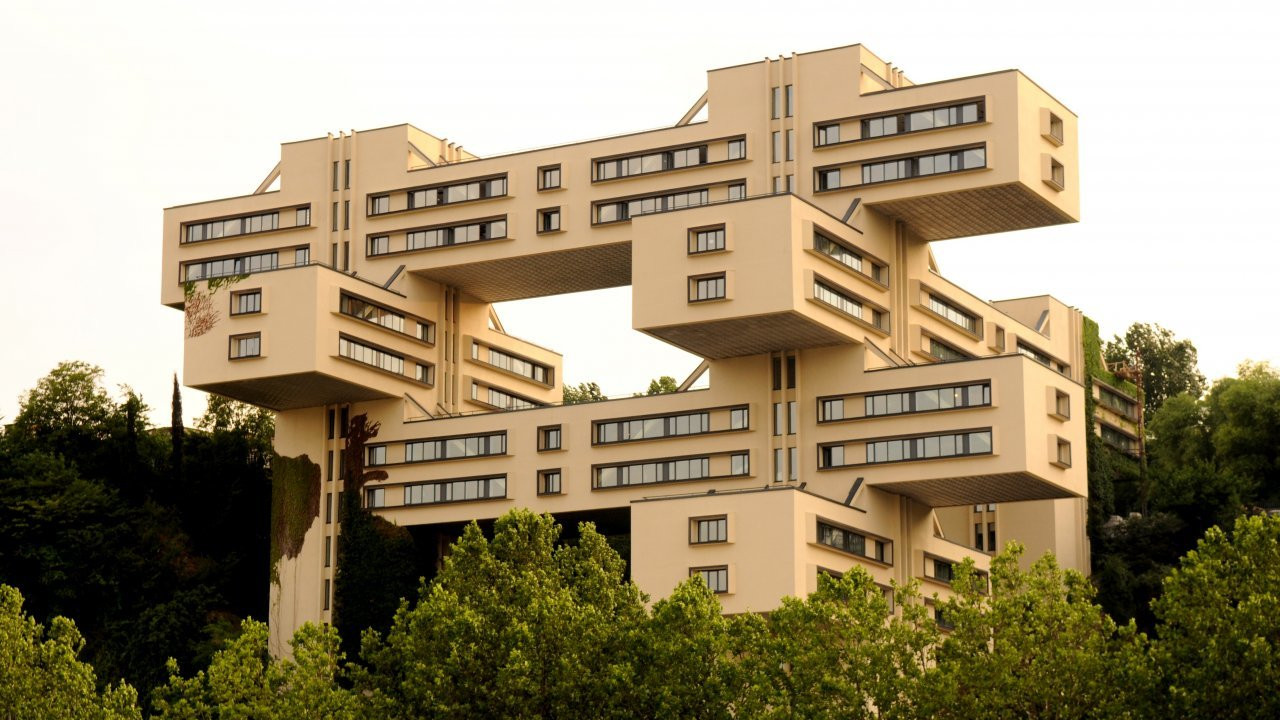 The Bank of Georgia headquarters building located in Tbilisi is one of the most iconic structures of the former soviet city. Completed in 1975, previously it served as a building for the Ministry of Highway Construction of Georgian SSR. George Chakhava and Zurab Jalaghania are the architects of the construction. It has been the main office of the Bank of Georgia since 2007.

Unusual 18-story building appears to be haphazardly built from randomly piled bricks. The design for this construction is related to the concept known as space city method. Engineers and architects following this approach design their structures in way that they occupy as little ground as possible. The construction is basically an enormous grid of interlocking concrete forms. From 2010 to 2011 the interior was renovated, the underground lobby and a new main entrance were constructed

The unique design of the construction reflects architectural ideas of the Russian constructivists from the early 20th c, and also resembles the Brutalism movement elements, mainly notable in use of concrete and the geometrical outline of the building imitating piled bricks. The structure consists of a grid of interlocking parts, with three parts oriented at an east-west axis, and two on a north-south axis.