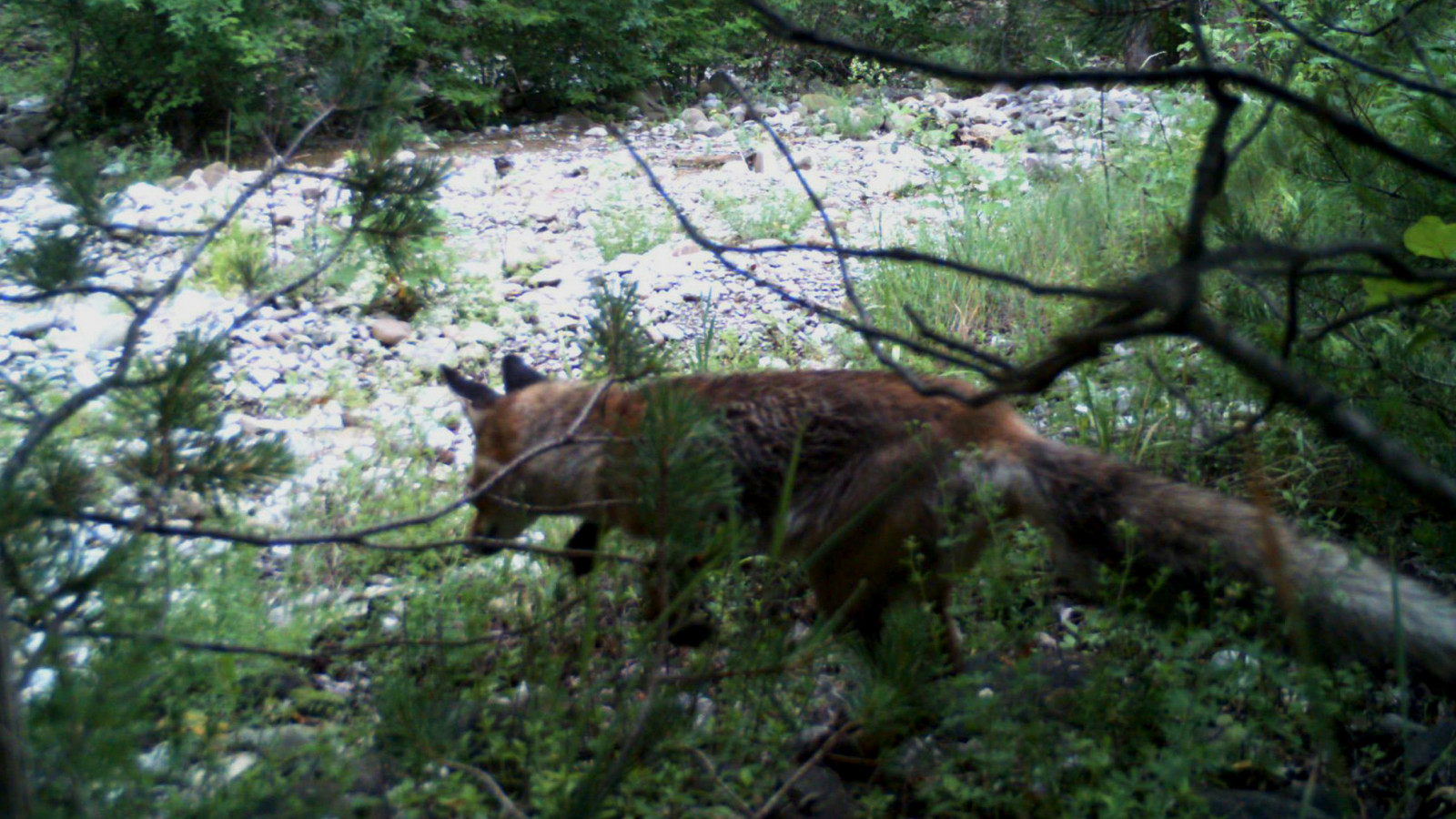 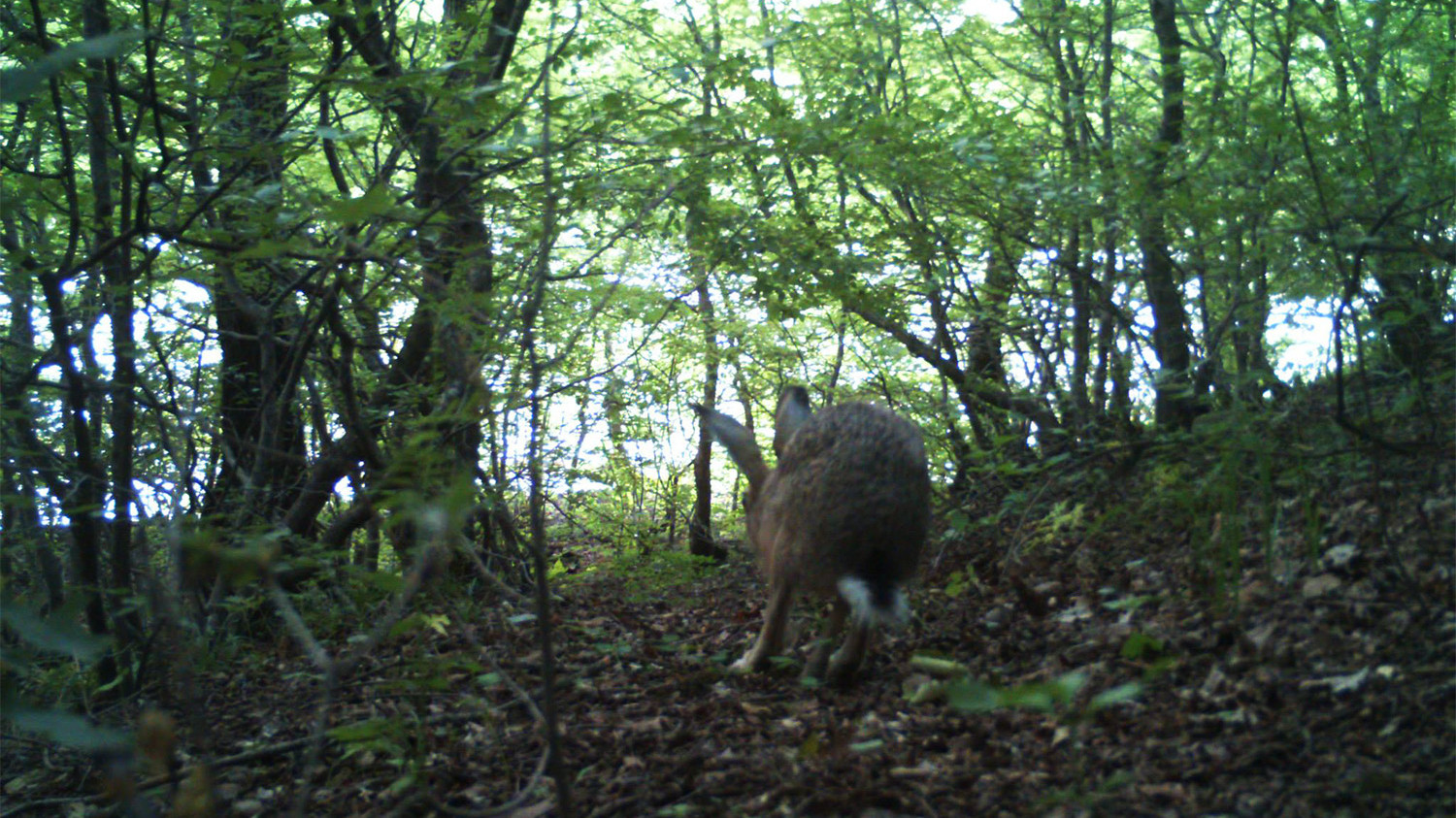 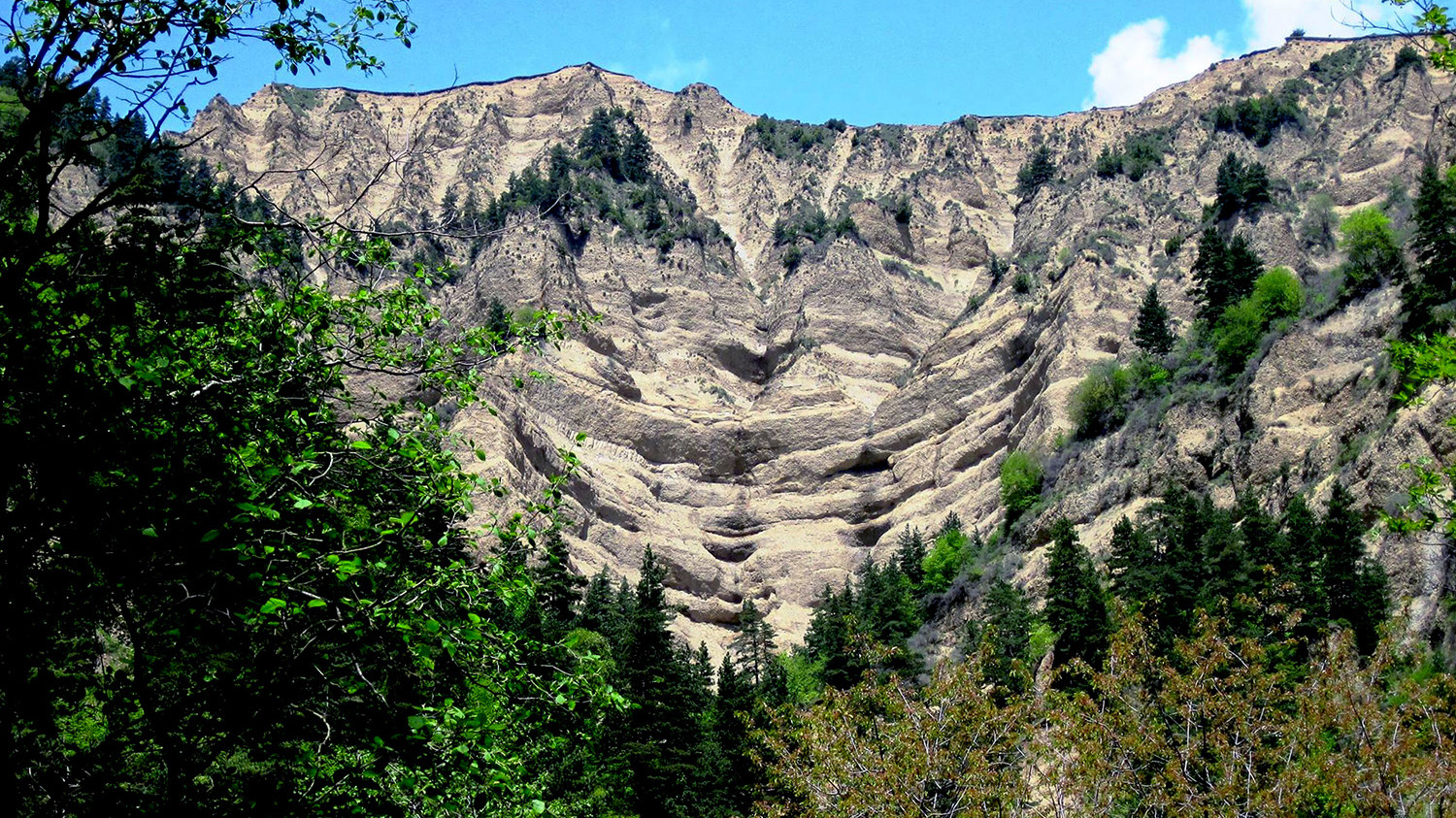 Mariamjvari Strict Nature Reserve is located on the southern slopes of Tsivgombori range, at a distance of 60 km from Tbilisi nearby the Antoki village of Sagarejo District (1040 ha). The breathtaking view of Gare Kakheti can be seen from the Strict Nature Reserve as well as from the entire Tsiv-Gombori range and one can make out the vineyards and maize fields watered by the Iori River, and further more – infertile and available only for grazing, but very beautiful Iori plateau. Soils are composed mainly by clay layers, marls and sandstones.

The Strict Nature Reserve is located within the heights of 700-800m up to 1300-1400 m. The local climate is not homogenous. The lower zones are characterized with moderate warm climate; the central zone – with moderate climate and the upper zone – with cold climate. The entire Strict Nature Reserve represents the forest moderate cool climate region. The annual amount of atmospheric precipitation is 744 mm.

The hydrological network is represented only by dry riverbeds of vast gorges that are flooded very fast during the rainy days and dried up on sunny days very fast as well.

Main objective of establishing the Mariamjvari Strict Nature Reserve was protection and maintenance of the hotbed of the Caucasian relict – Caucasian pine (Pinus kochiana) and carry out the scientific researches on it.

90 % of the Mariamjvari Strict Nature Reserve is covered with forest. Pine forests can be found both on the southern and northern slopes of Tsivgombory range. Relatively larger pine groves are located in the upper parts of Giorgitsminda, Antoki, and Mariamjvari and Tokhliauri gorges. Pure pine groves and mixed forest with deciduous plants can be found in the Strict Nature Reserve. Deciduous forests generally are represented by Oriental beech (Fagus orientalis), Georgian oak (Quercus iberica)and hornbeam (Carpinus caucasica). Alder groves (Alnus barbata) can be found in some places. Underbrush is rich in cornel, medlar, hawthorn, nut and blackberry. Approximately 50 species of trees and shrubs are widespread in the Mariamjvari Strict Nature Reserve.

Several important historical monuments are near the territory of the Strict Nature Reserve, such as the Ninotsminda monastery complex of the 12th century, the St. George church of the same century, and the unique Gurjaani double-domed basilica. Samples of steadfastly built folk type stone houses, ancient wine cellars and utility rooms have been remained in the village of Mariamjvari and the villages nearby the Strict Nature Reserve. Many old crypts, remains of buildings of Pre-Christian and Middle Ages, old pitchers and ceramic material are discovered in the territory of Sagarejo district.

Near the Korughi Managed Nature Reserve the Eneolithic-Early Bronze Age ruins of dwellings have been discovered, the crypts of Middle Bronze Age have been excavated, the monuments of Late Bronze Age and Early Iron Age have been found. Among the historical monuments located near Korughi, the most important is the David Gareji monastery complex. Missioner David Garejian came to Georgia from Asureti in the sixth century and established monastery; the spiritual life of the monastery has continued for centuries (except the 70 years gap of Soviet period). Over the centuries, numerous monasteries appeared on the lifeless and arid Iori plateau, and these places became the hotbed of spiritual life, center of literacy and wall painting. Nowadays one of the most important monasteries – Bertubani is located in the territory of Azerbaijan Republic. Lavra, Udabno, Natlismtsemeli, Verangareja, Chichkhituri, Dodo’s Rka, Tetri Senakebi are the monuments that belong to the monastery complex and harmoniously fitted to the beautiful landscape attracting many visitors and pilgrims.

Mariamjvari Strict Nature Reserve is an abundant site distinguished with vineyards and grape types. Since the ancient times, the population of Kakheti was engaged in farming, namely in viticulture. The ethnographic culture of local people preserved the polyphonic folk songs and old rituals dedicated to grape-vine.

In the adjacent territory of Korughi Managed Nature Reserve the cultural, driving, adventure and hiking tours are well developed. These kinds of tourism are connected with sightseeing of David Gareji monastery complex. The region has great potential for ecological, botanical, bird and animal watching tourism development.