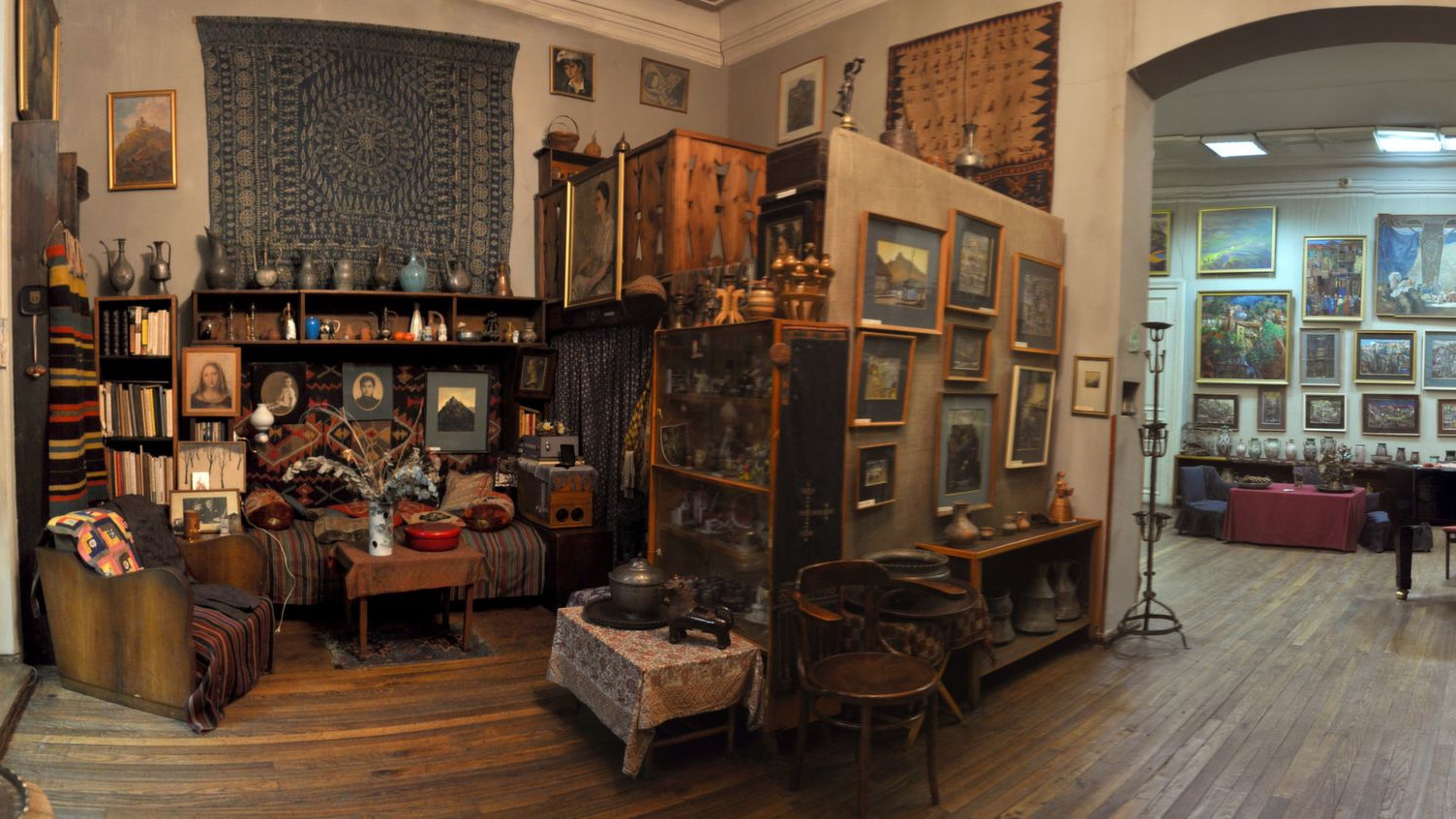 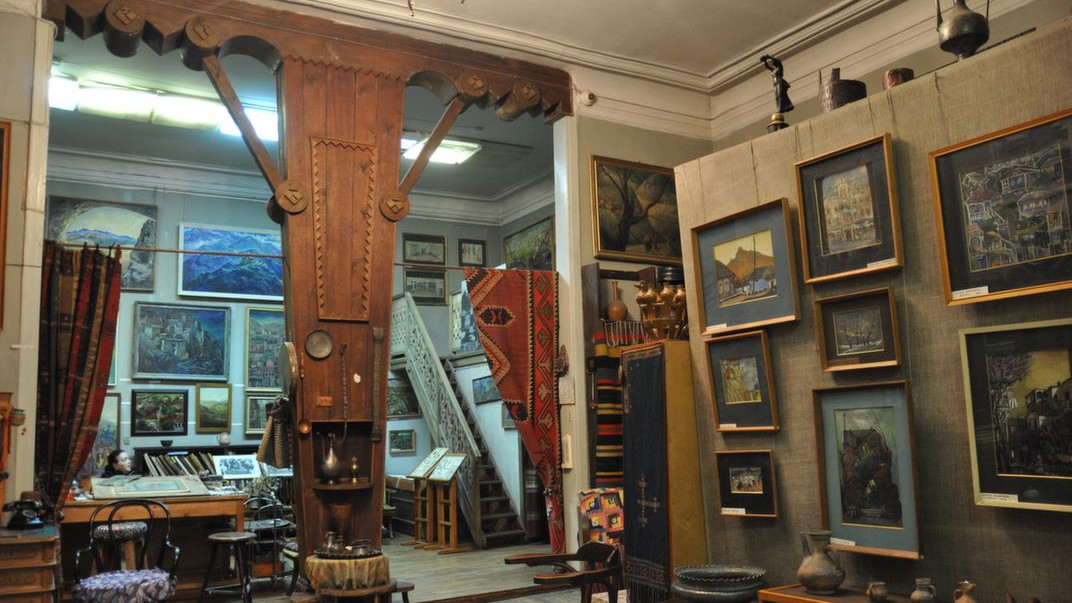 Elene Akhvlediani (1901-1975) is one of the most notable representatives of Georgian Fine Arts of the 20th century; her legacy alongside with her contemporaries, such as Lado Gudiashvili and David Kakabadze, has largely determined the distinctive features of Georgian Fine Arts. Mrs. Elene, as a scholarship recipient from Tbilisi State Academy of Arts had an opportunity to study in Italy and France, her exhibitions turned attention of French art critics.  The studio, where this museum was established one year after her death, used to be an art salon, where poetry readings and concerts were often held.  Nowadays, the museum houses over three thousand items related to her life and art:  landscape paintings, graphics, set designer works along with collection of craft samples from Georgian regions, collected by the artist such as rugs, carpets, ceramics and copper vessels; various documents and photographs. The museum keeps the above mentioned tradition and often organizes various meetings, concerts, and educational programs.