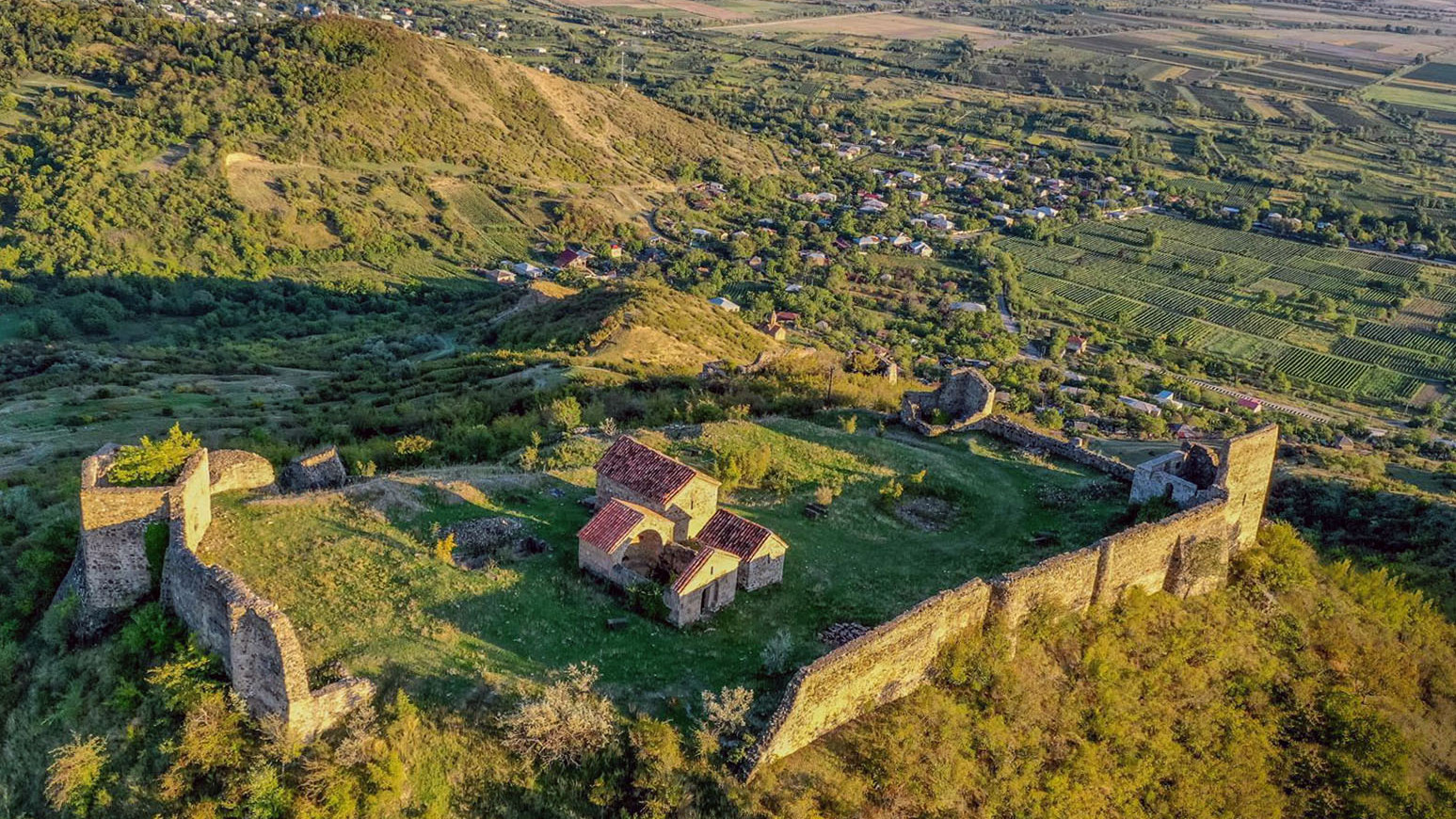 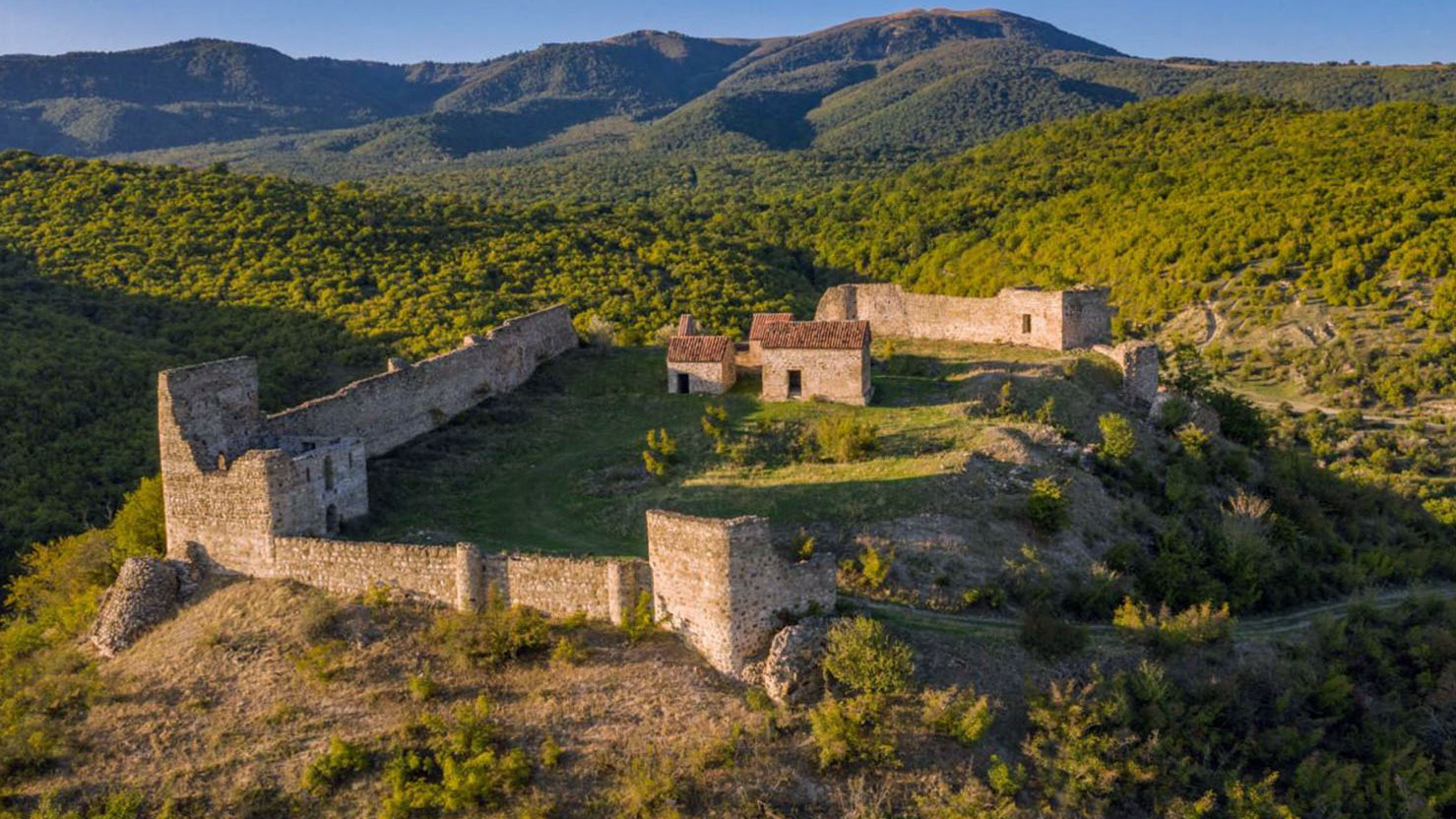 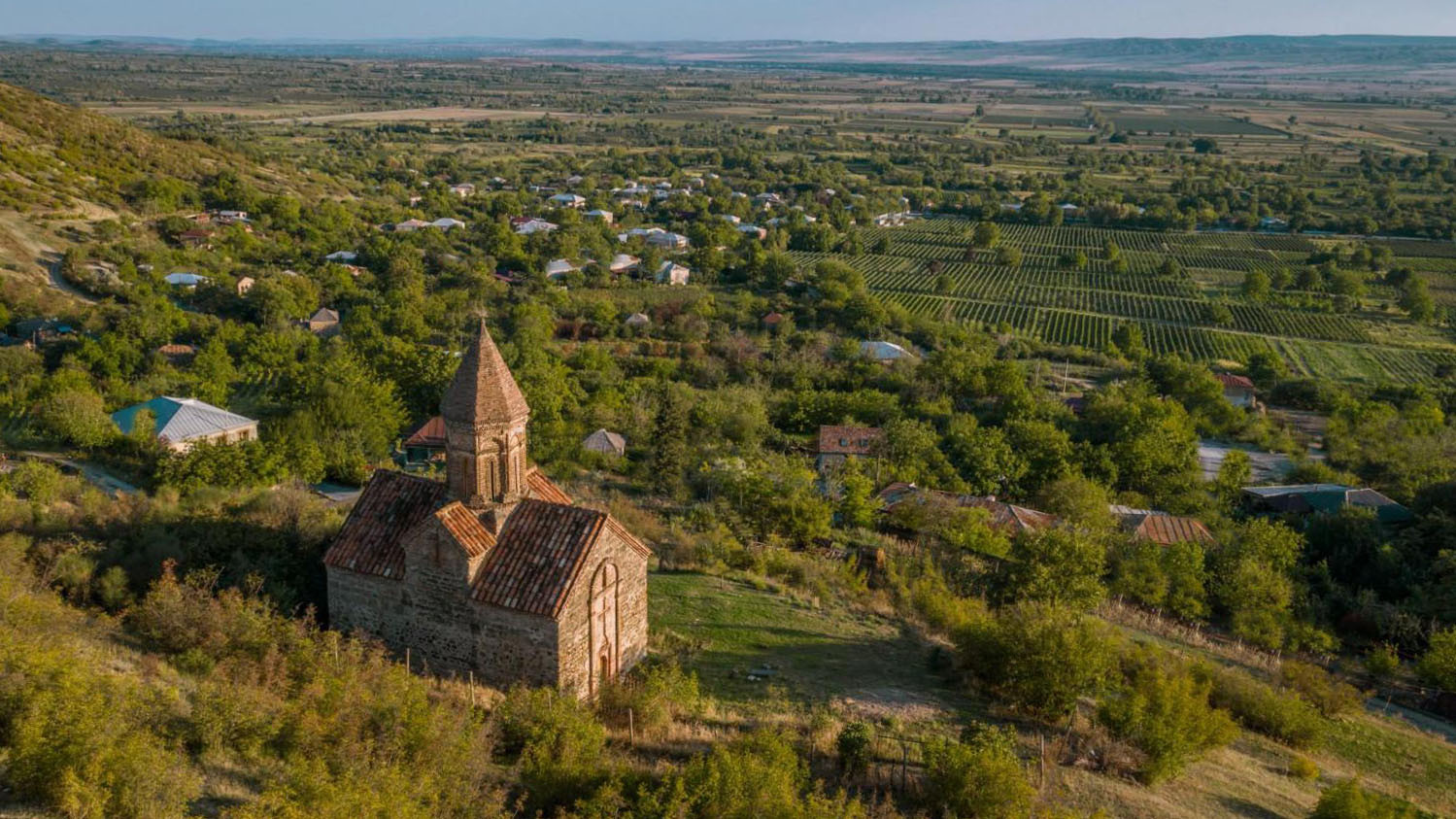 Manavi Fortress is a medieval fortification located on the hill top of the village Manavi, Sagarejo municipality, in the Eastern Georgia – so called, outer Kakheti.

Manavi fort is an example of medieval Kakheti fortification architecture – mix of field stone and red briks. Some parts of the fortress are dated as early as 10th-11th c.c., although, other parts were built later, in the 16th-18th c.c. Manavi was positioned at the heart of historical Hereti province with an important strategic location. Fort was built on a hill, which overlooks both sides of the river Iori valley. In the first half of the 18th century, Manavi used to be the residence for the kings of Kakheti – David II and Teimuraz I. At the end of the 18th century village and fortress of Manavi was already devastated due to Lekianoba (marauds from the North Caucasus) and continuous wars with Ottomans and Persians in the region.

The church is working every day 09:00-18:00, admission is limited during the liturgy. Dress code required.