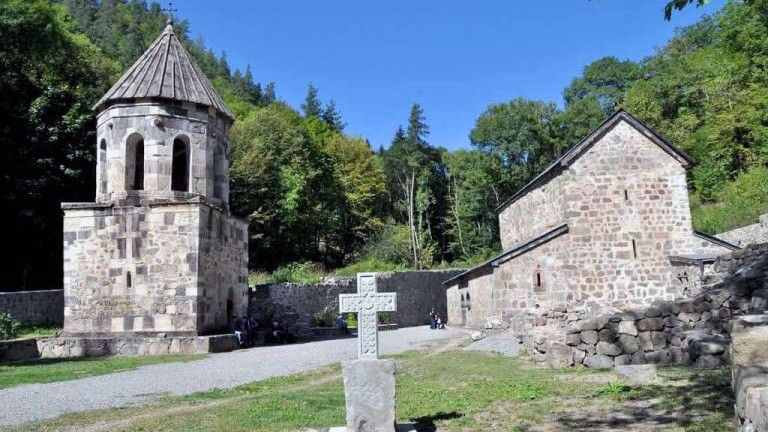 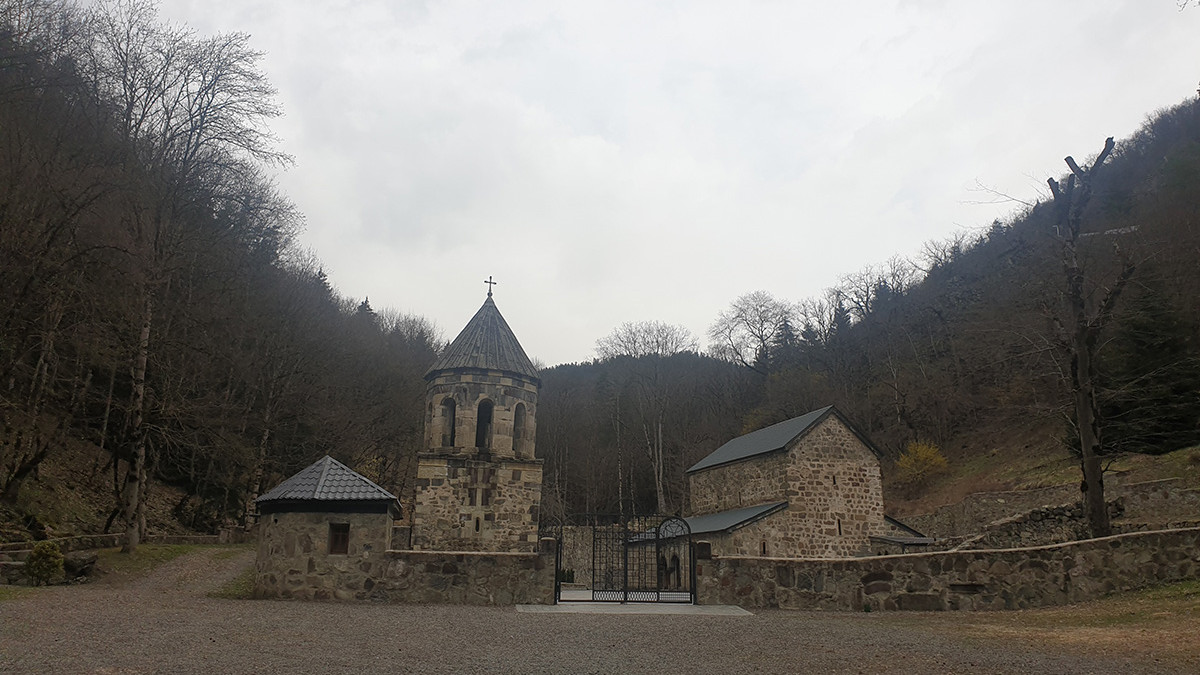 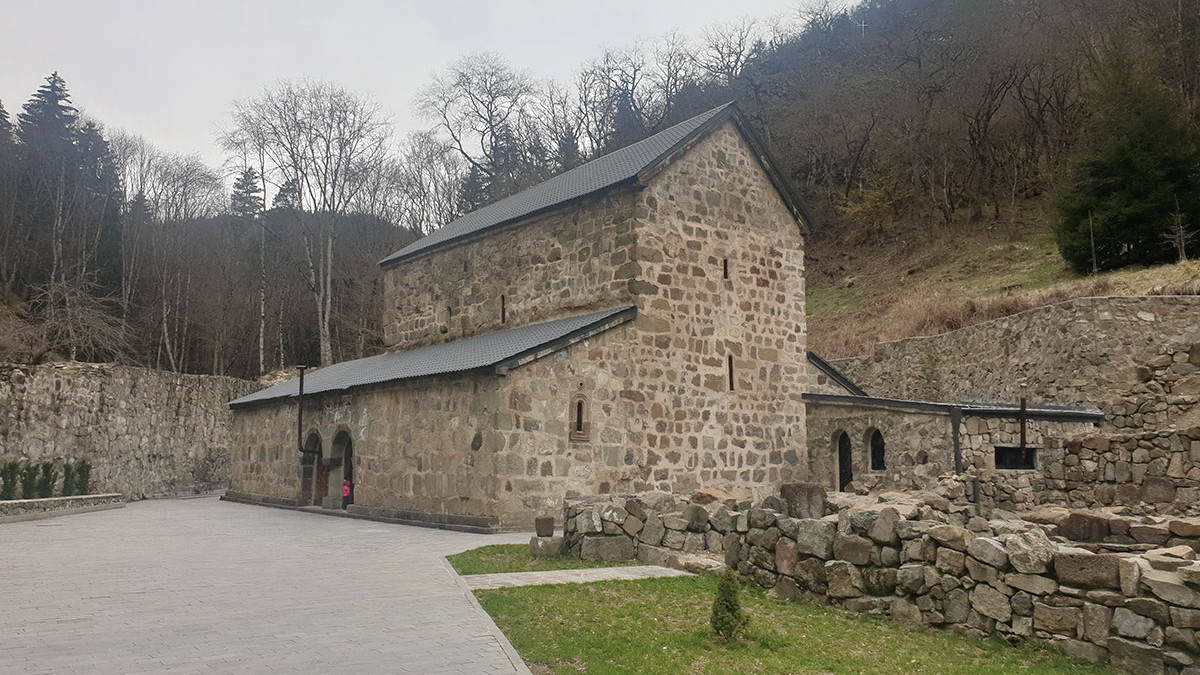 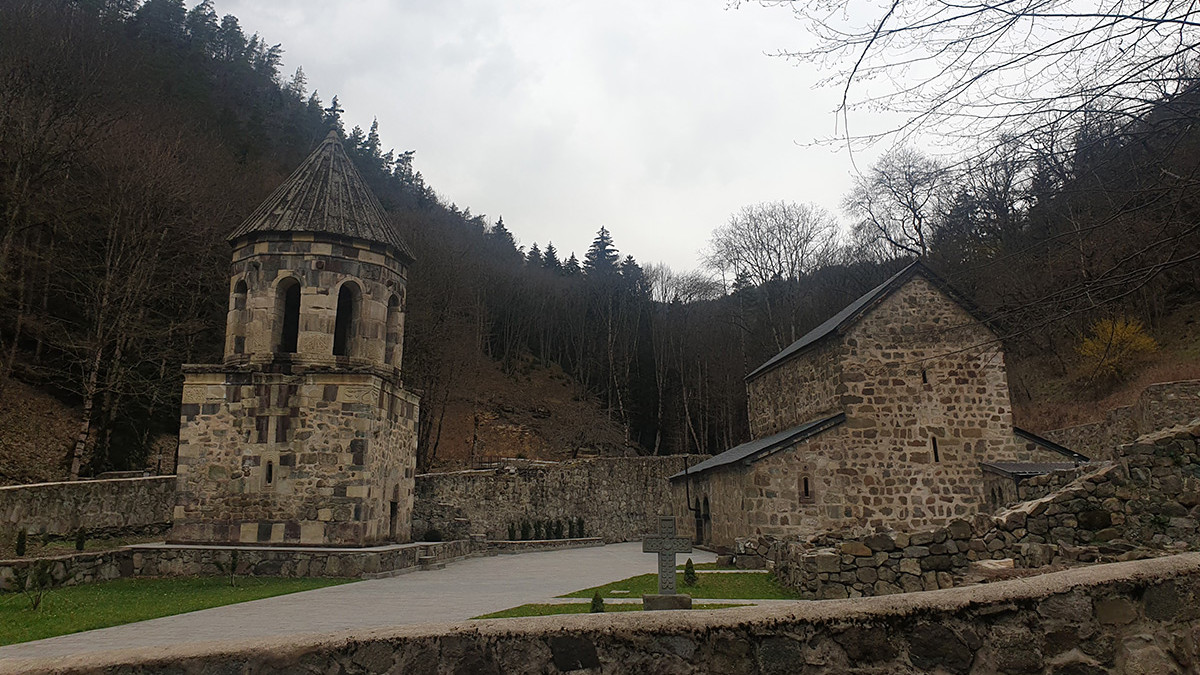 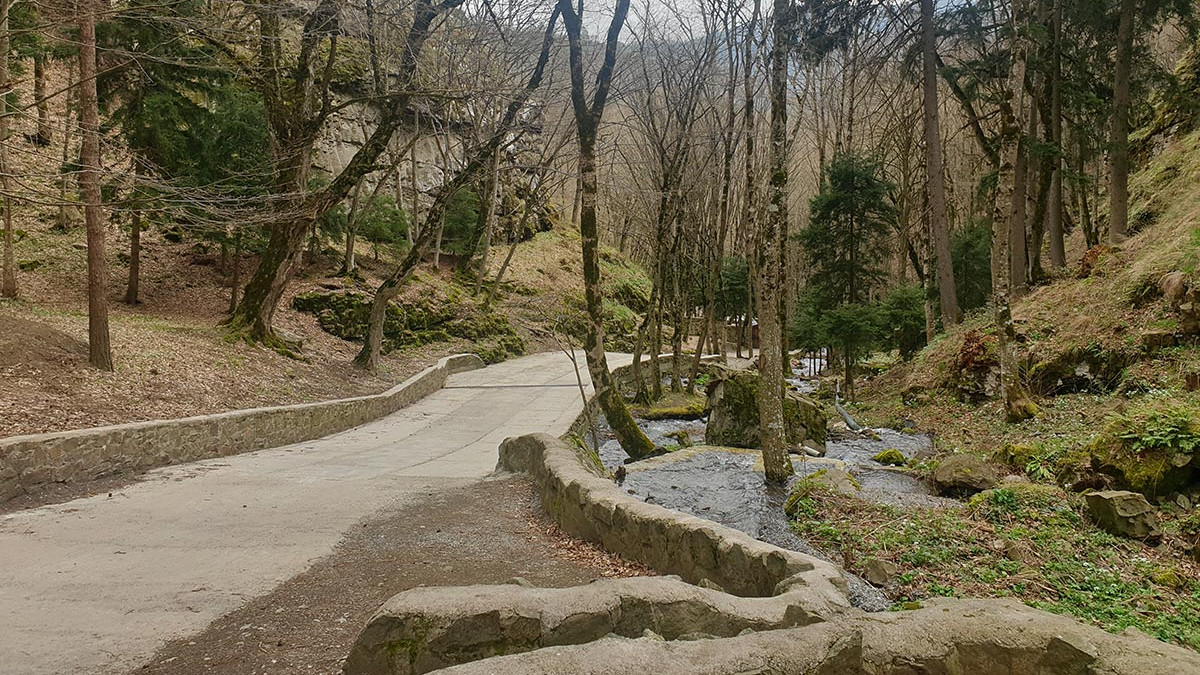 Chitakhevi church of Saint George is a medieval IX c. church located in Borjomi municipality, in about 10 km from town Borjomi, near village Chitakhevi. Monastery is called by locals as Mtsvane Monastery, which in Georgian means – Green Monastery.

Monastery is nested in a beautiful gorge in south-western edge of Borjomi-Kharagauli National Park, surrounded by the hills and deciduous forests. Complex was abandoned in the 18th century, and restored several times in 1978 and 1988. Mtsvane Monastery became active once again in 2003.

Church is a three-nave basilica, estimated to be built in the 9th century. Remains of the paintings on the church walls are dated to the 12th-13th c.c.

Two-storey bell tower of the complex is standing separately, dated to the 16th-17th c.c. There’s a small chapel on the first floor, and a belfry on the second floor. Structure has stone ornaments on the façade.