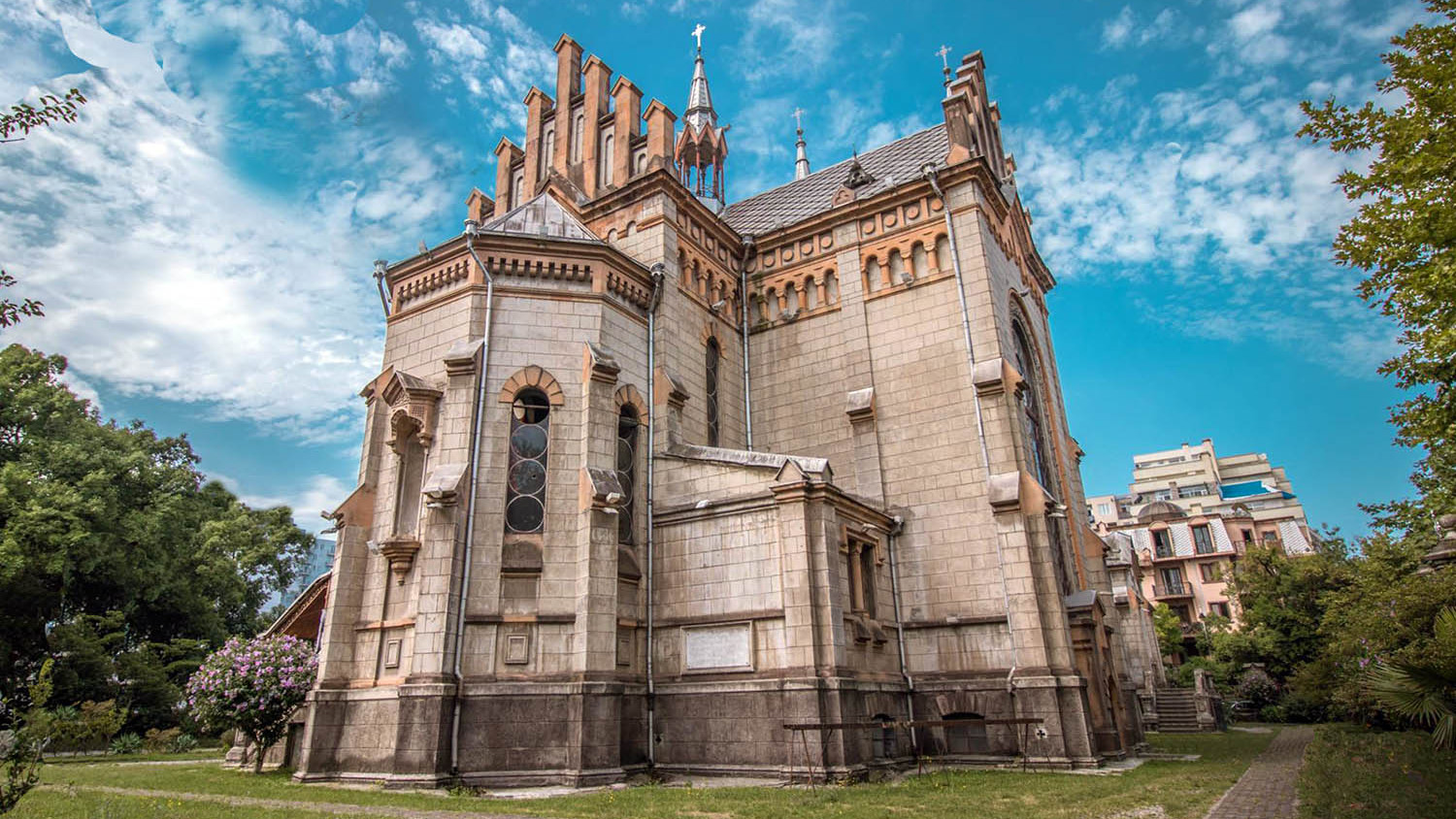 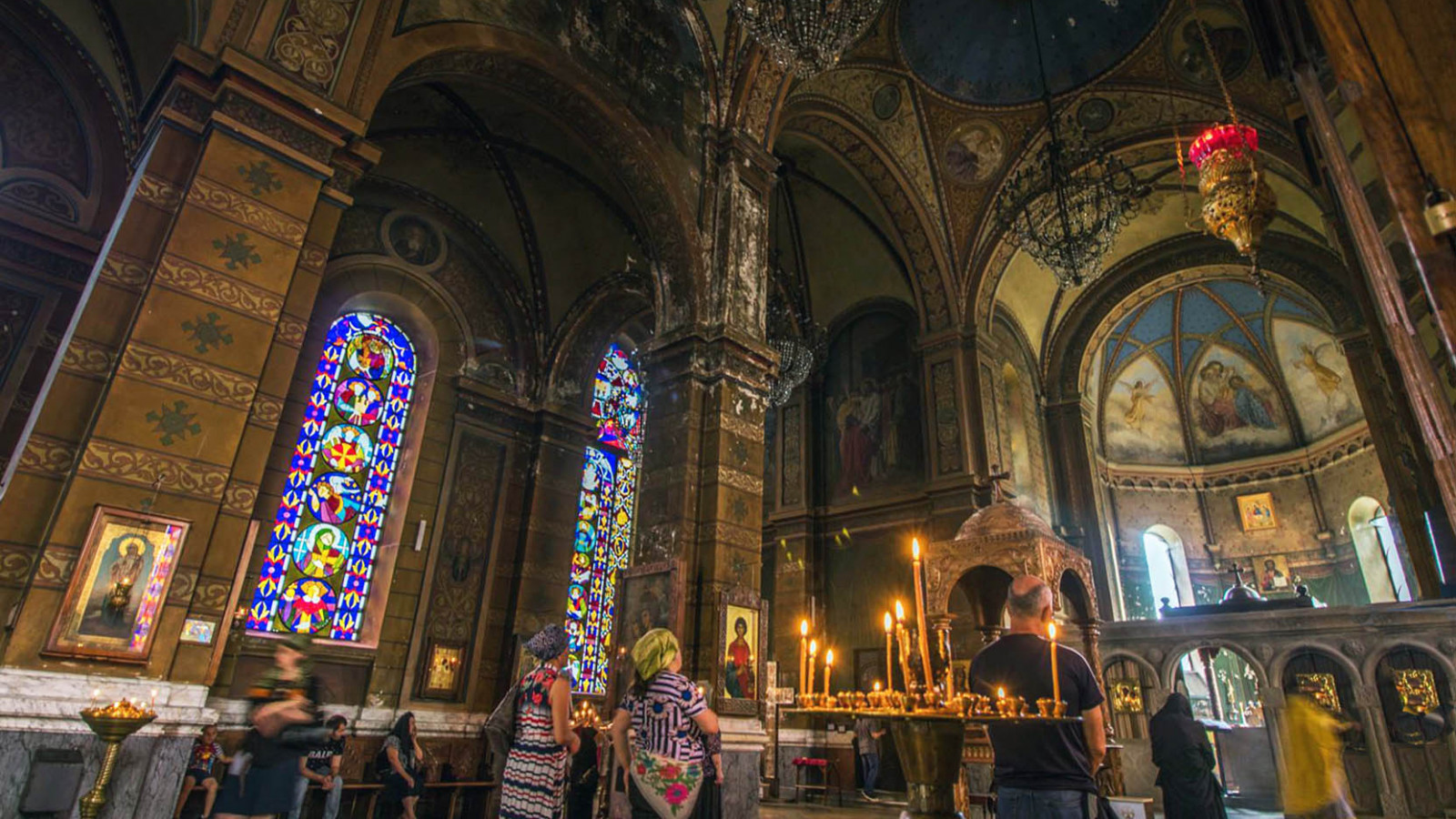 Nativity of the Most Holy Mother of God is the main cathedral of the Diocese of Batumi and Lazeti. It was built as a Roman Catholic Church at the very beginning of 20th c, with financial support of well-known brothers Zubalashvilebi. In the Soviet period the temple was confiscated by the government and served as an archive, lately as high voltage lab. After Georgia regained independence in 1991, the Cathedral was handed to the Georgian Orthodox Church.

A three-aisled basilica with an elongated pentagonal apse is erected on a high foundation on the west and east axis. On both sides of the altar there are single-story square rooms-Christendom. The west façade is flanked by two tall bell towers. Interior is covered by murals: there are scenes of Old and New Testimony on the walls, four Evangelists under the cupola, twelve Apostol above the candelas. In the upper level of an alter we can see colorful fresco of Coronation of Holy Mother. From the both sides there are depicted portraits of various saints: St. Nicolas and Popes of Rome. Most significant are wall paintings displaying the scenes of the life and passions of Christ.

Holy Mother Cathedral is dressed with special stones. They change its color depending on the weather which gives to the temple additional mystery.