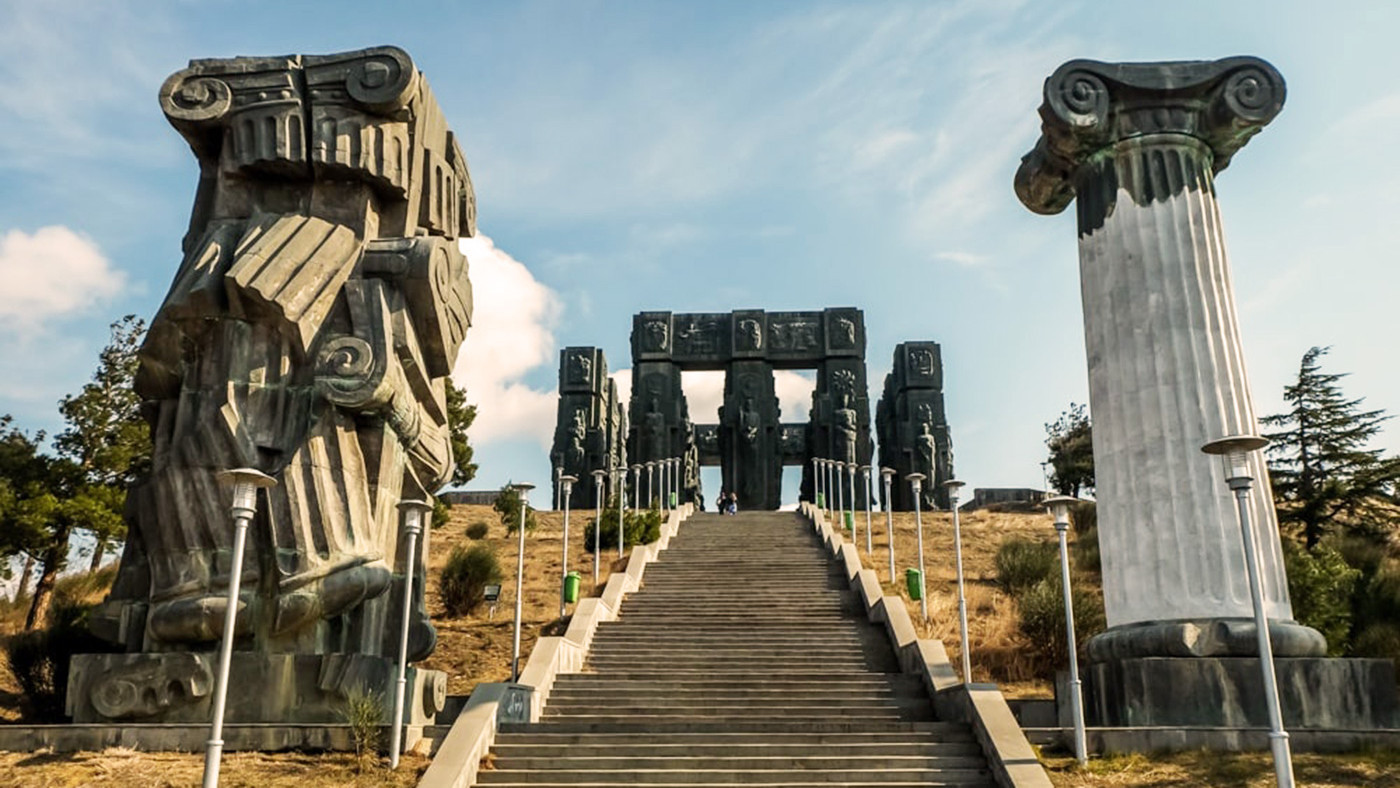 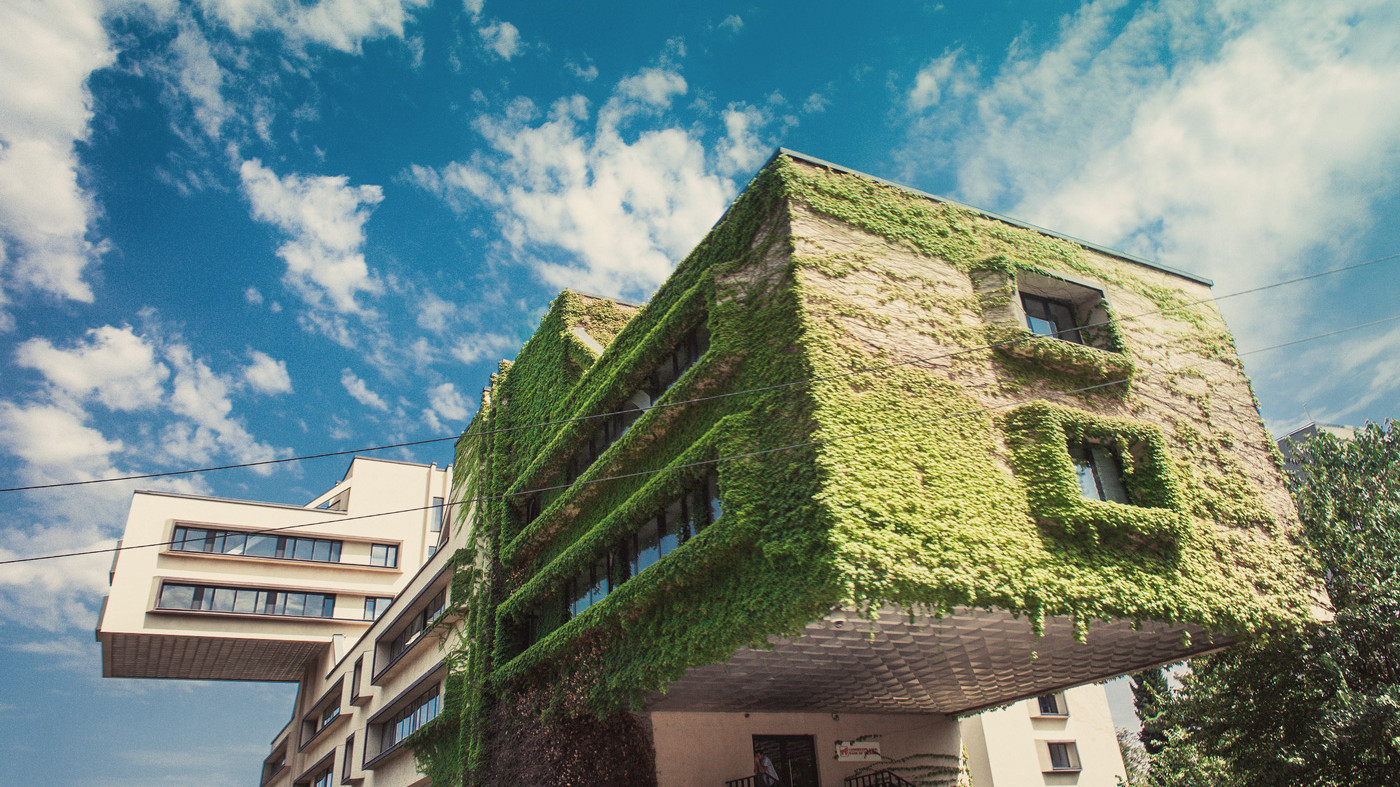 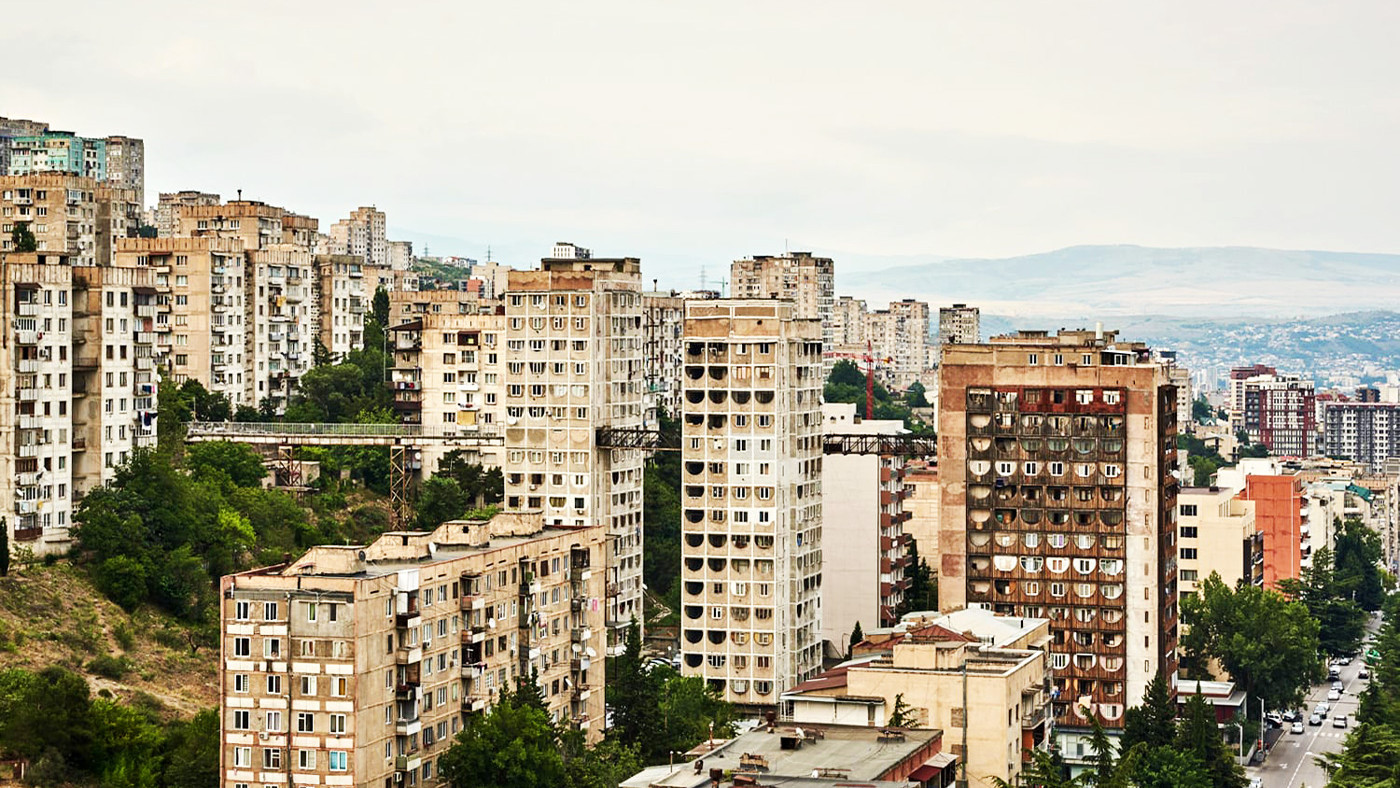 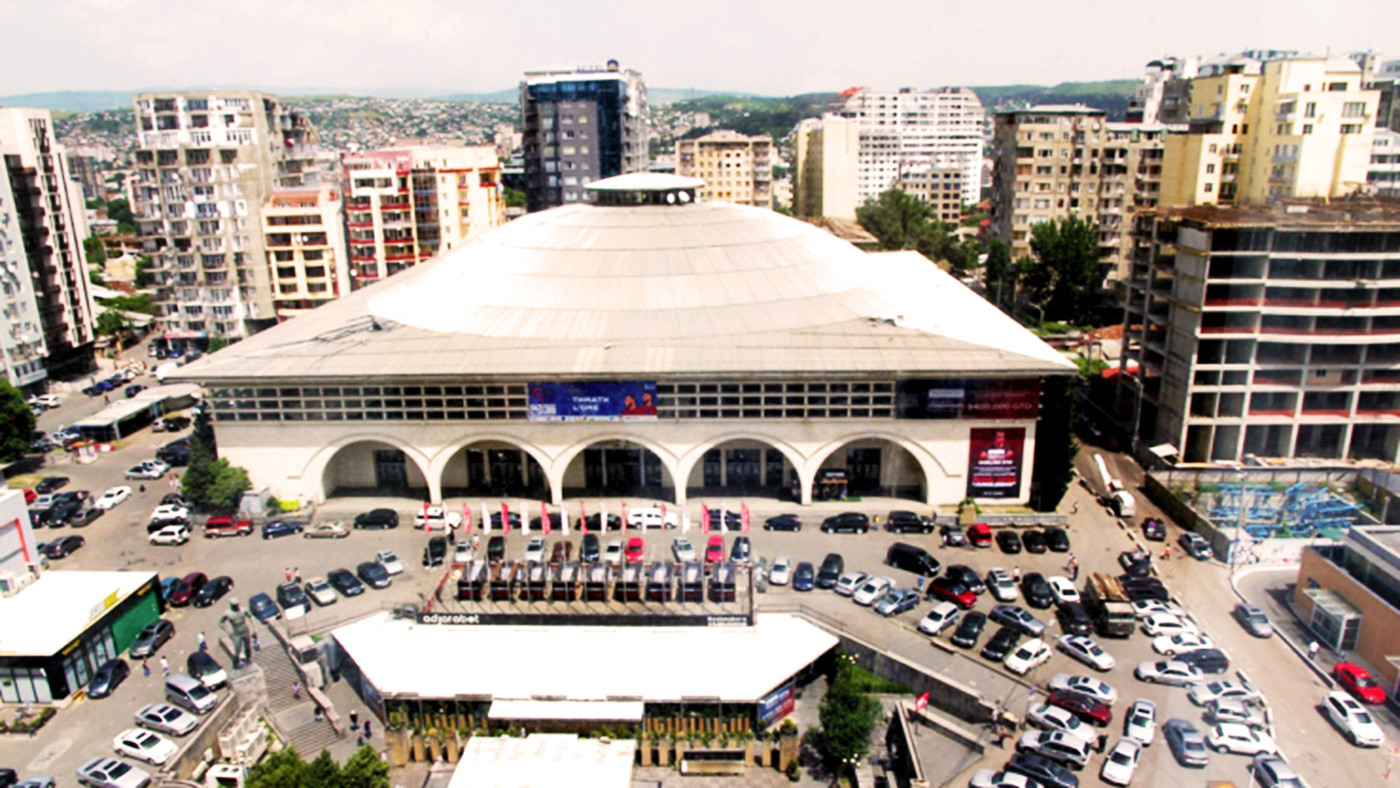 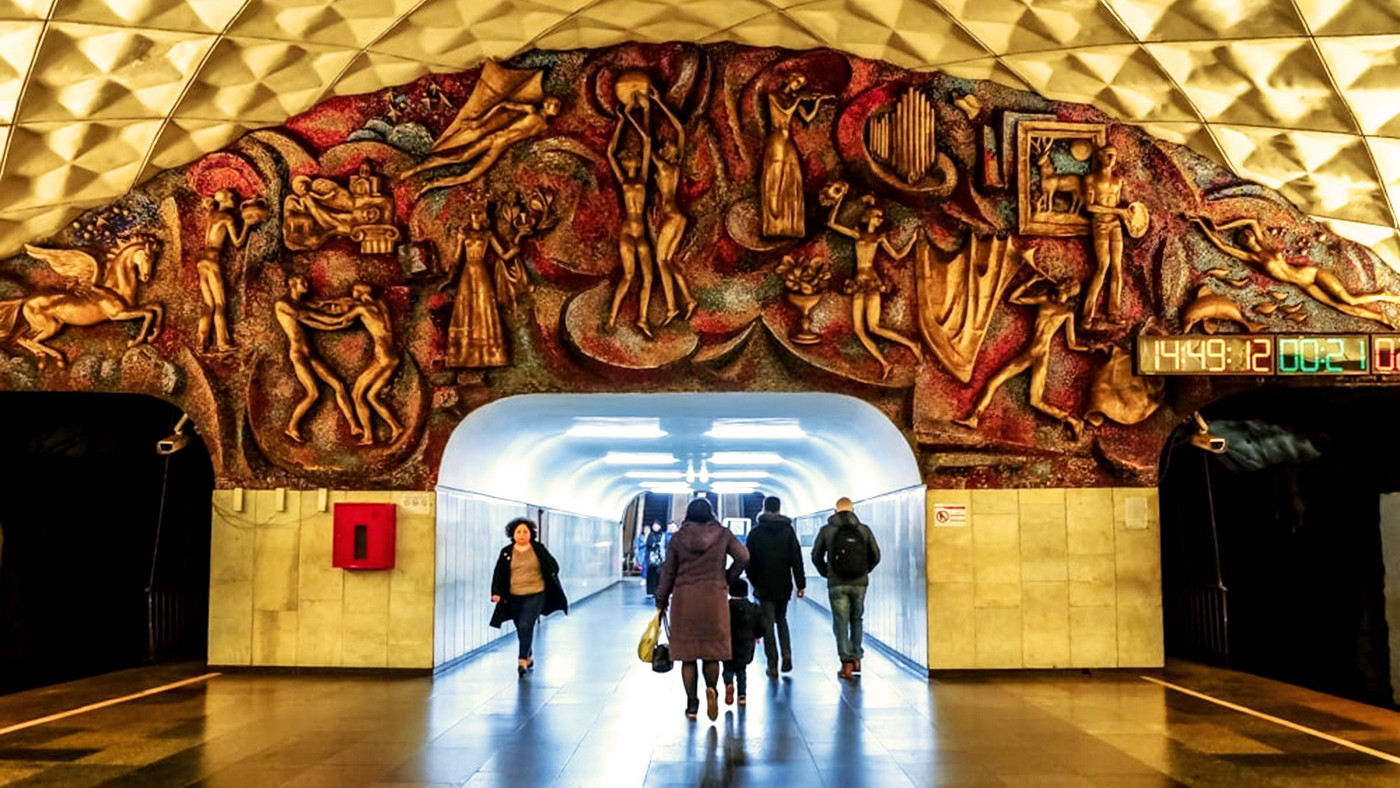 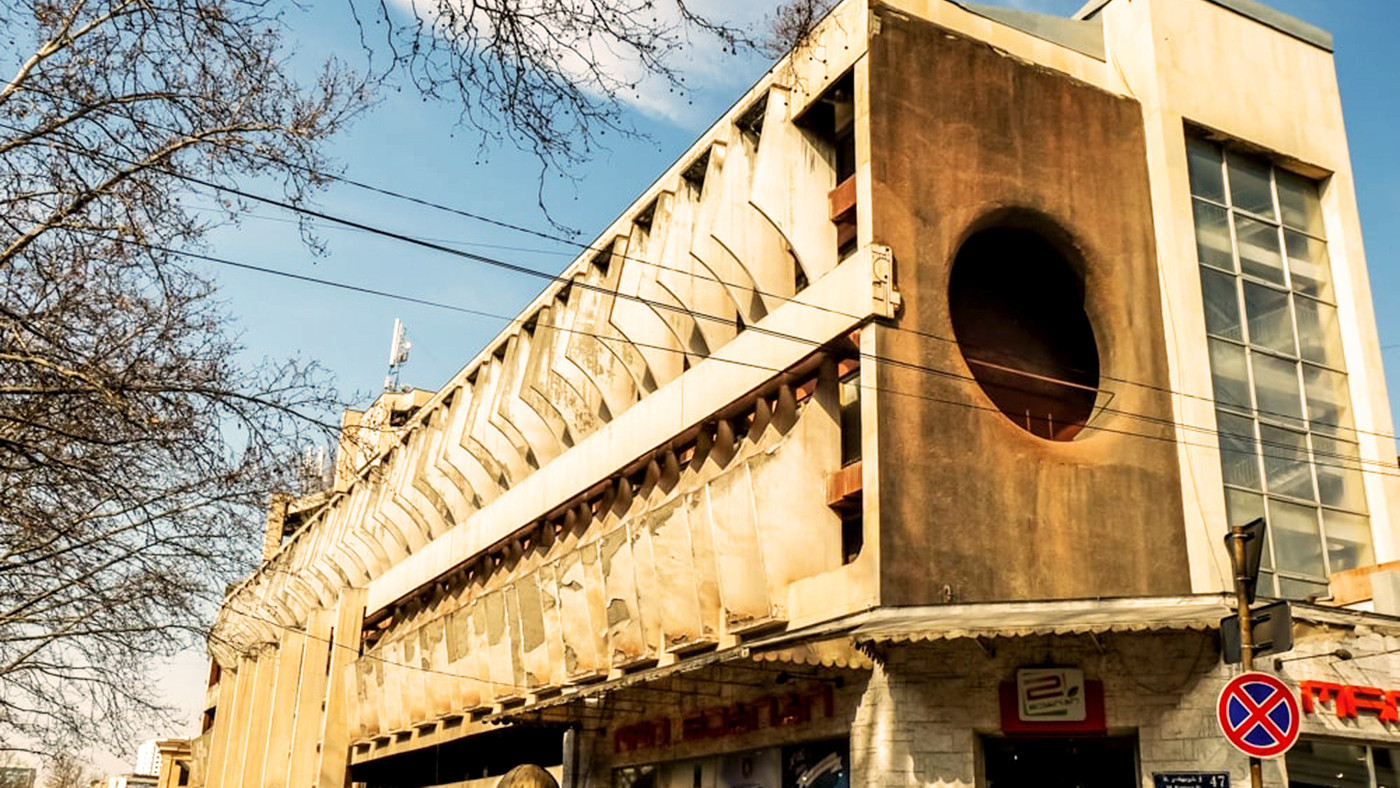 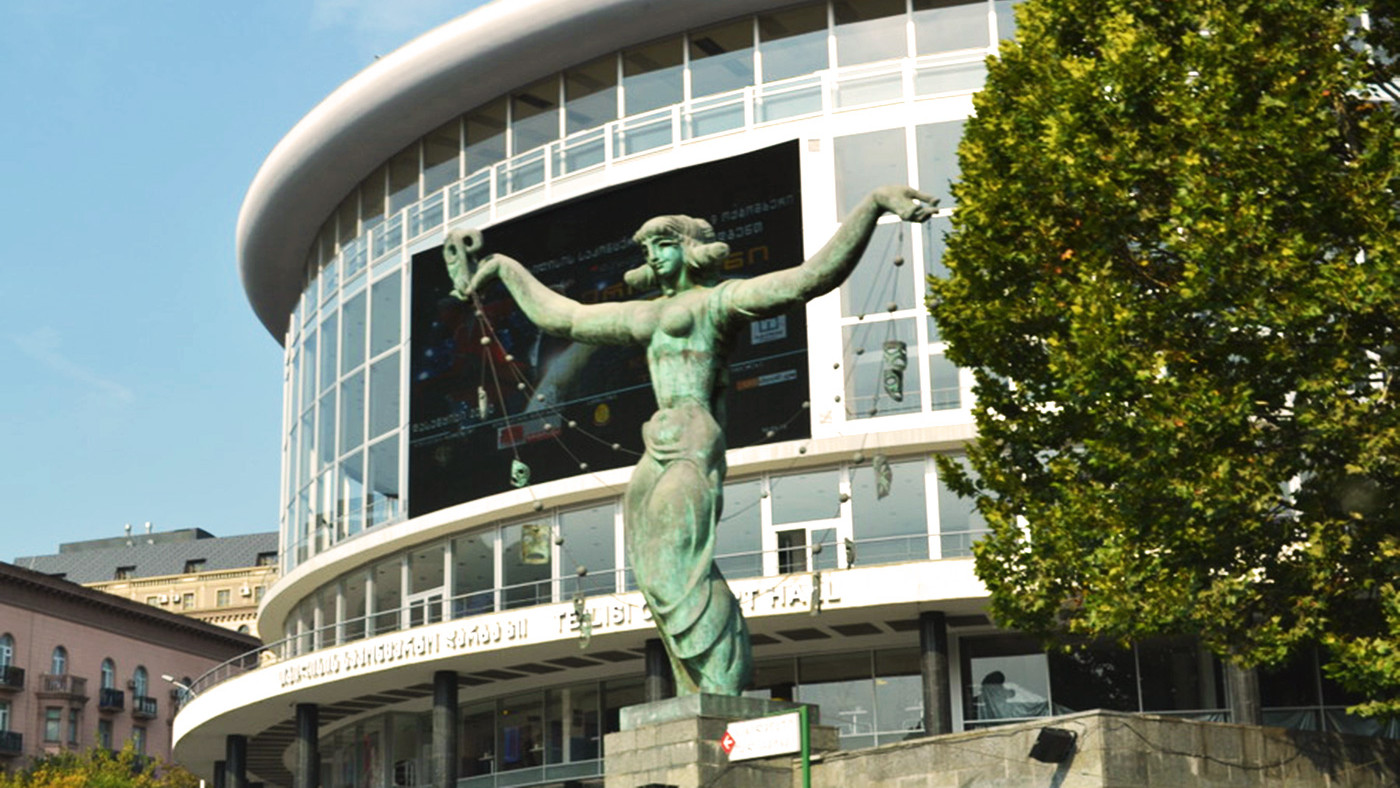 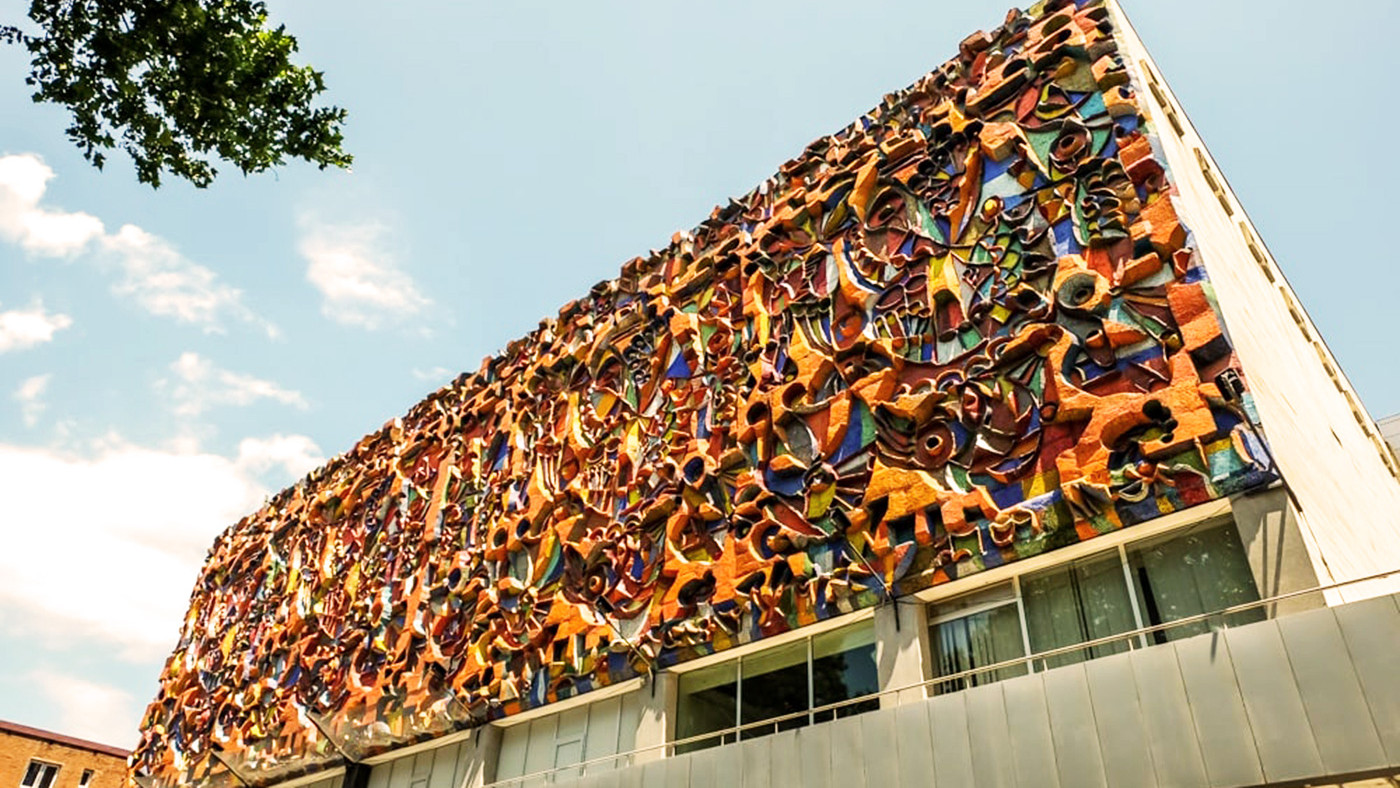 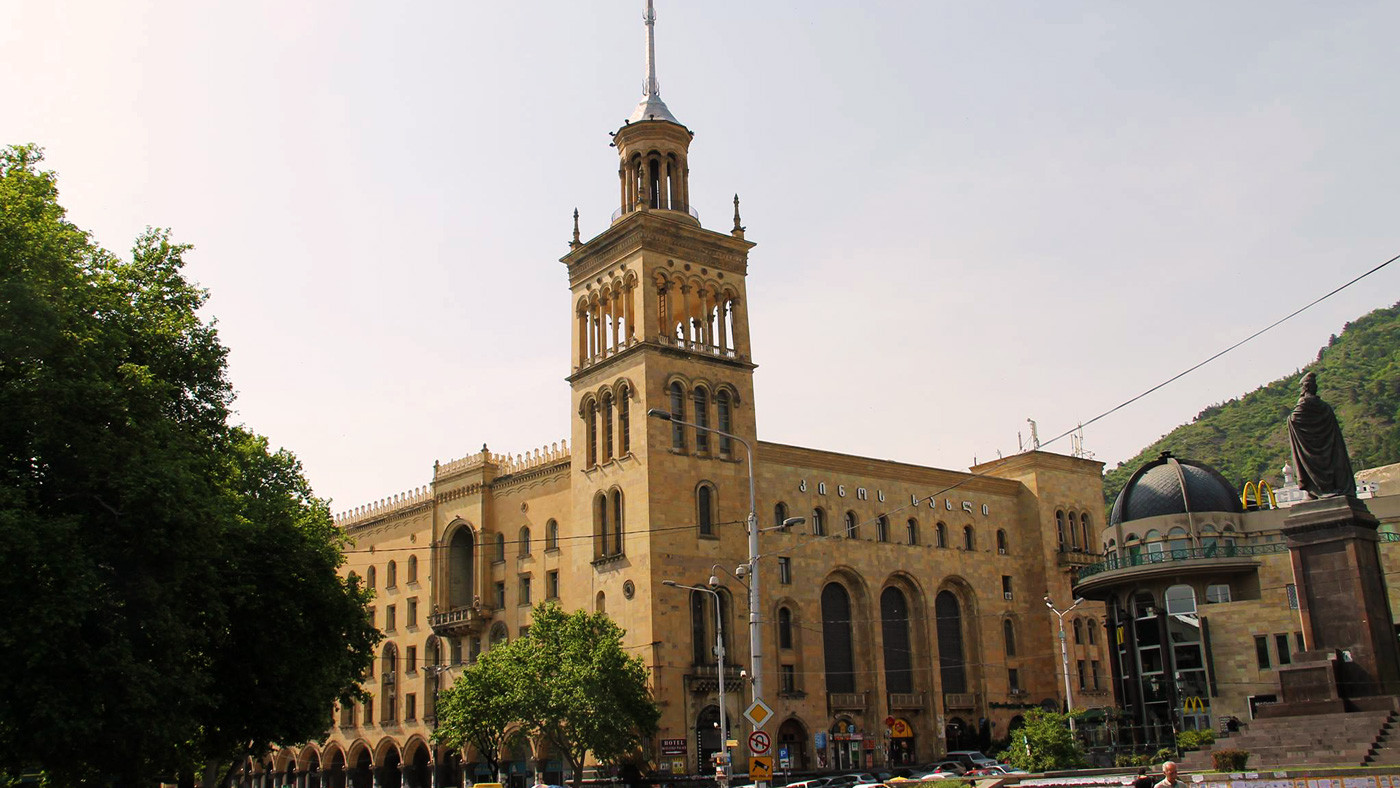 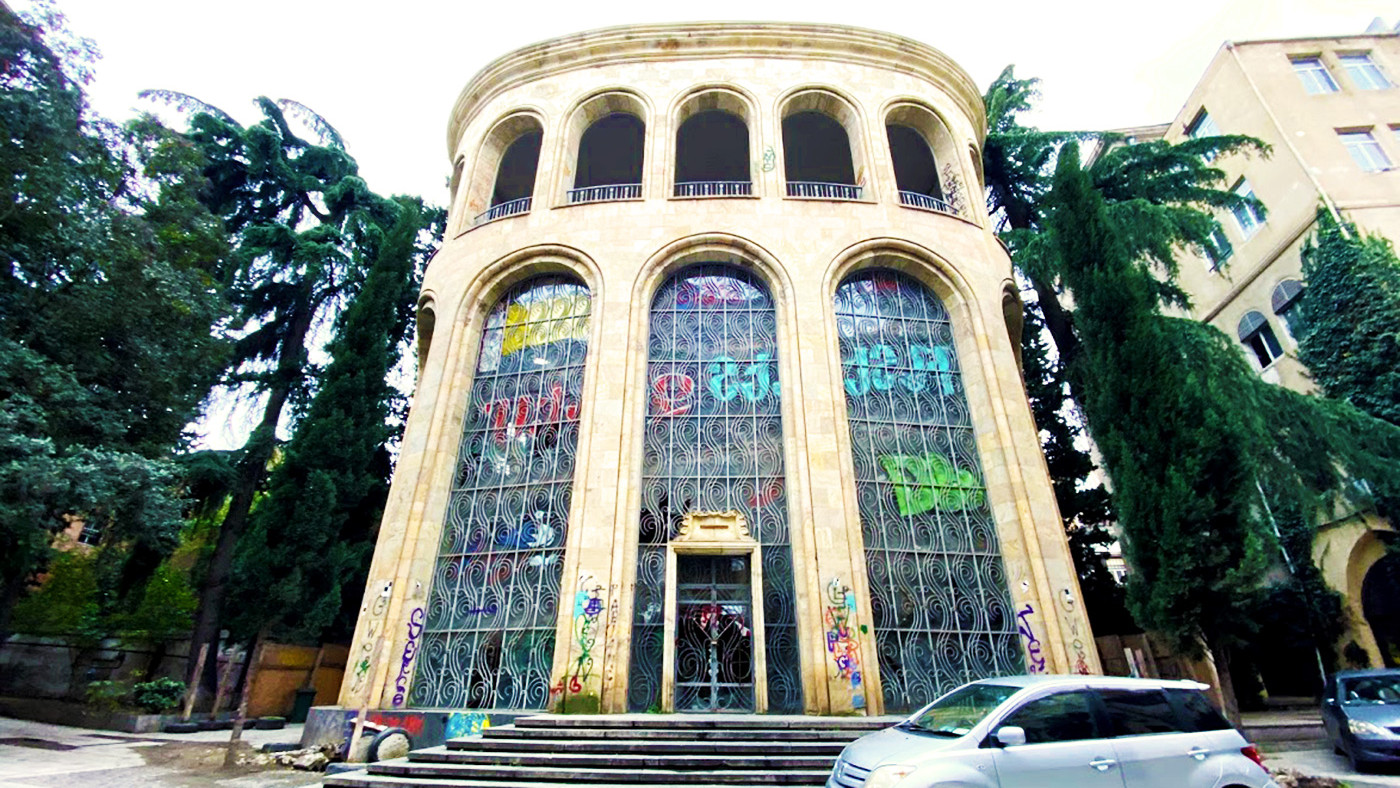 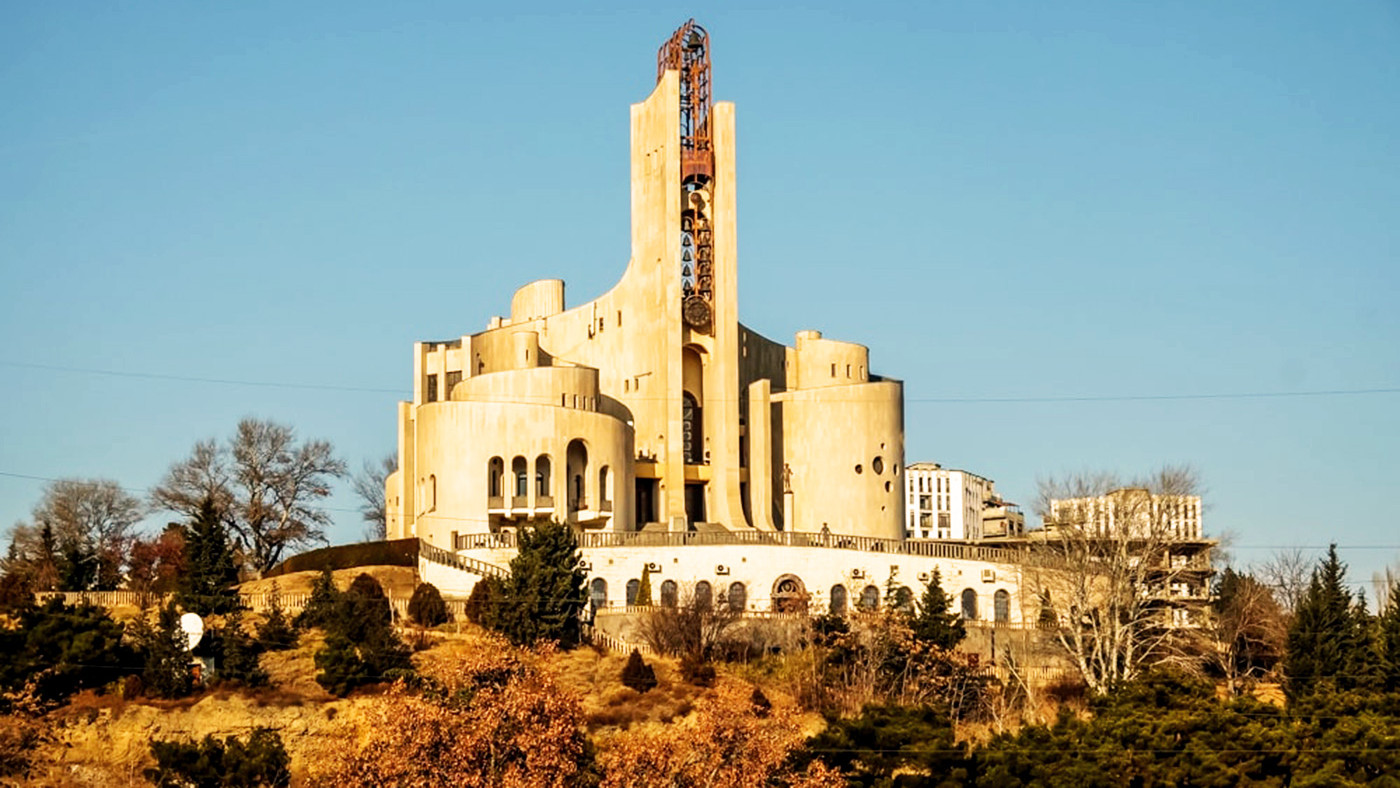 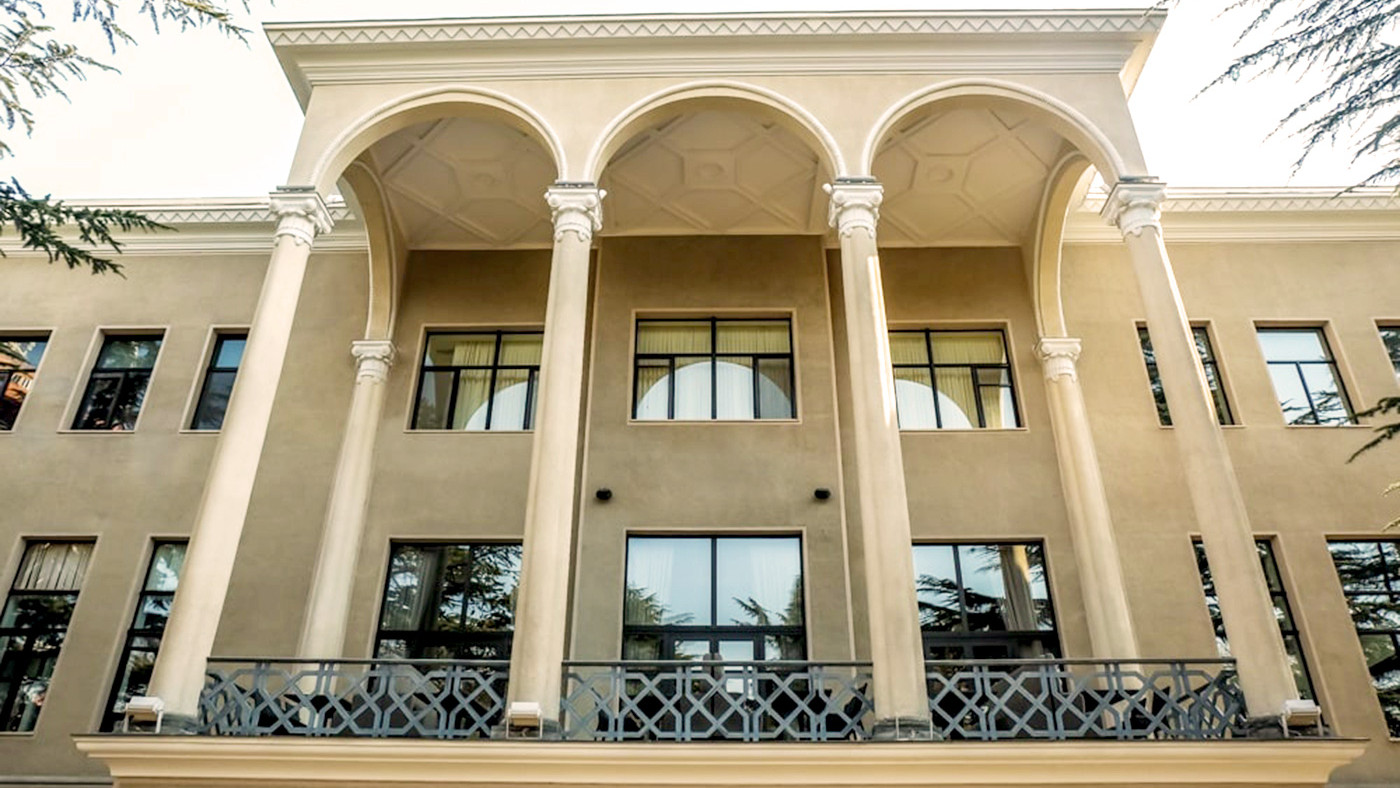 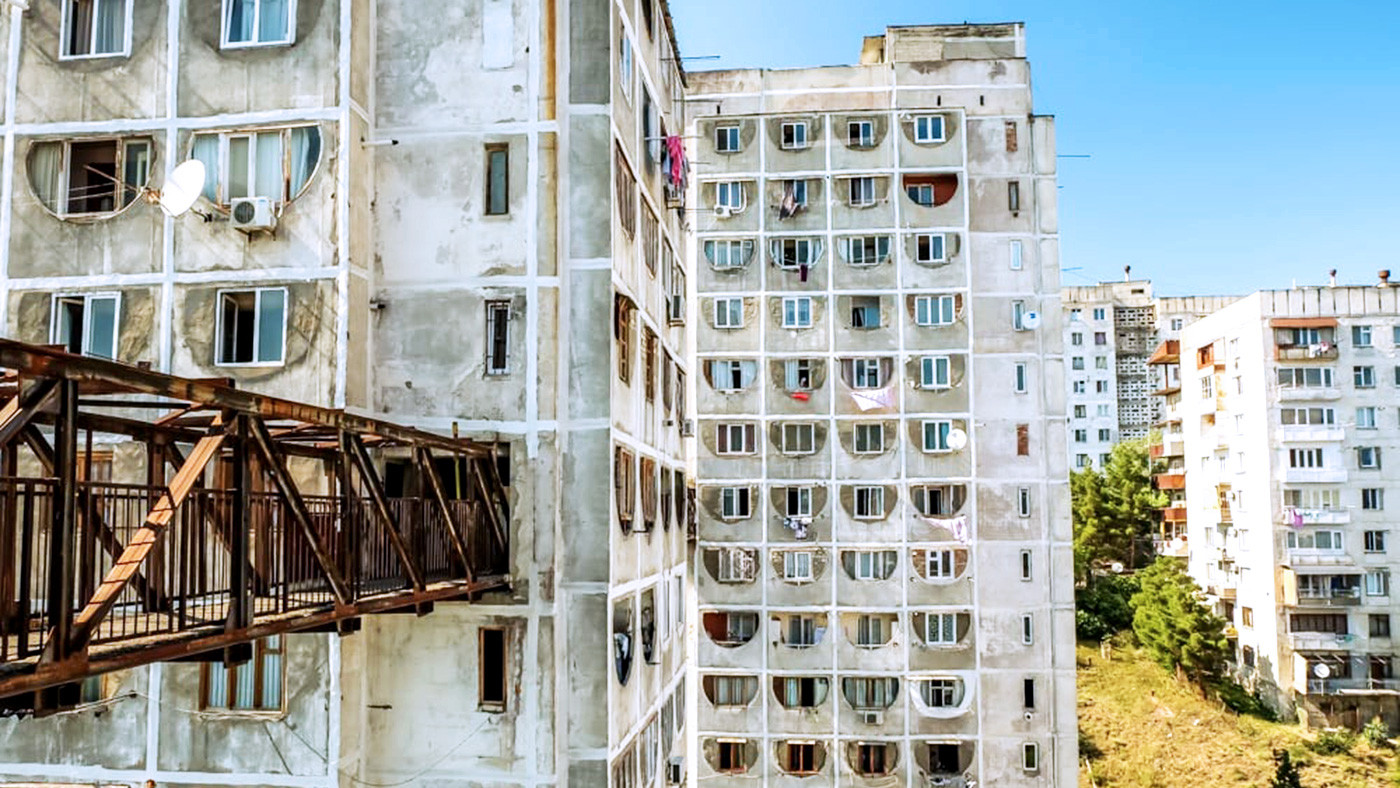 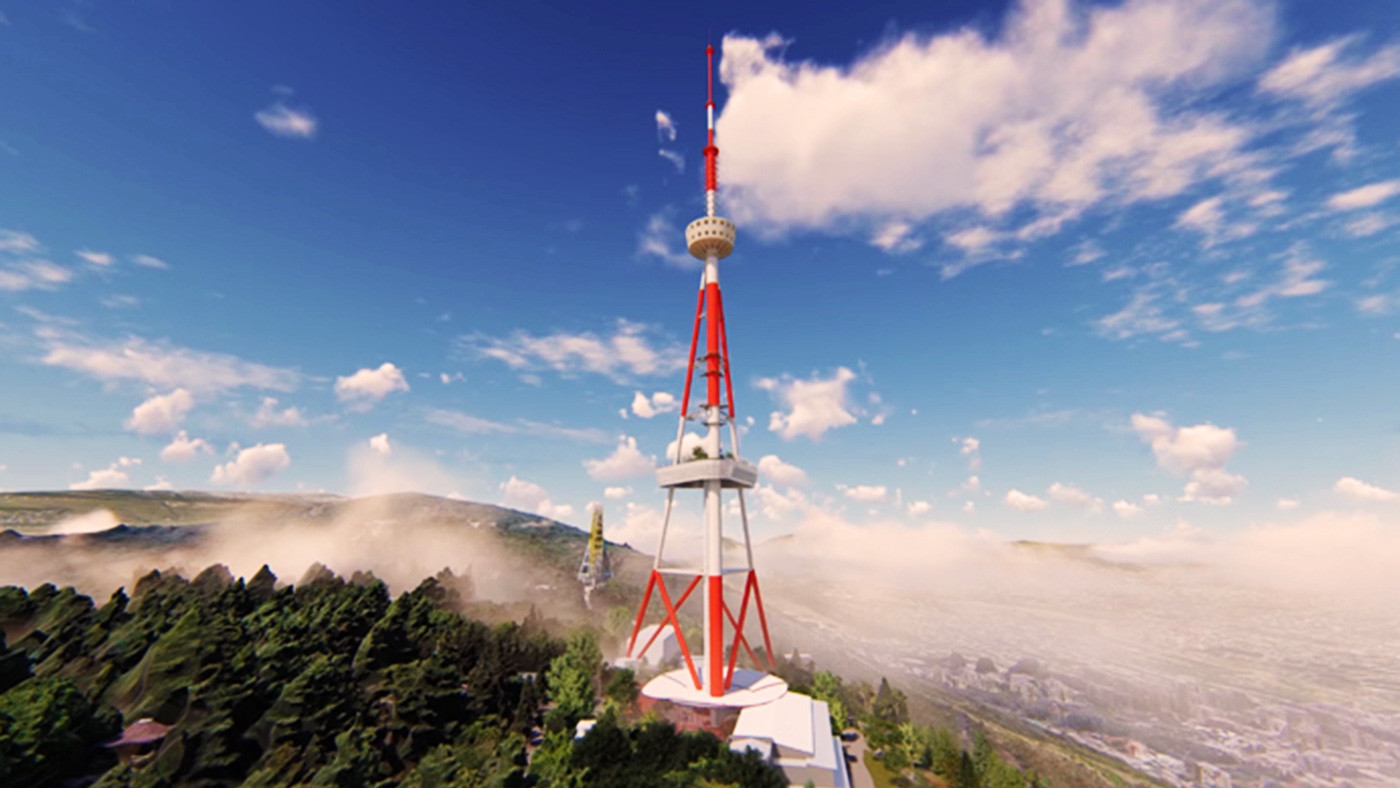 If you are interested in 20thc architecture, particularly more authentic Soviet-style in the capital of Georgia, this full-day tour is for you.

Tour takes you to the different corners of the city, from gloomy residential districts in Nutsubidze Plato and Heroes Square to the astonishing panoramic viewpoints of Mtatsminda, Chronicle of Georgia, and former museum of Archaeology. Beautiful Soviet mosaic façades, from massive concrete monuments to postmodern palaces that look as if they have descended from space are the highlights of the tour.

The guide will meet you at the hotel. As the tour is private, we start upon your convenience.

Tour starts at a massive monument from the mid-80s, located in the north edge of the city on top of a hill near the Tbilisi Sea. Designed by famous Soviet Georgian sculptor Zurab Tsereteli, the Chronicle of Georgia can be classified as a glory memorial, integrating 30-35-meter-tall concrete pillars that depict the Kings of Georgia, historical scenes as well as The Passion of the Christ.

Tour continues to the Archaeology Museum, located in district Dighomi, and constructed in 1988. Established by the well-known Georgian archaeologist Rostom Abramishvili, this building is an excellent example of Soviet brutalist architecture.

Next highlight is one of the iconic buildings of Tbilisi – currently the headquarters of the Bank of Georgia. Finished in 1975, it was initially built for the Ministry of Highway Construction of the Georgian SSR, by the architects George Chakhava and Zurab Jalaghania. Later, it was acquired by the Bank of Georgia in 2007. Constructivist movement from the 20s, as well as Brutalism severely influenced on the design of this building.

Next, we move to Nutsubidze Plato – a Soviet residential district from the late 70s. Main highlights here are three massive residential blocks interconnected by the pedestrian bridge.

Continue towards the city center, and stop by the Tbilisi Sports Palace, another interesting building finished in 1961. A large indoor sports arena usually hosts handball, basketball, judo, and other tournaments. If you want to take a look at Tbilisi Metro, venture into the Technical University station located next to the Sports Palace. This station was finished in 1979. Its interior is decorated by mosaic and high relief.

Next highlight is the former House of Political Education. Constructed in 1970, the building is notable for its beautiful large mosaic panel by Zurab Tsereteli.

On the way towards the former House of Political Education located on Aghmashenebeli Avenue, we pass by several interesting buildings, such as the typical Stalinist residential building with tower on Heroes Square built in the late 30s, National Scientific Library building (1985) designed in brutalist style, and Tbilisi Concert Hall (often referred as Philarmony) constructed in 1971.

Another example of Stalinist architecture style is the building of Georgian National Academy of Sciences on Rustaveli Avenue. Construction was finished in 1953. Building consists of a five-story array with a 55-meter high tower. It has an inner yard as well, where you can find a lower station of a cableway towards mount Mtatsminda.

Tour continues to Avlabari district. Here, the highlight is the Palace of Rituals (often referred as the Jorbuzie Wedding Palace), a strange postmodern building designed by Victor Jorbenadze and Vazha Orbeladze constructed in 1984. The building is influenced by many styles, such as expressionism and medieval Georgian church architecture.

Final highlight of the tour is Mtatsminda Funicular and Tbilisi TV Broadcasting Tower. Mtatsminda funicular is a historical ropeway that was built already before the revolution under Russian Empire, while the current 274.5-meter high broadcasting tower was built in 1972.

At the end of the day, we can enjoy beautiful sunset and optional dinner* from the restaurant Funicular overlooking Tbilisi.  The main hall here is decorated with the wall painting of  Koka Ignatov, Soviet Georgian Artist.

*This deposit will be deducted from the total tour price.

The balance can be done by:

To arrange airport transfers and additional hotel overnights, contact us tours [at ] georgianholidays.com