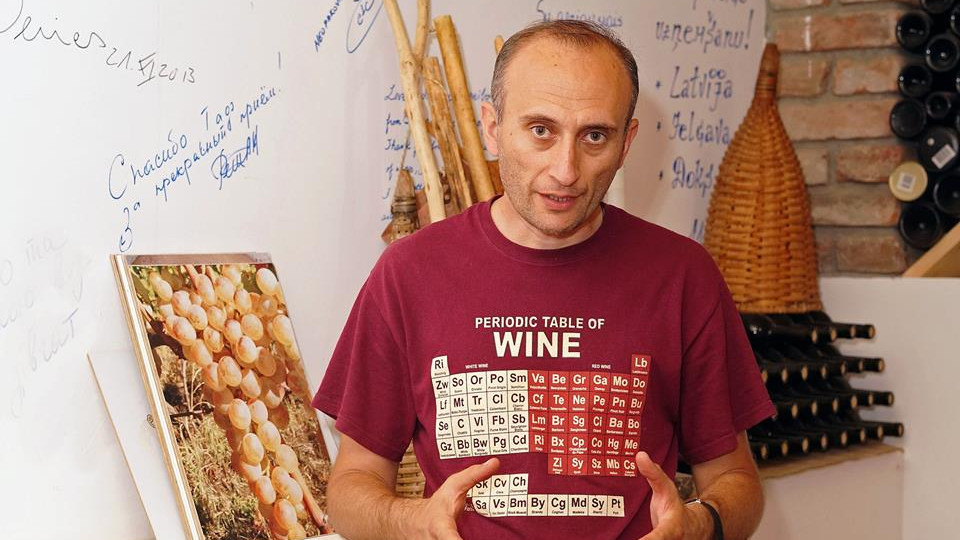 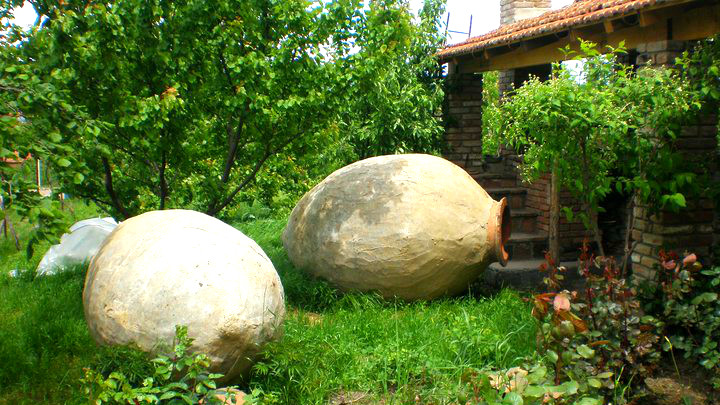 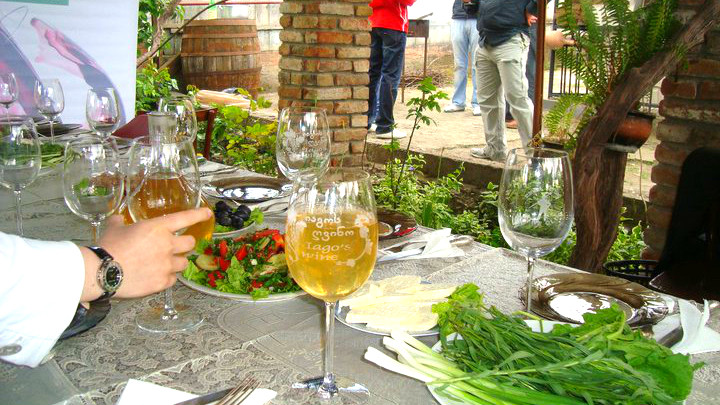 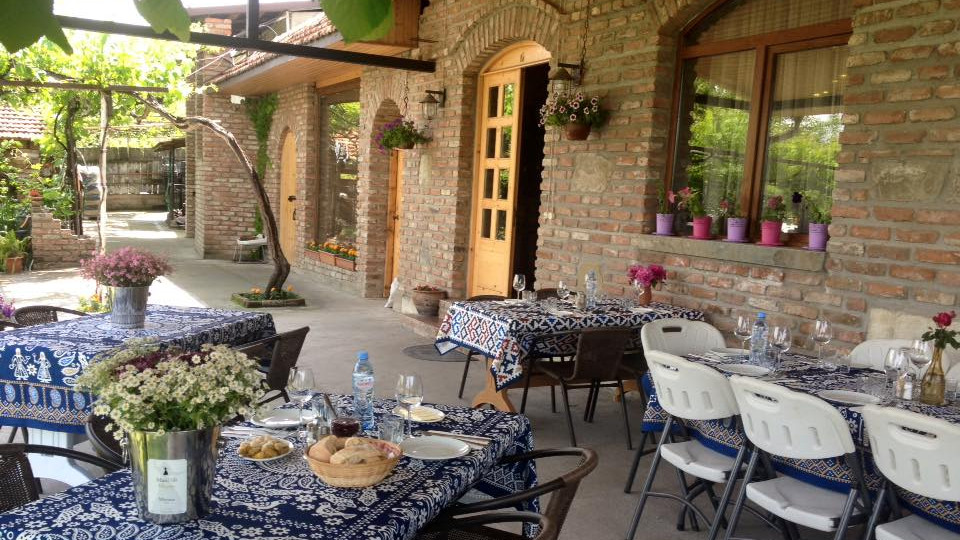 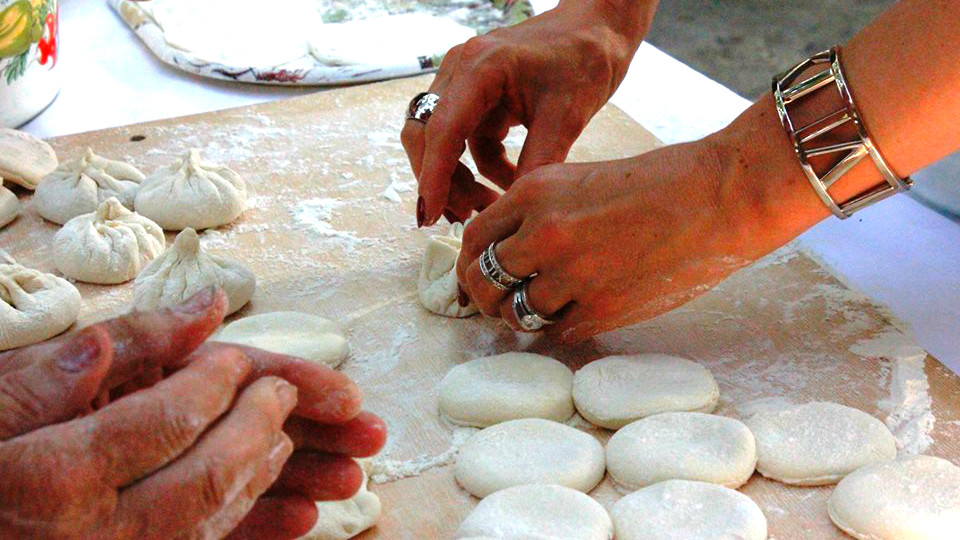 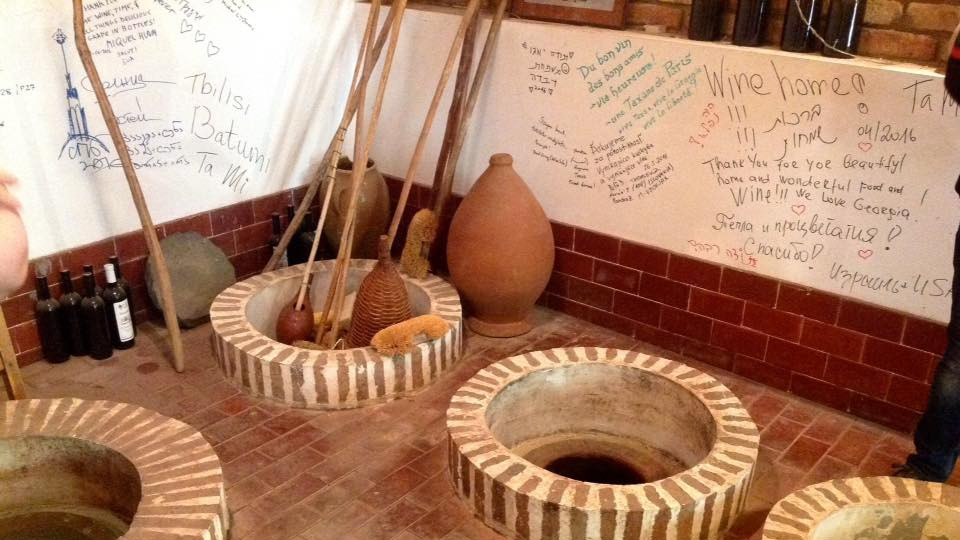 Iago’s Winery was established in 2003, in the Village Chardakhi, near Mtskheta town, Dusheti Municipality. Its owner and winemaker Iago Bitarishvili, referred to as the true jewel of Kartli region, farms two hectares of certified, 60-year-old organic vineyards in the Mukhrani Valley, which is one of the best and historically well-known micro-zone in Georgia for growing the native Chinuri grape varietals. Iago produces very limited addition, up to 5000 bottles of traditional qvevri wine from the red and white grape varieties, using traditional and ecological methods in the work process. Some of his qvevris are 300 years old, housed in a separate brick-lined building called Marani.

Iago practices using natural yeast during winemaking. The 2ha of vines are farmed organically and planted with Chinuri-traditional Georgian species. Grapes are harvested when stems are ripe, both put in qvevris without pressing. This approach allows making wine without filtration or sulphur, as the stems naturally filter the wine. Fermentation takes from two to three weeks, during which the wine cap is punched down three or four times a day by a worn tree branch. Afterward, the wine is racked to another qvevri with a pump. The top of the qvevri is sealed with clay. Wines are aged for several months. A dried gourd attached to a long wood handle is used to taste the wine from a qvevri. Iago cleans qvevris with a brush and a tool with white cherry bark on the end, used for scrubbing the sides of a qvevri.

Chinuri -a golden-yellow wine is aged in qvevri for six months, in contact with the grape marc and stalks. Herbal notes such as sage, juniper, and pine needles. This is a new and lively wine with peculiar character and a long finish. Goes well with a fried chicken or fish grilled over embers.

Kisi - also made in qvevri, has floral notes and tannins on the finish.

Chacha - made from Chinuri grapes is clear with notes of alcohol. It is smooth with heat on the finish and has long aftertaste of dried fruit.

Iago exports his wines to Italy, France, the United Kingdom, and the United States.

To book a private tour, please, contact us here