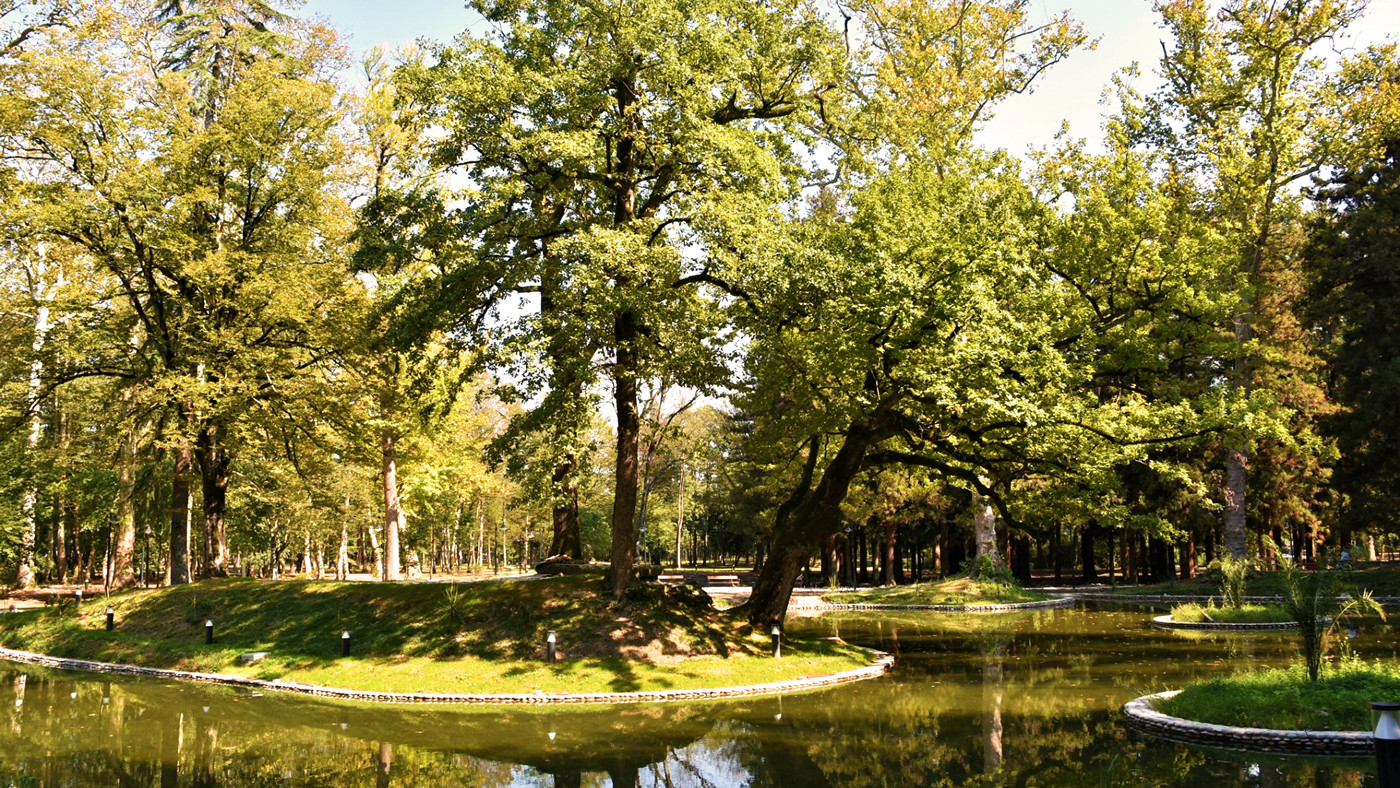 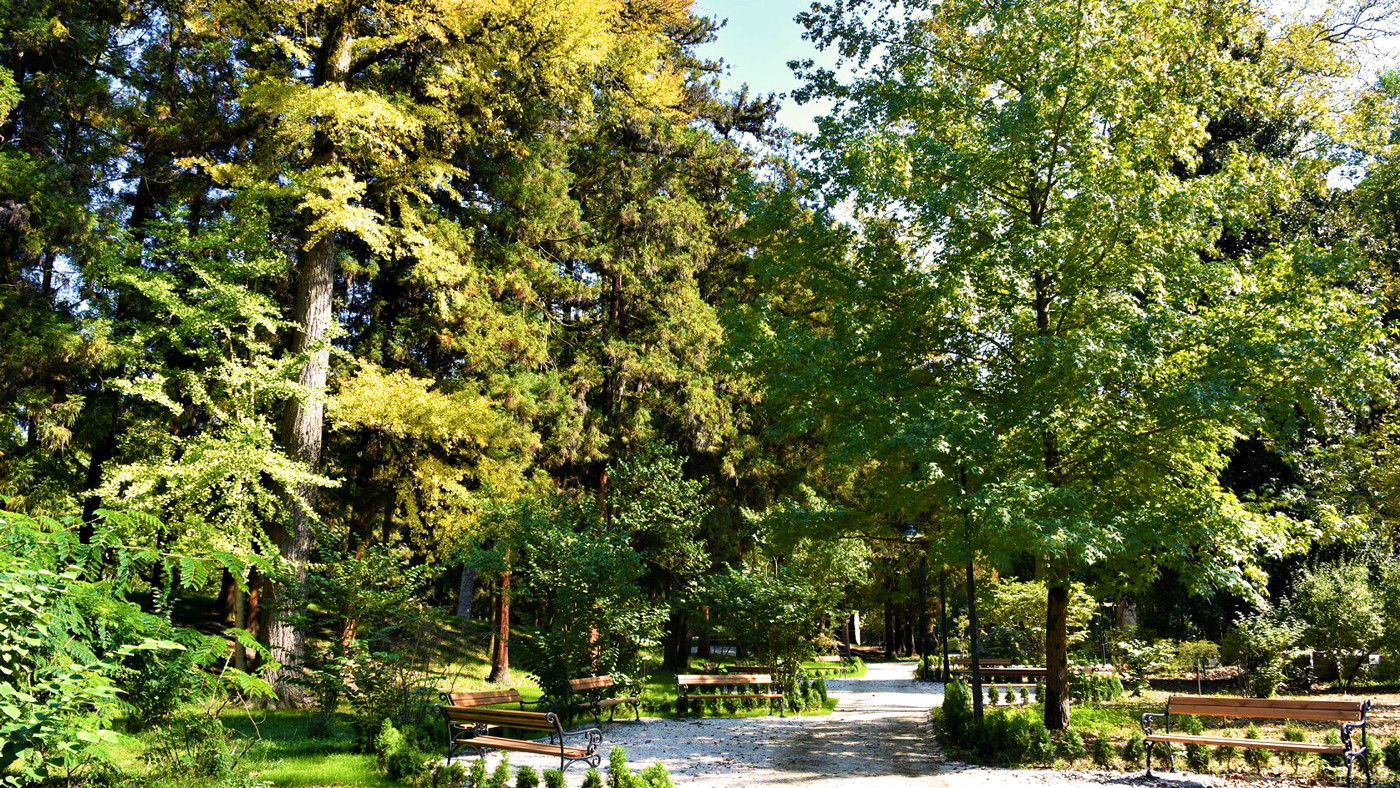 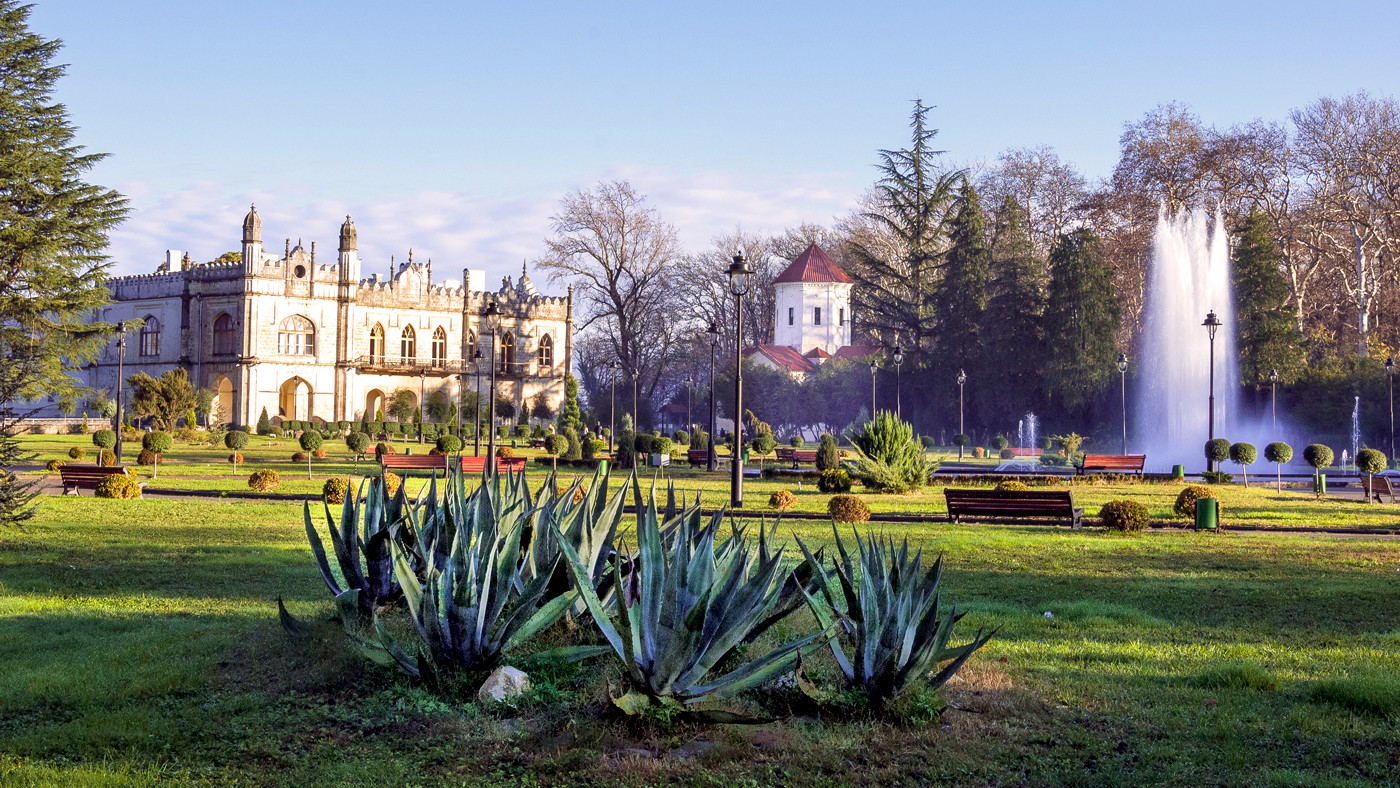 Zugdidi Botanical Garden is one of the oldest landscape architecture examples preserved to this day. The creation of this garden was initiated by Prince of Samegrelo David Dadiani for his wife Ekaterine Chachavadze-Dadiani, in the late 19-th century. She personally supervised all aspects of the planting. An Italian landscape architect Joseph Babin planned the garden in accordance with a French symmetrical style and created artificial landscapes, which perfectly mixed with the natural environment. During Ottoman–Russian war, the Ottoman army completely destroyed the garden. After returning from Paris, Ekaterine Chavchavadze began its restoration and invited one of the best horticulturists of Europe, brothers Giovani and Gaetano Zamberletti, who gave this project unique and inimitable style.

The complex comprised an orangery, a plant nursery, a labyrinth, a hothouse, a man-made lake, and was stocked with 80 types of exotic plants imported from Versailles, Asia, India, Japan, Mediterranean, and America, including world’s one of the finest rose collections, special species of Ginkgo biloba tree and Sekvoia. Shortly after its planting in 1840, this remarkable garden won first place in a competition to select the finest examples of park design in the Russian Empire.

An artificial lake and the adjacent islands of the garden were allegedly Queen Ekaterine's favorite places. There have been several distinguished visitors here, including Bertha von Suttner, the first woman to be awarded the Nobel Peace Prize, and the great composer Pyotr Tchaikovsky! According to legend, Tchaikovsky was delighted by the beautiful swans in the lake, which served as his inspiration for the famous opera “Swan Lake”.

Through the era of ancient wars, not all plants reached our times. Many people have actively contributed to the revival of the destroyed complex. Today there are more than five hundred species of various plants here, some of them more than two hundred years old.

To this day Zugdidi Botanical Garden represents a masterpiece of landscape architecture. One must suspect, that this was the trigger for Mingrelian's special attitude towards the yards and the gardens, which distinguishes Samegrelo from the other regions of Georgia. Most importantly, the garden allows us to physically experience the lifestyle of the 19th-century aristocrats, the spirit of the Romantic era, and imagine the world, where humans were still deeply connected to nature.