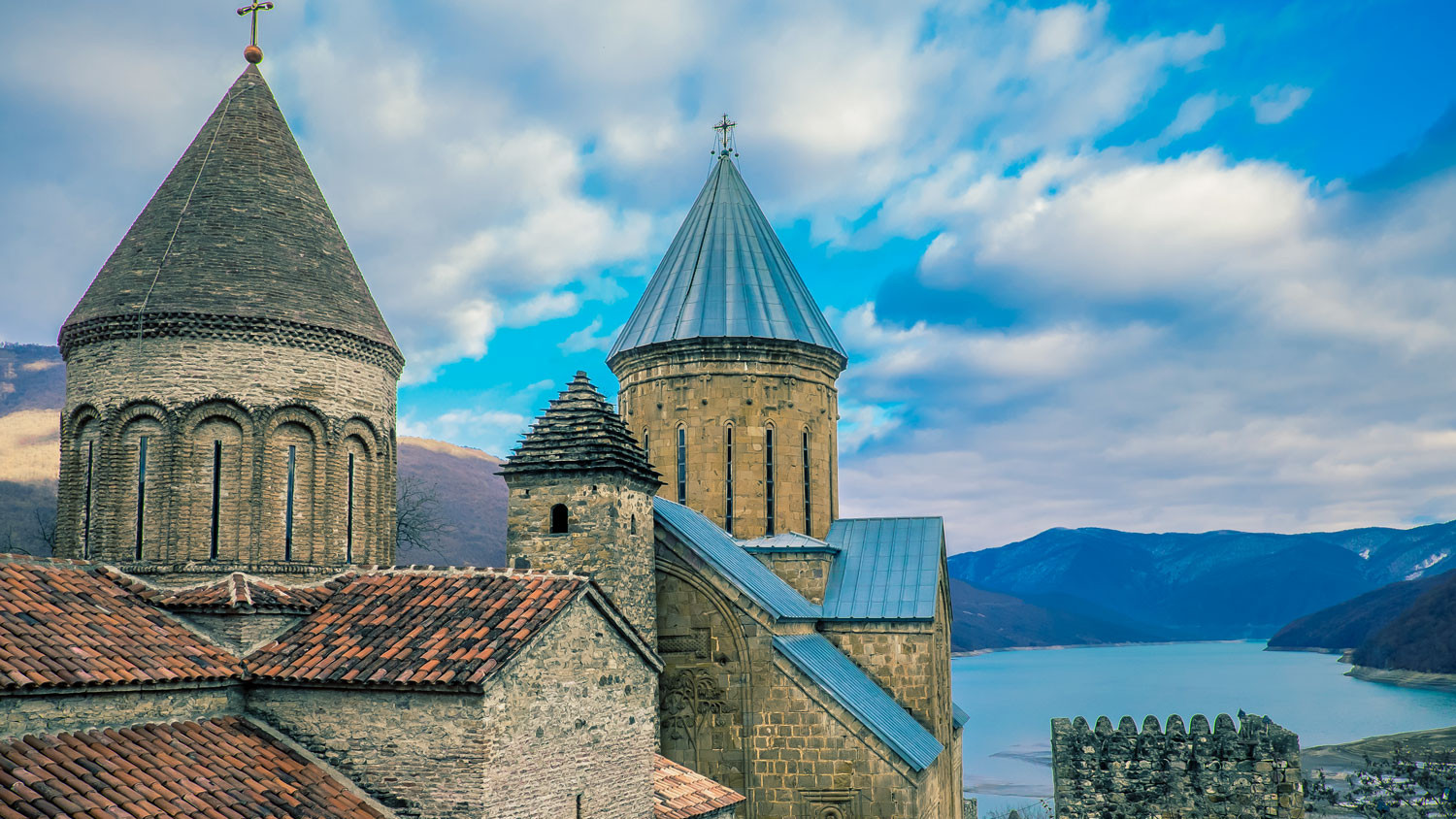 The village Ananuri is located on the main trade rout leading to the North, to Russia and in past it was part of the Great Silk Road. Nowadays the road is called the Georgian Military Highway. The distance from Tbilisi is 74 km (1 h) - beautiful driving along the Zhinvali water reservoir damping clean and blue mountain river of Aragvi. The castle, the bell tower, three churches and beautifully carved walls are the highlites why the site is frequently visited.

The castle was the scene of numerous battles. In 1739, Ananuri was attacked by forces from a rival duchy, commanded by Shanshe of Ksani and was set on fire. The Aragvi clan was massacred. However, four years later, the local peasants revolted against rule by the Shamshe, killing the usurpers and inviting King Teimuraz II to rule directly over them. However, in 1746, King Teimuraz was forced to suppress another peasant uprising, with the help of King Erekle II of Kakheti. The fortress remained in use until the beginning of the 19th century. In 2007, the complex has been on the tentative list for inclusion into the UNESCO World Heritage Site program

The fortifications consist of two castles joined by a crenellated curtain wall. The upper fortification with a large square tower, known as Sheupovari, is well preserved and is the location of the last defense of the Aragvi against the Shamshe. The lower fortification, with a round tower, is mostly in ruins.

Within the complex, amongst other buildings, are two churches. The older Church of the Virgin, which abuts a tall square tower, has the graves of some of the Dukes of Aragvi. It dates from the first half of the 17th century, and was built of brick. The interior is no longer decorated, but of interest is a stone baldaquin erected by the widow of the Duke Edishera, who died in 1674.

The larger Church of the Assumption (Ghvtismshobeli), built in 1689 for the son of Duke Bardzem. It is a central dome style structure with richly decorated facades, including a carved north entrance and a carved grapevine cross on the south façade. It also contains the remains of a number of frescoes, most of which were destroyed by the fire in the 18th century.