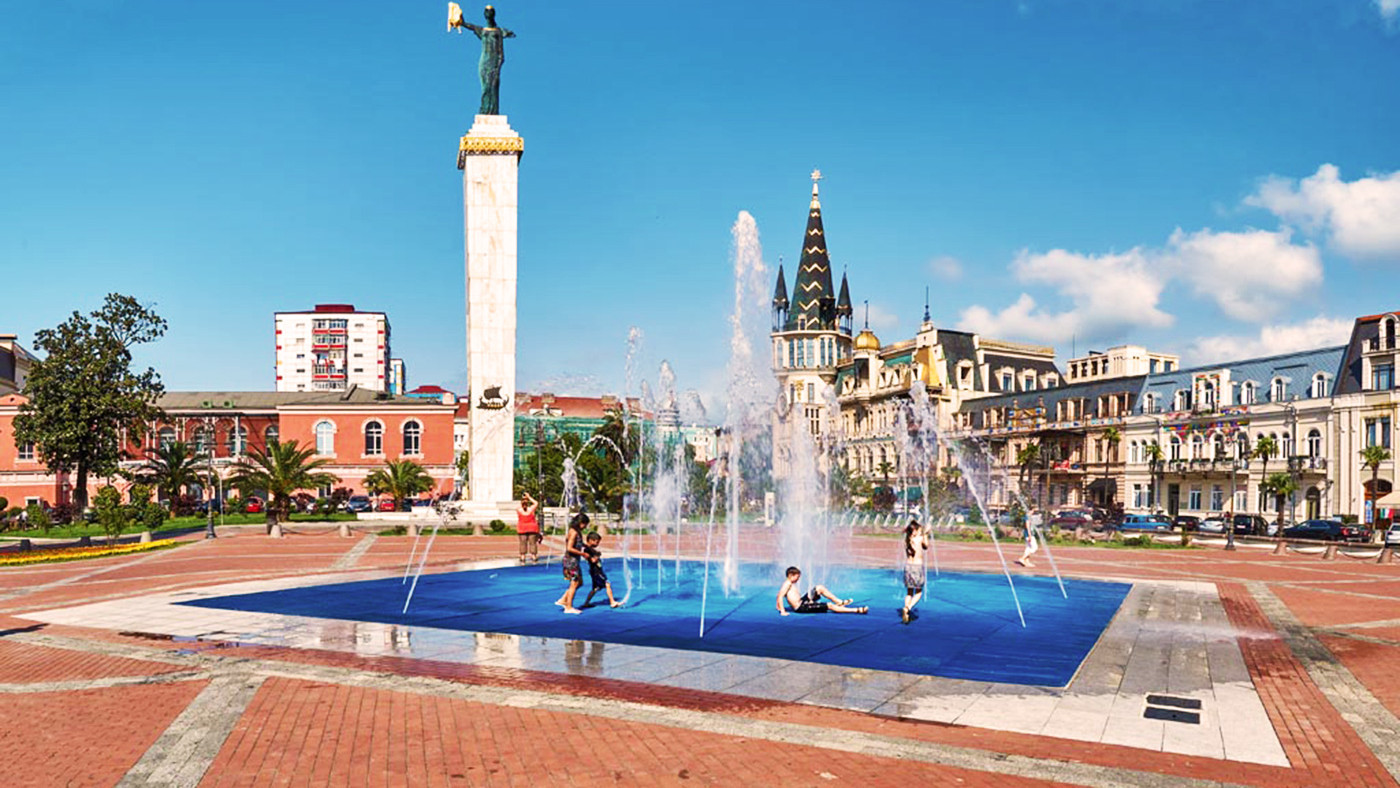 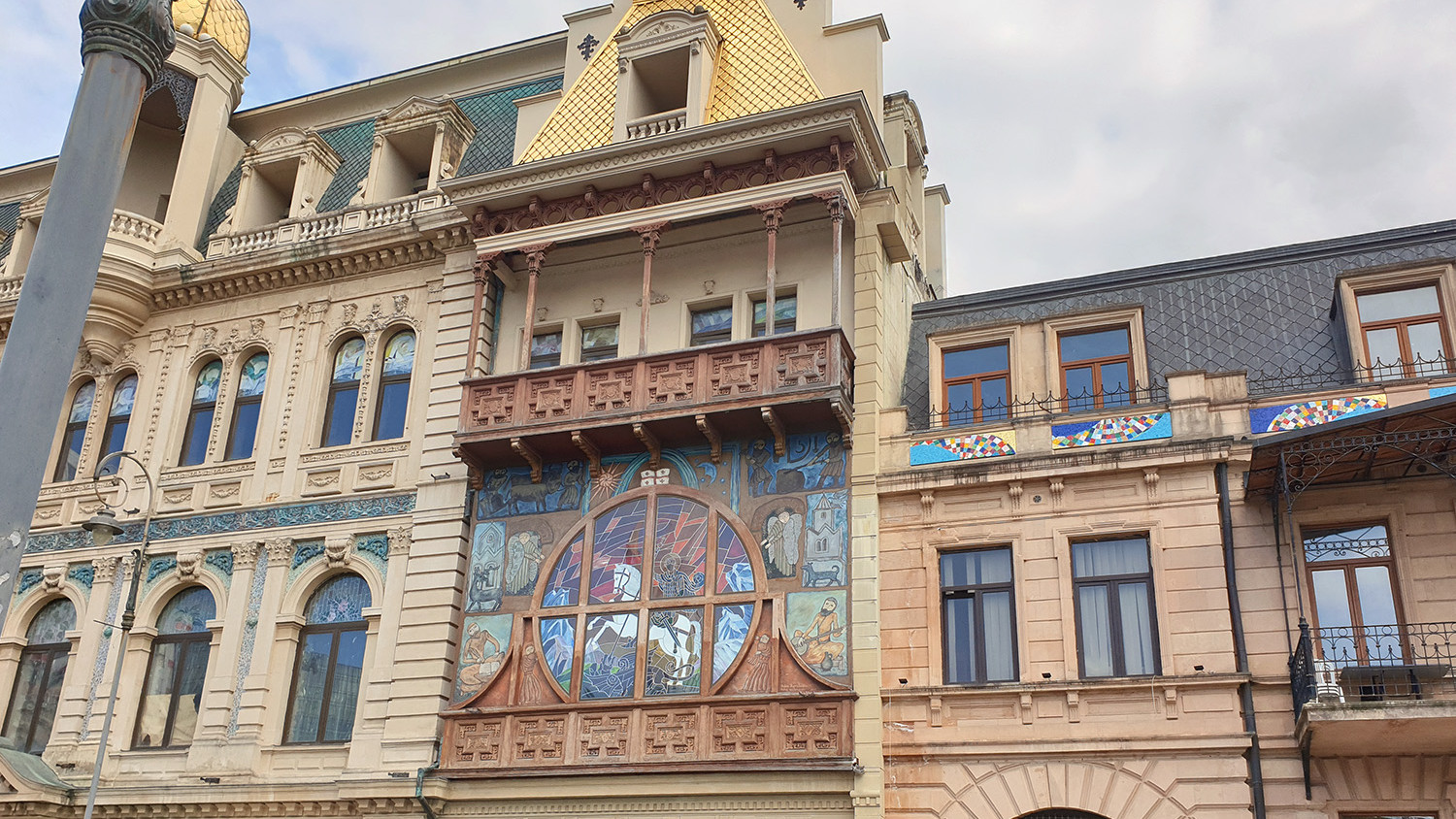 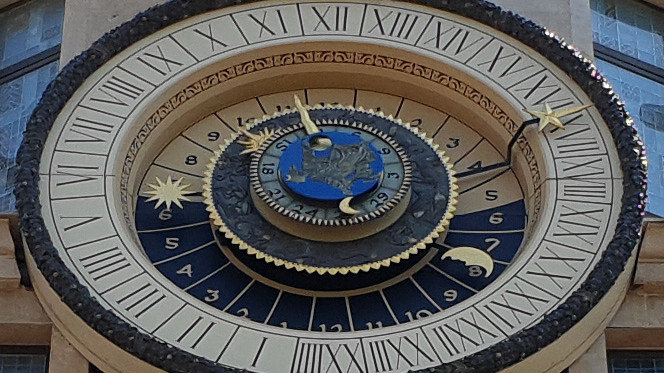 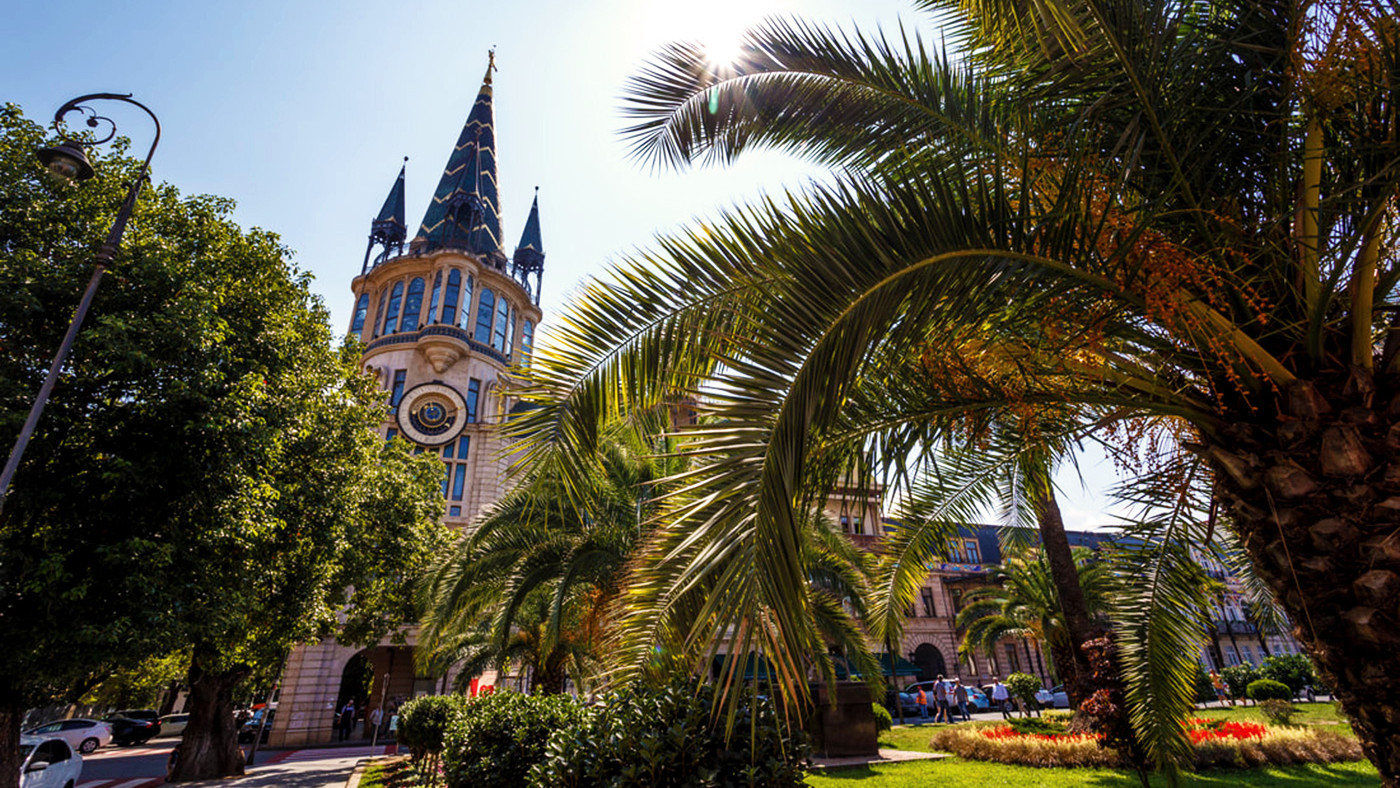 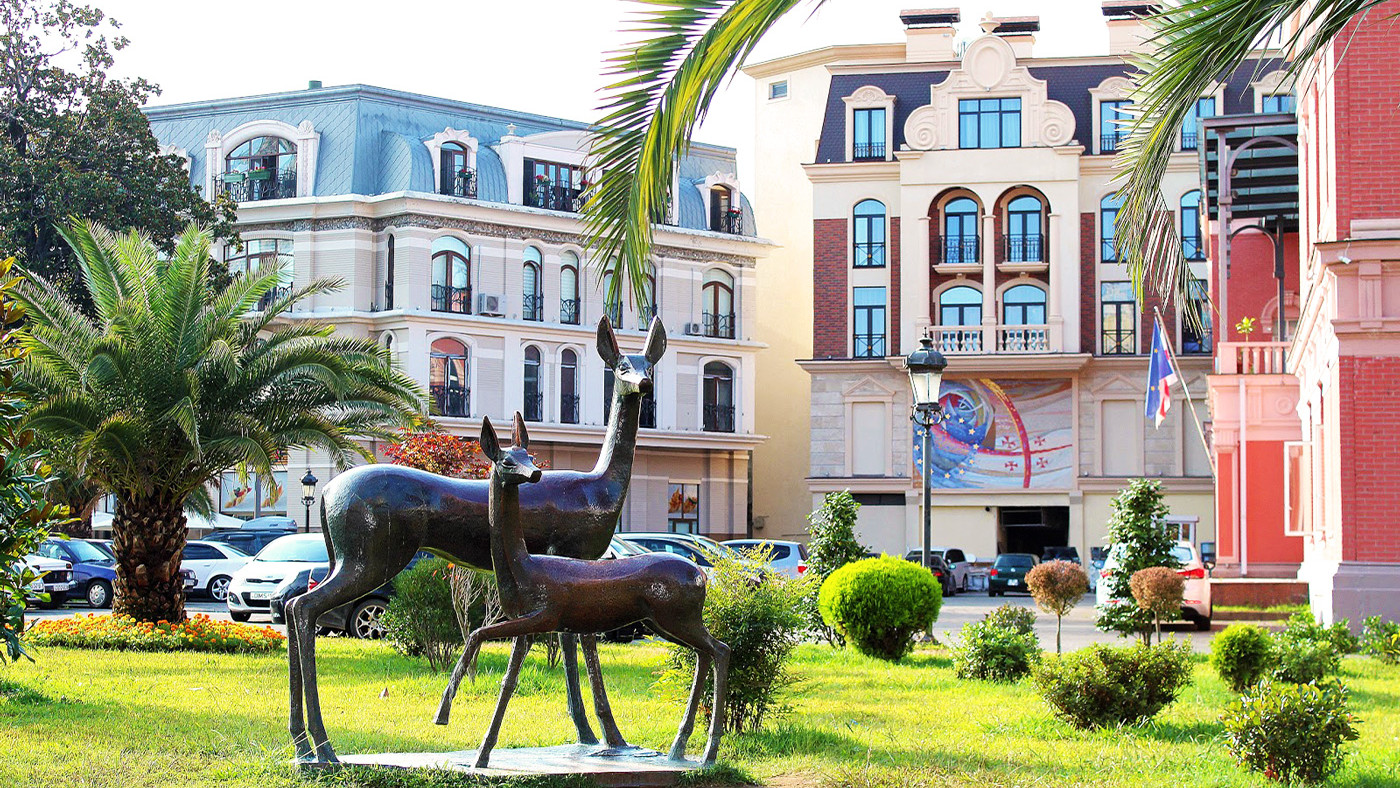 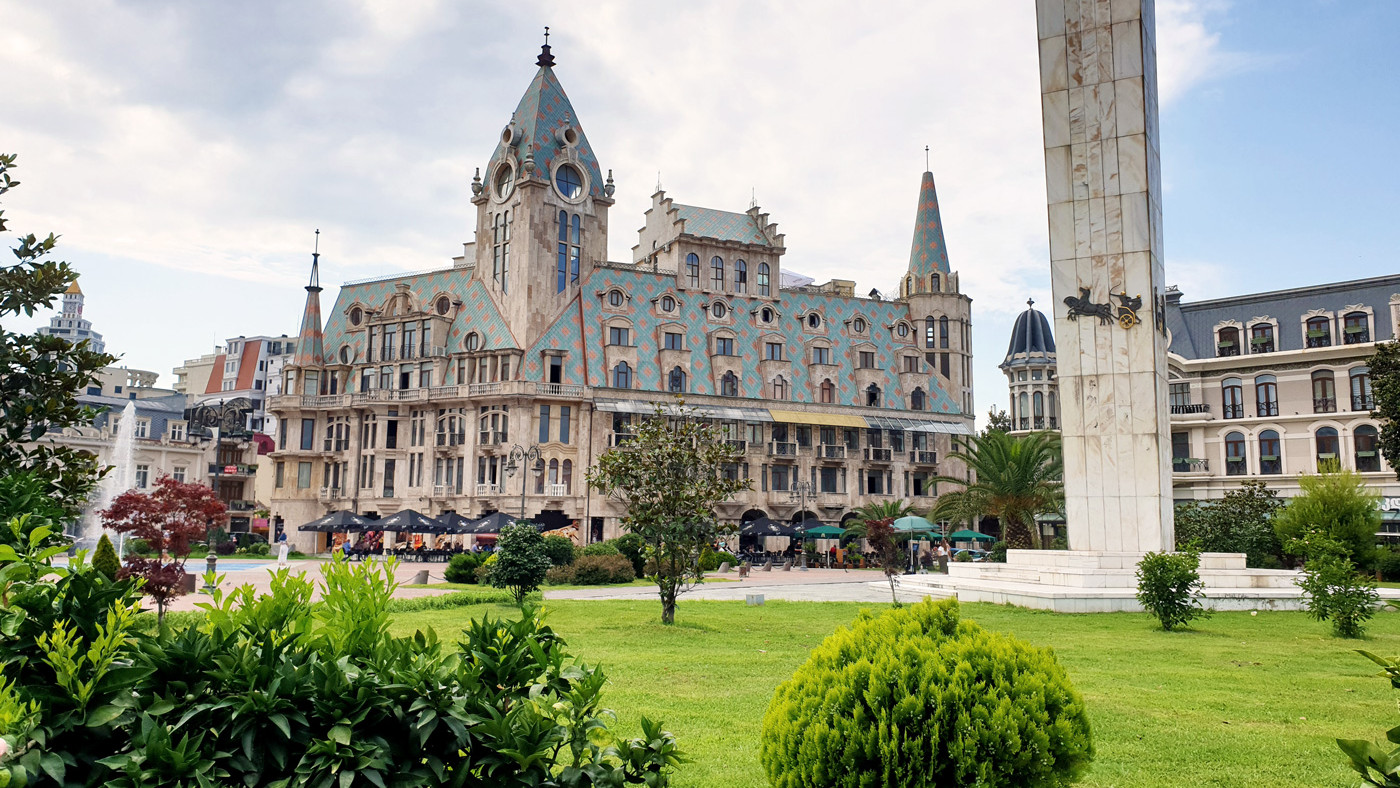 Europe Square in Batumi is one of the most beautiful and memorable sites in the city. Earlier it was called Era Square, however after Adjara Autonomous Republic joined the Assembly of European Regions in 1997, the square was renamed highlighting Georgia’s aspirations towards Europe.

One of the main landmark of Batumi is here, the statue of Colchis princess Medea (sculpture Davit Khmaladze, erected in 2007). She, the daughter of King Aeetes of Colchis is holding a mythical Golden Fleece. This miraculous sheep skeen covered with gold was main reason for Argonauts sailing the Black Sea. This is the story about Georgia's ties with European culture and a symbol of cultural connection to ancient civilizations.

A large fountain in the center of the square is perfect for cooling off in hot summer. An astronomical clock is fixed onto the facade of the former National Bank building. The clock rings loudly, tells time, provides relative positions of the sun, moon, major planets and shows the time of sunrise and sunset.

The square is a popular area for relaxation. You will find here cozy restaurants and open area cafes nearby. Have rest, taste delicious local food, and enjoy beautiful views around.