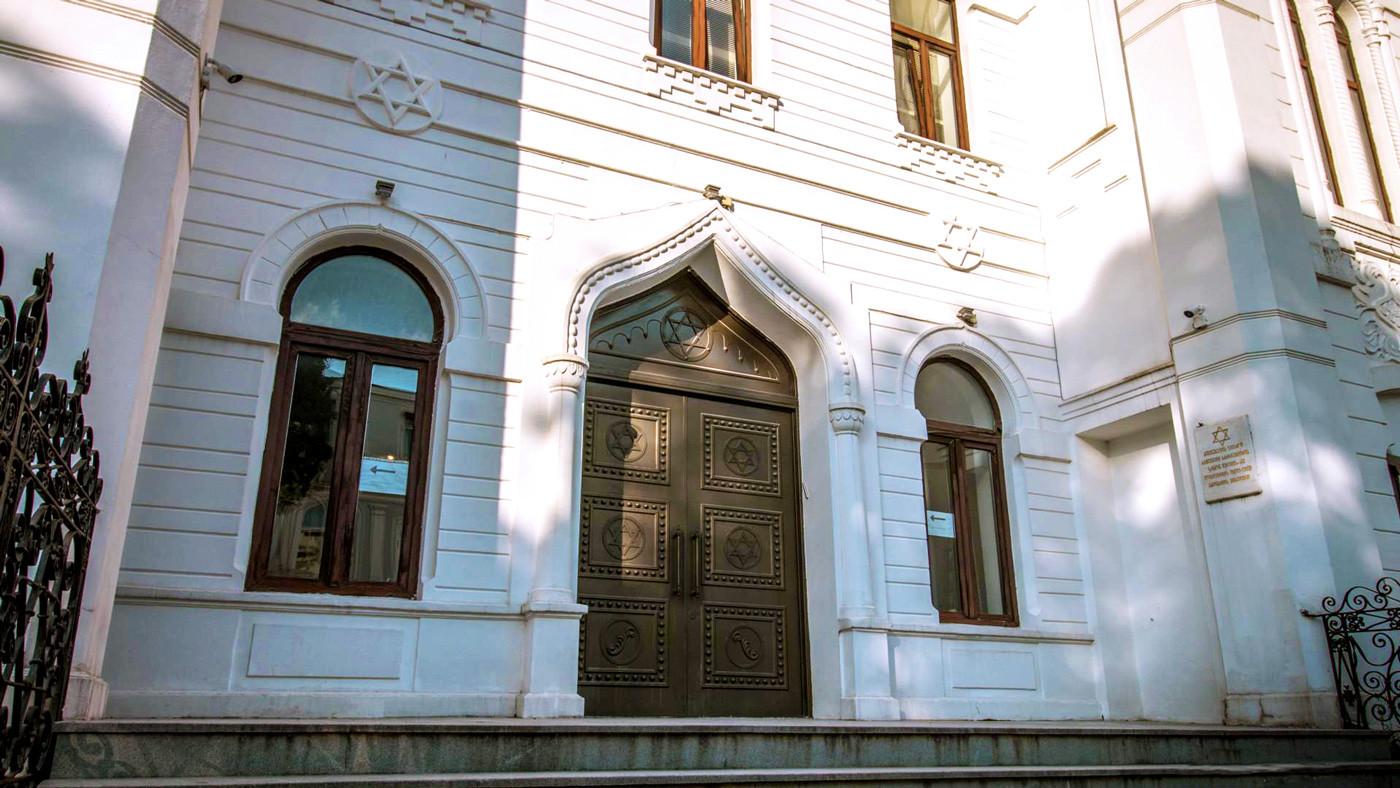 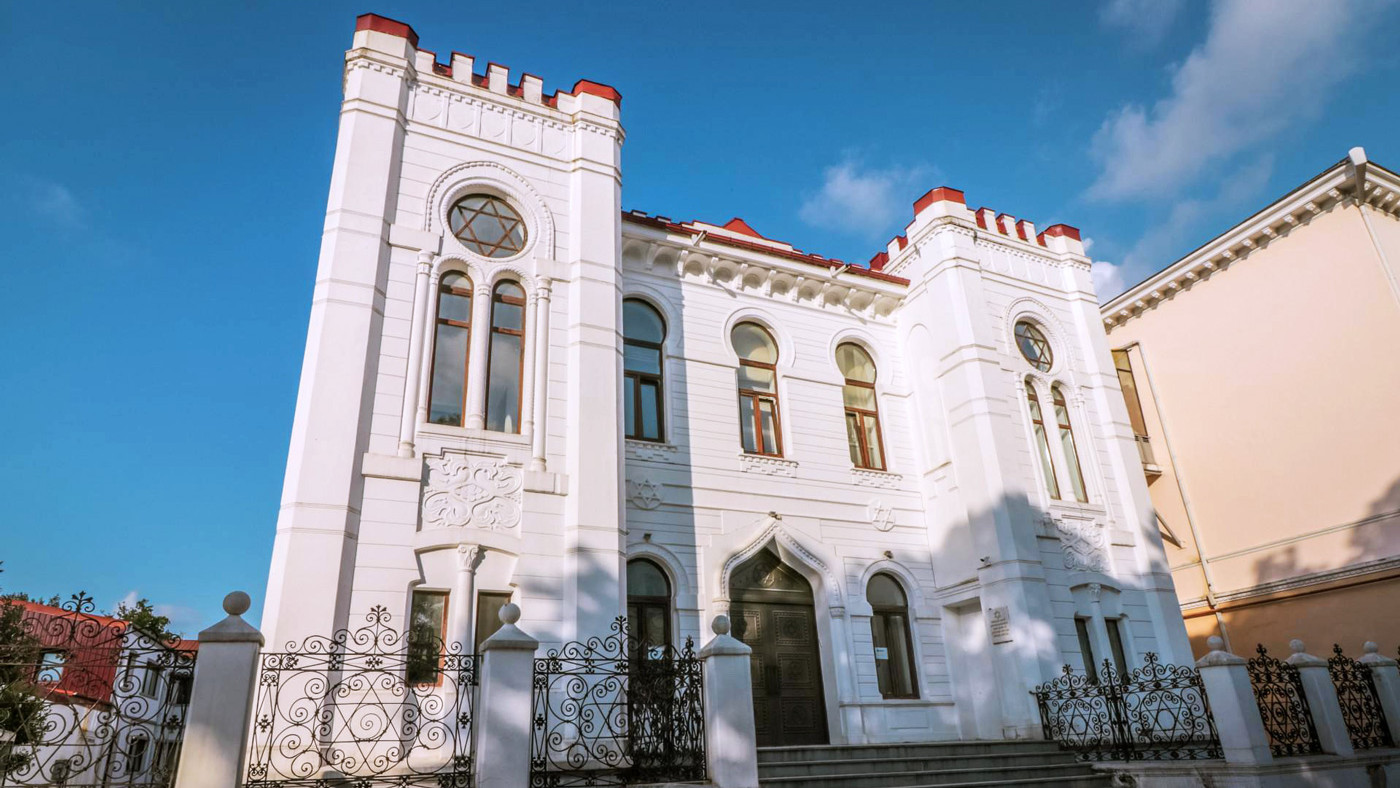 Jews appeared in Batumi mainly after the Russian-Turkish war during 1877-1878. In 1899 the Jewish Diaspora got permission from Emperor Nicholas II of Russia to build a synagogue in the city. The construction of the “Ashkenazi” stone synagogue started in 1900 and was completed in 1904 under the guidance of architect Semion Vulkovich, who took inspiration from the synagogues of Amsterdam and The Hague. The Batumi synagogue was used by Ashkenazi Jews in the city until 1923.

In 1929 the Soviet Government decided to close down the building,  instead, it was served as a hall housing several sports organizations. In 1993 Batumi Synagogue was given back to the Jewish community, restored to its original function in 1998, and renovated the same year. In 2011, Synagogue was granted cultural heritage status. The religious agency also considered a request by Georgia’s Muslim Department to take over ownership of eight mosques in Khulo, a cluster of mountain villages in southern Adjara.

Currently, about 70 Jews live in Batumi. Mostly they go to synagogue on Saturdays and Holidays. The place is also frequently visited by tourist groups who arrive from Israel.

After few minutes walk up the road to Vakhtang Gorgasali street, at number 10 you will find Beit Chabad Batumi, which is particularly active in summer during the influx of Israeli tourists. Here you can eat kosher at Mendy’s, they offer Georgian and Israeli dishes in a very friendly atmosphere.

Book private walking tour or contact us for more options