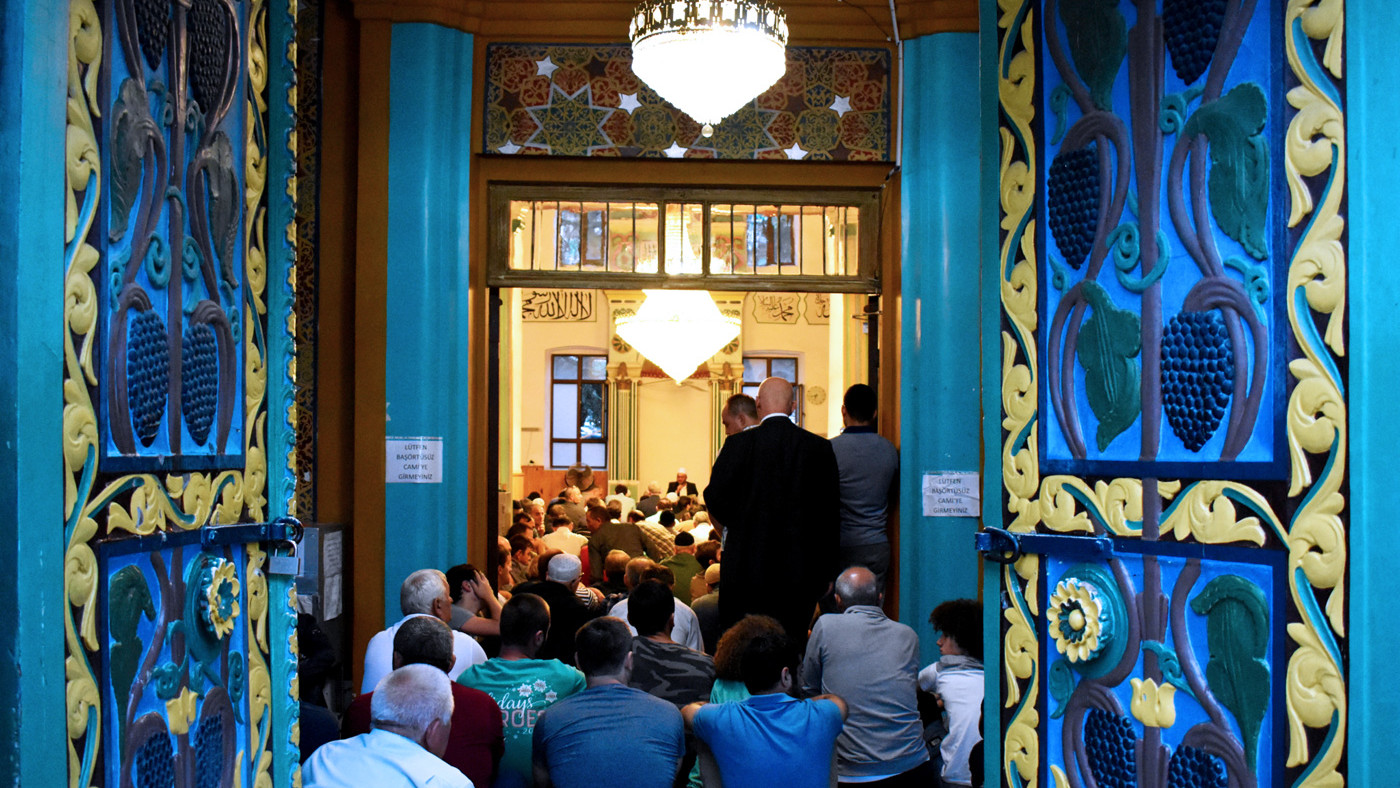 Batumi Mosque is one of the oldest buildings and the only surviving mosque in Batumi during Soviet time. Mosque was built on the walking distance from Batumi Sea Port in 1886, by the assistance of relatives of Adjarian public figure-Sheriff Khimshiashvili. The mosque is popularly known as “Orta Jame” – "Jamia" means " in the middle".

In 1946, Orta Jama mosque was restored, also received a yard, a small square, and a high minaret, in accordance with the Eastern canons.

A two-storey, right-angled mosque is a large building with a rectangular plan, which has a high minaret in the corner and a large gilded dome in the center. Its simple façade decoration contains elements of Islamic architecture. Survived in its original appearance, wood decoration on door ornaments, balconies, mimbars are based on the traditions of Georgian wood architecture, used in wooden mosques and dwelling houses.

A golden dome of the building and a tall, white minaret draw attention from the distance and play an essential role in creating a multicultural urban environment of Batumi. The entrance is marked by carved doors with a pattern on the Georgian motif-vine with bunches of berries, an ornament of yellow flowers.

The exterior of the building is plastered and painted in white. The ceiling, dome, and railings are colorful and nicely decorated with beautiful paintings of artists from Lazistan, an area in the North-East of modern Turkey.

Like all the other religious monuments, Batumi Mosque was closed during the Soviet era. In the 1990s renovation works were carried out, a minaret in the garden was constructed in 1995 and the mosque resumed its spiritual and cultural services.