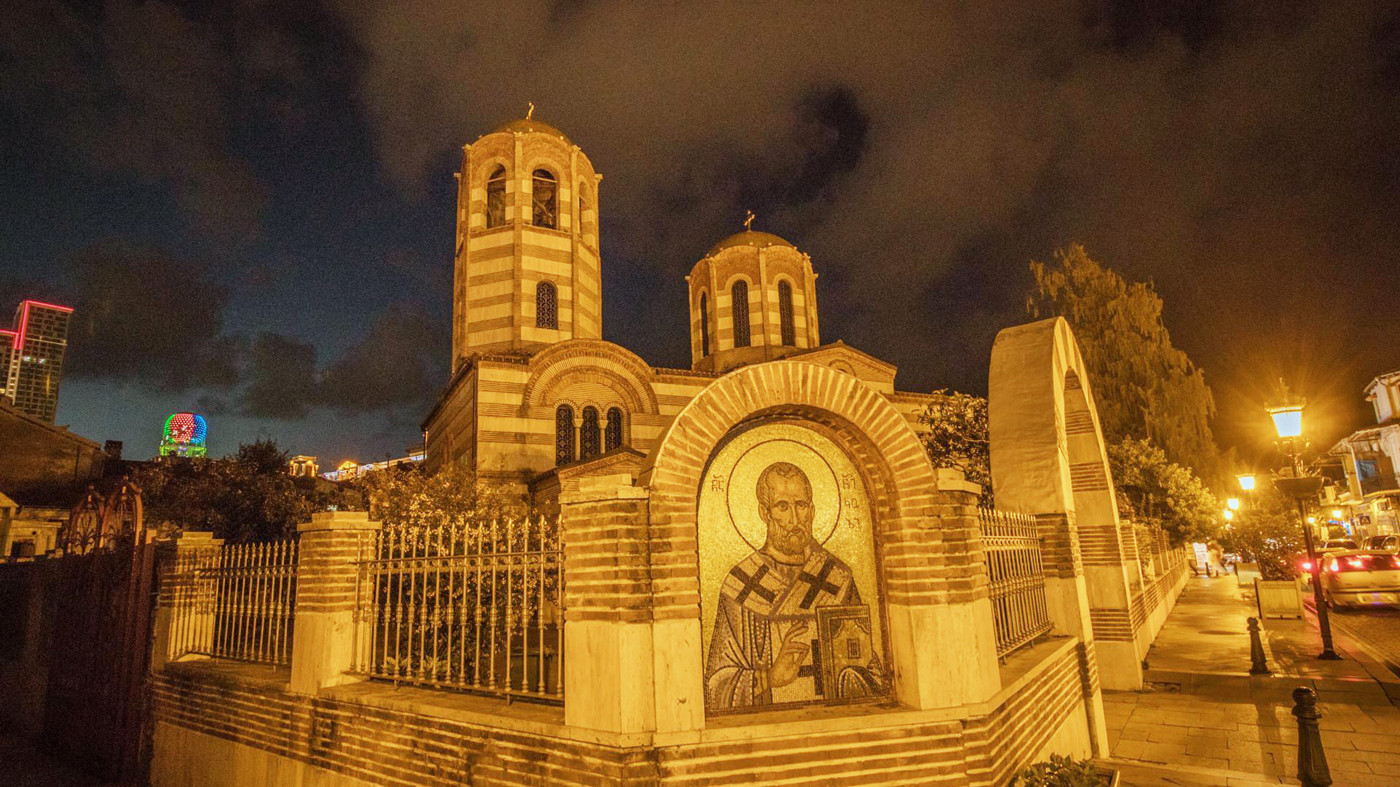 This large domed church with a prominent apse was built during the Ottoman period (1865-1871) by local Greeks. With its exterior forms and the interior artistic solution, the cathedral reveals close links with Byzantine architecture. The interior wall painting dates from 2002. On the western wall of the church there is a memorial stone with a Greek inscription saying: “The Greek Church of St. Nicholas. Construction period is 1865-1871”.

St. Nikoloz temple has always been a place of spiritual life and active educational center between 1894-1898.

The first liturgy was held here in 1871. In 1878 Russian military troops granted a bell, which still decorates the temple today.  Early in the XX century, Greeks from Khiros Island gifted the church the icons of St. Nicholas, St. George, and Blessed Virgin Maria.

During the period of World War II St. Nicholas Church shared the fate of many other religious centers. It was closed and didn’t open for almost 20 years. Due to the efforts of the Georgian intelligentsia: Tamar Nakashidze, Elizaveta Kotidi, and Patriarch Kalistrate (Tsintsadze) the St. Nicholas Church was re-opened in 1946. In the same year, the Orthodox community of Batumi contributed donations for restoration works.  In 1948, after the agreement of the government, the Catholicos-Patriarch of Georgia Kalistrate conducted liturgy in St. Nikoloz church.

The second stage of the restoration works was carried out in 1998-99 with the blessing of Bishop of Batumi and Skhalta, Dimitri (now Archbishop of Batumi and Kobuleti), and under the financial assistance of Mr. Zura Jaiani. An interior, the yard, and exterior of the cathedral were repaired.

Today the temple belongs to the Georgian Orthodox Church and is considered one of the most remarkable architectural monuments in Batumi.