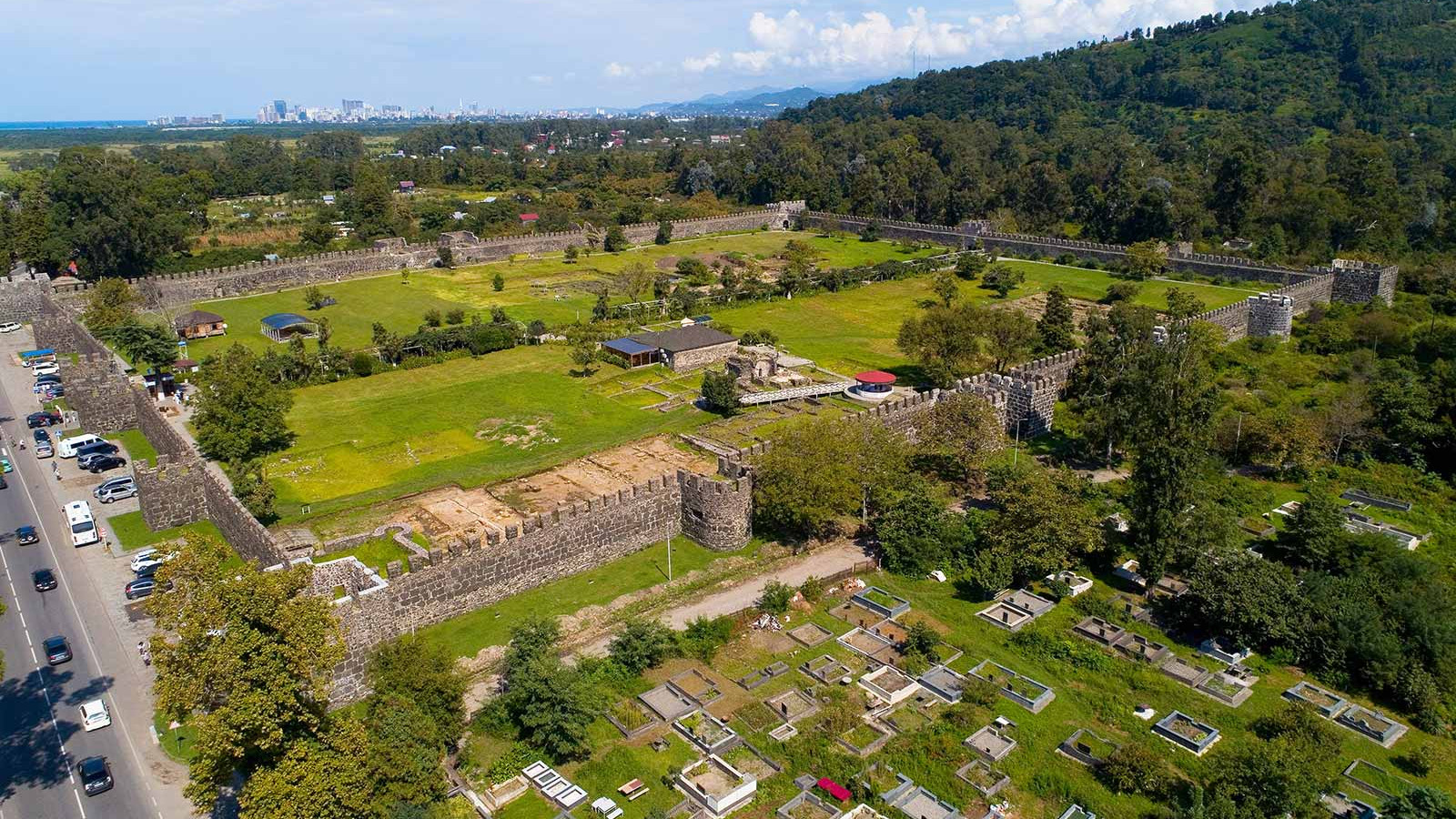 Gonio-Apsaros Fortress is situated 12 km north from Batumi, the capital of the Adjara. The history of the monument is mentioned in the ancient Greek and Roman documents. The chronicles provide an argument for monument's close connection with antique Greek Myth of Argonauts. As the legend tells us, King Ayet's son, Medea's brother was buried here.

Gonio Fortress is recognized to be an important strategic, political and economic centre belonging to the eastern part of the Roman Empire. Archeological excavations study the period of 18th-17th centuries BC and constantly discover amazing details. Here, the first evidence of the Bronze Period and the first data of ancient Georgian state formation were found. Gonio-Apsaros Fortress permanently hosts different scientific projects and nowadays has received the status of a Museum.